Why Can’t I Be You: Jordan Brooks

The Managing Director of the United State of Women talks political leadership. 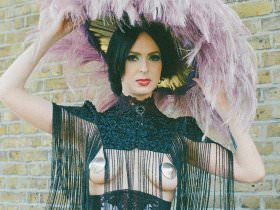 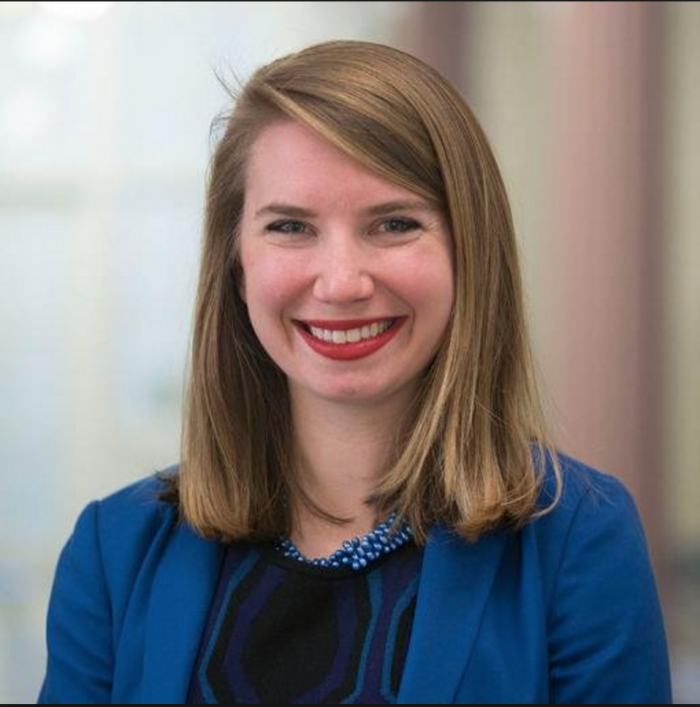 Meet Jordan Brooks. Proud Feminist. Bold leader. Sunshine embodied. And hopefully a candidate for #POTUS in my lifetime so I can work on her campaign.

Before taking the helm as the Managing Director and Chief Operating Officer of #StateofWomen, Jordan served as the Deputy Executive Director of the White House Council on Women and Girls under President Obama.

No matter where you live, you’ve probably been touched by the reach of her work internationally and domestically. Through her efforts on the Lili Ledbetter Fair Pay Act, the White House Task Force to Protect Students from Sexual Assault, the women’s health provisions of the Affordable Care Act, and the Advancing Equity for Women and Girls of Color program, The United State of Women, and the Galvanize program, Jordan walks her talk.

I caught up with her over the phone while she was traveling to Cape Cod during one of her many jaunts across the country organizing for gender equality and amplifying women and girls’ voices.

She taught me that that we can rise to the occasion by offering to help, finding strong mentors, and taking good risks. Read on to learn how she’s managed to stay and slay at the top of her game. Her advice just might take you to the White House, and yes Rookies, we need you there more than ever!

JAMIA WILSON: Tell us how you started out. How did you get from where you grew up to the White House, and to working with one of my favorite humans, President Obama?

JORDAN BROOKS: I started in college. I was trying to figure out what I wanted to do. I was really inspired by Barack Obama and his candidacy and it happened to be the spring of 2008. But I was graduating from college so it was a pretty great time to be graduating and be interested in politics. I applied for what at the time was called an Obama Fellowship and you had several people from all sorts of walks of life applying to what was really sort of an internship.

They called it a fellowship where you would learn how to do organizing for several weeks and we worked really hard. We were very dedicated so they hired many of us to be field organizers. That started in June of 2008. In August, they hired me and I got shipped to Southwest Virginia and was a field organizer in the four counties surrounding Blacksburg, Virginia. It was incredible. It was so interesting to be in a different part of the country.

Where were you from before?

I’m from upstate New York but went to college in Indiana. It was just great to learn about a whole different group of people. The Democrats down there a very dedicated. It was really an incredible time to be there. I spent the next four months of my life organizing those four counties to make sure they came out for Barack Obama.

We did better than the Democrats had done since 1964 in that area which is amazing. And I got lucky and I had several friends who were working on the inaugural committee and we came back after we won the election. I started working there and I did political work for them.

I was organizing progressive groups that were coming to the inauguration and making sure people got tickets and that sort of stuff. I again was in the right place at the right time and asked some friends if anyone in the White House needed help or an intern.

Before there was an intern program anybody or anything like that at the White House in February of 2009 they had what, they called the associate’s program where they hired about 40 that were former campaign staff to come help out before they had a formalized program. I was put in Vice President Biden’s office because that’s where some people I knew were and then they hired me in June 2009.

What kind of work did you start out doing for Vice President Biden?

I started out as a photo editor which I didn’t have a ton of experience doing but it was an incredible opportunity to be in the White House and then I stayed for eight years after people kept giving me new and interesting work to do.

I worked for Lynn Rosenthal who was the Vice President’s Special Advisor on Violence Against Women. I then moved over to the First Lady’s office to be Tina Tchen’s [Tina served as chief of staff to First Lady Michelle Obama, special assistant to President Barack Obama, and the executive director of the Council on Women and Girls], Special Assistant where I did a lot of the work organizing what she was doing and making sure she was going where she needed to go.

Then, I started doing some work with the White House Council on Women and Girls where I moved for my last two years at the White House. It was a risk to take an internship that I really knew nothing about but it really shaped my trajectory for almost ten amazing years of my life.

I know several young people who struggle with imposter syndrome or feeling like they aren’t qualified enough. What do you think led you to be able to say, “Yes, I’m going to the White House!”?

It was one of those things where I really was excited about Barack Obama. I really wanted to do something to help. I applied online and I had no idea if it was going to work, or if it wasn’t. To your point, I really was very nervous when I went in for my first training down in Hampton Roads in June of 2008 because I had no idea what I was doing. I was a Political Science and Gender Studies major in college but I never you know I never worked on a political campaign more than just volunteering in my life. I didn’t think I was going to do it.

President Obama inspired me. I applied hoping I’d get in on a whim, and never thought I would. But then I met so many people from all backgrounds from all over the country who had the same feeling about him and decided to sort of drop their lives and do this. It was really extraordinary. Whenever you feel like that, it’s something you should follow. If you’re a little scared about it, if you’re really nervous that they may not take you but you still feel strongly about an opportunity, it is a good sign that you should still try to do it.

Tell me about your amazing mentors and how they helped you take on new things and challenges during your time at the White House. What did they teach you about the value of mentorship?

I had extraordinary mentors. My three bosses in the White House were amazing women, Lynn Rosenthal, Tina Tchen, and Valerie Jarrett who are very interested in making sure that women are taking chances and building their skills and developing their political expertise. When we first started, Lynn had no staff. I asked “how can I help you” and I was able to do way more than expected because she didn’t have staff but also because she wanted me to try new things. Valerie and Tina were the same. They were extraordinary with letting me build a portfolio I cared about and to think of new ideas and implement them.

One thing I love about you is that you’re an excellent mentor and partner. I have witnessed you inspiring people with different viewpoints and approaches to organizing to take action on behalf of gender justice. What is it like to build a movement through the State of Women that is both inclusive but also intentionally progressive?

Focusing less on politics and more on specific issues has been really helpful to bring in a broader group of people. Tons of people who care about human trafficking and care about sexual assault on campus might not come to it traditionally through what you would think of as “women’s organizations” but through religious entities.

When we’re going across the country, we’re making sure that we’re talking about the intersections of race and gender and socio-economic status and gender identity. We’re listening to organizations and the groups that have been doing this for a long time. That’s what we think is really important.

We’re talking about school discipline for girls of color in inner cities. I didn’t grow up in an inner city. I’m not a young woman of color. It’s important that we’re helping lift up the work of organizations doing this work on the ground and helping to build capacity for them. All of these issues are aligned and are intersectional issues. We’re listening to women and girls of color who are leading the reproductive justice movement and looking to lift them up. It’s really about bringing people together across issue areas and listening to the experts on the ground who are doing the work. It’s good to see people coming together in this new political environment.

Now Jordan’s running her most exciting project yet, the Galvanize Program. Galvanize is a series of local #StateofWomen summits that help train women to run for office, mobilize their communities and own their leadership skills. Jordan and her team are looking for “badasses” to take charge and stand for reproductive and gender justice. Ready to make change? Become a partner. ♦

jordan brooks why can't i be you