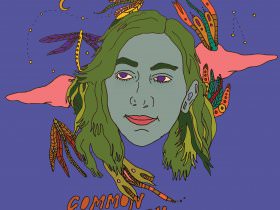 Amelia’s horoscope: Your keyword for the new moon is responsibility. Lady Luna is in your 10th house of reputation, so you’re being called to take on a more serious public image. After this, people see you as an authority figure!

Dylan’s advice: Like Amelia mentioned in the eclipse overview, this new moon is known as a “destiny point,” which sounds kind of major! The 10th house is, as it were, the realm of your destiny, your impact, and your presence in the greater world. So this day is like the sharpest point on the knife you’re using to carve your place in the world. What shape will that chiseled form take? That’s your theme today. Put yourself front and center of your dreams and make some unabashedly lofty goals. Go after a prize or award by submitting your work to a paneled jury. Create or refine your dream school or dream job goal. Make a statement like, “I want to be the queer Oprah,” or “maybe it is I who is the black Bill Gates in the making!!!” Or something like that. Don’t be afraid to match the drama in the skies with dramatic visions of your blindingly bright rising-star life!