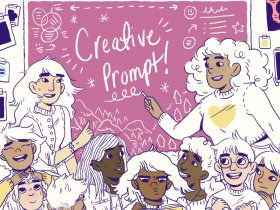 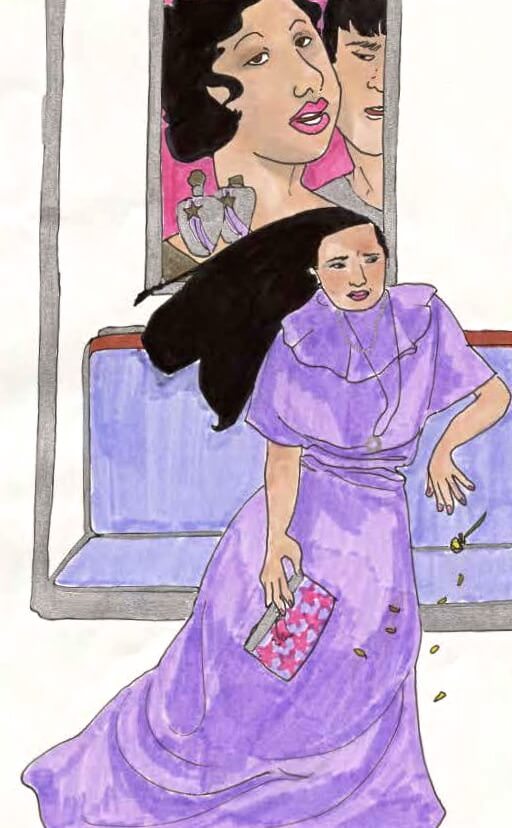 First of all, in case you missed it: We just announced the next Rookie book! Go learn all about it!

And now for this month’s theme: DESIRE. We were inspired by classic sexual awakening albums (Janet Jackson’s self-titled, Madonna’s Bedtime Stories, Prince’s everything, PJ Harvey, Lil’ Kim, Missy Elliott, sorry this parenthetical just got so steamy); film stills where street lights drip like paint, out-of-focus and bleary-eyed damsels in distress, Sam McKinniss portraits that make a subject look like both royalty and a superhero, Marilyn Minter paintings of lacquered lips and nails through misty windows, Saul Leiter’s milky street lights, and Daido Moriyama’s blunt neons. The Kardashians’ Great Gatsby-themed party and how they either misinterpreted or chose to celebrate the book’s critique of insulated wealthy people. (I am a sucker for meta pop cultural events that are so stupid, in such a stupid world, that they almost become prophetic.) The video for Kanye’s “We Were Once a Fairytale” and how it makes the innermost rooms of a celebrity-obsessed society—the most privileged spaces, the most exclusive parties—seem utterly nucleus-less and soul-zapping. And, finally, the Jenny Holzer that echoes endlessly after you first read it: PROTECT ME FROM WHAT I WANT.

…suggesting that there is something primal about the impulse to announce yourself, stand out; the same human need that drove the world’s oldest cave paintings, particularly the one that’s just some guy’s handprint, over and over: not a record of the things he saw, just an “I EXIST.”

But a velvet rope implies exclusivity—power (like status, not a literal feeling of empowerment) can only exist in relation to others’ lack thereof; a winner isn’t a winner unless there are also losers. The title song goes on:

We have a special need
To feel that we belong

To feel like you belong, just as a person on planet earth, is different altogether from trying to belong behind the velvet rope—OR IS IT? I think the desire to appear special, better-than, even famous, is sometimes just a roundabout way of trying to feel a sense of belonging to the human race. Maybe an extreme reaction to never feeling a basic “I’m OK”—like OK-ness is such an elusive feeling that you think you have to be exceptional in order to be worthy of it. In the U.S. at least, one is taught that fame is a shortcut to love, when it is actually a long-cut to being in constant need of more love. Like in an interview with Garry Shandling that I cannot fact-check because I don’t want to pay Marc Maron’s paywall slash I think it’s sort of interesting to see how you retain or reinvent someone else’s words when you try to recite from memory, he said something like, “Everyone always thought the characters on The Larry Sanders Show were assholes; that it’s just a show about people who want to be famous. Really, it’s a show about people who want to be loved.” Like in this episode where he’s dating Illeana Douglas and she’s a really boring late-night guest so he’s really controlling throughout her interview. So afterwards she asks him, through tears, if he would still love her if she hadn’t been a good guest. And it feels like what she’s really asking is if she’s deserving of love, at all, period; just with different words.

I love that show so much. There have been times in my life when I have felt wholly incapable of doing anything except watching it and hugging a pillow. Among so many other things, it shows how celebrity can be an effective aperture for looking at mortality: entertainers strive for immortality, but watch themselves die every time the public loses interest. Which is also why, in the series finale, when Larry’s show is finally over and he leaves the studio for the last time, the song “Will You Love Me Tomorrow?” comes on over the credits. And in THIS day and age, anyone who uses social media knows the experience of trying to see their own self-worth reflected in a faceless crowd.

In any case, wanting to “belong” implies that real life is happening elsewhere, not within you. Other people are real people; you are a non-person. The center of gravity is over there. At some point this feeling of alienation can become an excessive, arbitrarily placed animosity. F. Scott Fitzgerald wrote in his bleak essay about breaking down under the pressures of success, “Life was something you dominated if you were any good.” What a great way to ensure you’ll never feel content.

So this month we’re exploring how we try to belong, or feel special, or both, by seeking out love, be it in the form of romance, sex, material things that we are told will make our lives better, social status that’s supposed to somehow be preferable to a few very solid close friendships with people you can truly depend on, using drugs or alcohol to chase a high or, failing that, to numb your feelings altogether. Lorde’s Melodrama almost makes self-medicating seem like an act of true beauty until she somehow also captures the sorrow of its aftermath. From “Sober II (Melodrama)”:

Lights are on and they’ve gone home
But who am I?
Oh how fast the evening passes
Cleaning up the champagne glasses

The album is set up by a recent heartbreak and explores glamorous, fun ways of overcoming it, but in the end, it seems the only actual solution was making the music itself. Using one’s issues to explore grander themes. Contextualizing them within the human condition to both do justice to the weight of your experiences and break out of the solipsism they invite. Making friends with your demons by capturing them in song. The last track, “Perfect Places,” is so probing and existential that it almost invents a new kind of glee, concluding the album with the question, “What the fuck are perfect places, anyway?”

That’s why it’s also the last track on a playlist I made after reading Shadowbahn, a new sci-fi novel by Steve Erickson. It’s the year 2021, the U.S. has disbanded into states that identify as either Union or Disunion (you know kind of like how divided we are right now lol!), and the Twin Towers suddenly appear in the middle of the Badlands. Within a small radius of them, every visitor hears a different song. Music evaporates from the rest of the country except from within a young girl who emanates radio waves. Elvis wakes up in one of the Towers and jumps out into another dimension, reborn as his identical twin stillborn brother (who did exist in real life). Then it goes back in time and imagines an alternate timeline of the last fifty years in American politics and pop culture. Using music, all the while—reviews and playlists of songs and their shadow-songs—to track the promises and shortcomings of the American Dream. It made me feel some more humanity towards the current state of things rather than complete rage; see it as one part in a chain of events; want to understand the (I think) failed experiment some of us live in rather than just distance myself from it. The epigraph, from an Allen Ginsberg poem, reads: “America, the plum blossoms are falling….I refuse to give up my obsession.” So if you want some carefully sequenced songs about power, belonging, and searching for a Real Love, here’s four hours’ worth!

This theme has many other facets, as well: the desire for your life to “start” when you are young and told that you’re not yet a real person and maybe can’t even get anywhere without someone driving you; the intense desire—nay, need!—to vomit how you feel when you physically don’t have the vocabulary to; first sexual/romantic encounters. As always, mosey on over to our Submit page to learn more about sending in your own reflections on all of the above, be they in the form of writing, illustration, collage, photography, comics, etc. forever.