A chat with the political cartoonist. 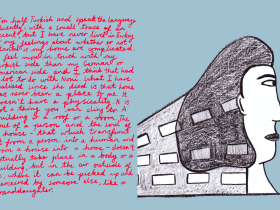 There Will Be Silence 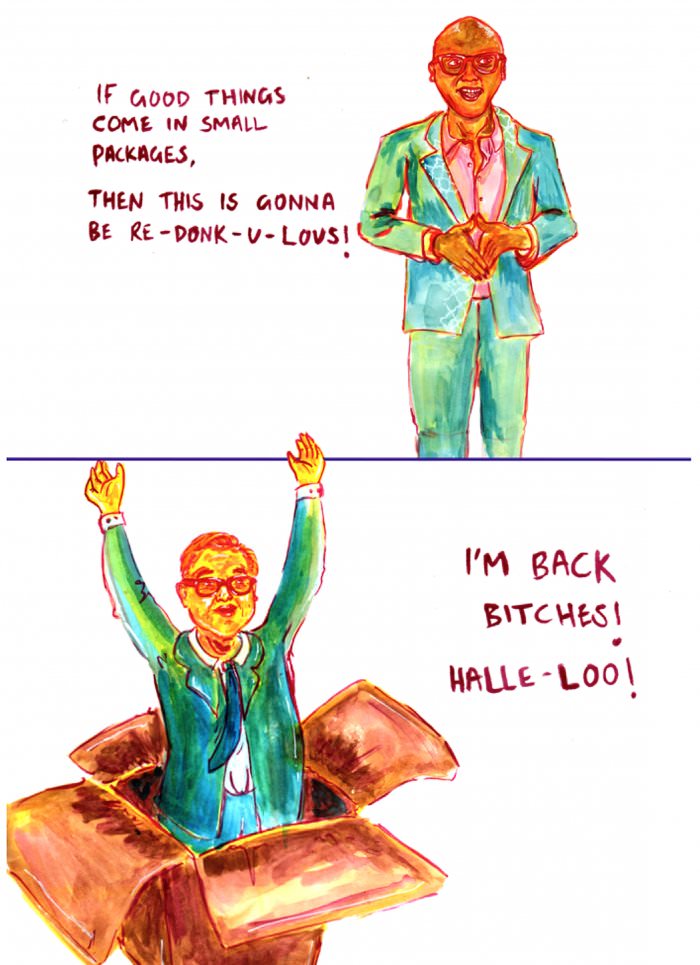 Artist Farnaz Zare-Azirani is based in Bristol, and makes intelligent, humorous illustrations that personally reflect on the current British political climate. Zare-Azirani also writes, and is involved in creating online satirical sketch show, The Mipy Show. We spoke about gal-dem magazine, political alignments and, chuckling.

MINNA GILLIGAN: Hi Farnaz! I found your work via the amazing gal-dem online magazine. Could you tell me a little more about your involvement with the publication and what it’s about?

FARNAZ ZARE-AZIRANI: That’s great! My involvement with them is mainly drawing things—as an Iranian woman, I thought gal-dem’s message was a particularly important one, and kind of hit home with me. There were often times when I was growing up that I felt out of place because of my ethnicity, but I wasn’t really able to put it into words until gal-dem came along. I originally started off just sending a writing pitch to the opinions editor [Heather Barrett] and we just sorta went from there. Creating work for them gives me a sense of pride that as a woman of color, I am just as capable of creating interesting work as my white peers. It feels great being a part of gal-dem’s illustrators!

Have you always felt a need for self-expression via visual art and words, or was there a time later in life when you became aware of your creativity in these mediums?

I have definitely always needed to “express myself” in one way or another—there were times when I might’ve gotten distracted because others would tell me to focus on “proper subjects” or whatever but I would always go back to art—it always felt very natural to draw or make something.

Could you tell me more about Bristol and what it’s like to practice creatively there?

Bristol has a certain vibrancy that I haven’t really experienced in other cities. Sometimes I forget that not all places have such a focus on the arts, and I feel pretty lucky to be living here. Also most things are within walking distance, and in comparison to London, you don’t need to spend a fortune on travel.

At the moment a lot of your illustration works are based on current events in British politics. Could you delve more into your personal stance, and into what motivates you to communicate politically via your illustrations?

If you haven’t guessed by my work, I am very much a Labour supporter—more specifically a Corbynite! Admittedly, if Corbyn ever did do something a bit silly (heaven forbid) I would probably make a comic about it because at the end of the day, I just want to lampoon people. Humor is a definite motivator—I like drawing things that make me chuckle. The cartoons about Theresa May [Prime Minister at the moment] and Paul Nuttall [ex-leader of UKIP] tend to write themselves because I find them both so naturally absurd in character.

I didn’t realize they were different! But yeah I definitely see them as cartoons—when I was younger I was quite into reading Steve bell and Martin Rowson cartoons, and I always enjoyed deconstructing them. But one element I took from reading those cartoons is that I wanted my own work to be a lot simpler—I didn’t want to have some big hidden meaning behind them, I just wanted them to be relatable and a bit ridiculous. I’m quite into surrealism.

You’ve mentioned in your writings that you grew up in a family of first-generation Iranian immigrants. How does this facet of your identity seep into your creative work?

This definitely is something that seeps into my work quite naturally. Whenever I create a piece of work, it does always appear through the lens of a second-generation immigrant—it’s probably why I think Paul Nuttall is so hilarious. But that doesn’t mean that I think about it all the time, sometimes I just want to make a ridiculous comparison and go from there.

Do you feel the need to compartmentalize your writing and your visual art, or do you see them existing fluidly together as products of your creativity?

Definitely not—I mean alongside these political cartoons, (shameless self plug) I am also part of a sketch show team where we write, film, build and edit all of our short skits. I think that just recently finishing an illustration course, where the term “illustration” was very loosely defined, this has enabled me to focus less on putting things into certain boxes and just finding vehicles that help me promote whatever message I’m trying to say that day.

Do you have a favorite medium to create your technicolor paintings/drawings?

At this moment in time it’s watercolor. I’ve been known to change materials often though, sometimes getting quite obsessive, but then moving onto something else. I’ve been told I have a short attention span, so maybe it’s to do with that.

What is it about your color palette of warm yellows, oranges and reds paired with cooler greens and blues that you enjoy or find effective in your work?

The funny thing with this is that I only started using color a few months ago—previously I wouldn’t have touched a hue beyond black. However, I find that I am able to express much more with my work if I use certain colors–the conservatives are often cold and dark and the labourites are often warm and friendly–very biased but what you gonna do eh?

What is your favorite subject matter to illustrate and why?

Paul Nuttall, without a doubt. Now that he has stepped down, I am going to miss drawing his big round head.

Lots of things! I really enjoy the medium of films, books, graphic novels and TV, especially if they are ridiculous/make me laugh. One person that comes into mind is Taika Waititi, who directed ‘What we do in the shadows’, a mockumentary about vampires. I really love a good mockumentary actually. Obviously I am also very inspired by Steve Bell, I have a framed picture of his autograph in my room…

What are your aims for your visual art practice and yourself in the future?

This genuinely changes on a regular basis. Sometimes I want to work in TV/film production, other times I want to find a book shop to work in and have a quiet life. The main goal at the moment is to keep making cartoons and short films, promote myself and see where that goes

What are three words that describe your creative output?

“Is this funny?” If the concept doesn’t make me chuckle, then it’s scrapped. ♦