The songs that send the singer down memory lane. 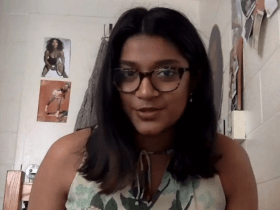 Upasna Asks: What If I Don't Like My Name? 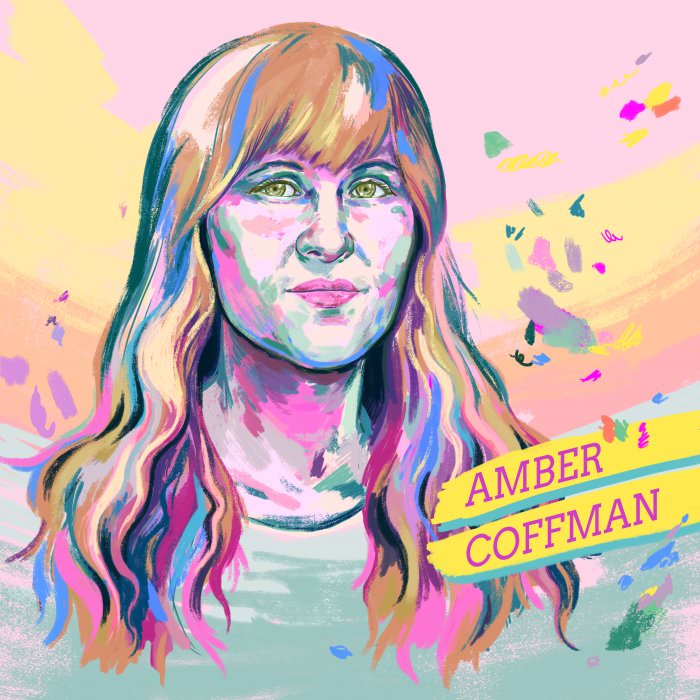 You may already be a fan of Amber Coffman’s music. The former Dirty Projectors vocalist is no stranger to the music industry and she’s just getting started. Her debut solo album, City of No Reply, was released earlier this month. To celebrate the new album, we asked Amber to tell us about the songs that shaped her.

It’s really hard to pick a Mariah song, since she was such a part of my life from early childhood to preteen adolescence. This was the first album (of anyone) I recall ever having, (besides a tape of Teddy Ruxpin songs or something.) I still have a vivid memory of being in second grade and wandering off alone at recess all moody, singing this song to myself on a hill of grass that smelled like onions.

I think I was about 12-years-old when this came out. I saw the video on MTV for this song and was so intrigued and had to have the album. Perhaps this was my first introduction to music of a sort of higher consciousness. She had this wisdom and maturity that felt distinct from artists I listened to before then, and though much of it was surely over my head, I was drawn to her voice—her style and delivery, and maternal energy. Had this album on repeat for many months. I remember singing and dancing along in the car with my mom.

This song still sounds incredible to me. I remember obsessing over this song in junior high school with a friend. The lyrics are full of sex metaphors and double entendres, in true SWV form. Most of those were probably over my head at the time I first heard it. But the harmonies are other worldly and mystical. And that bass line! One of my all-time favorite songs and favorite groups.

Aside from a cassette tape of Salt-N-Pepa’s Very Necessary I had when I was super young, I think The Score was the first rap album I actually owned (I was around 11). My gateway to Fugees had been “Killing Me Softly,” but once I had the album, I was completely mesmerized by the entire thing. “Ready or Not” was really cinematic and had this sense of a mission. I remember this futuristic video of them in a submarine or something like that. I listened to this album non-stop in the summer of ’96 to the smell of citronella candles.

I was probably around 12 or 13 the first time I heard this song and it really stuck with me. At this point in my youth I hadn’t heard a woman sing in such a raw and forceful way, and I was really intrigued. It timed well with my budding teen angst. This was probably one of the first songs I learned on guitar.

6. “Twenty One” by The Cranberries

I listened to this album a ton when I was 15 or so. It was a bit of a revelation to hear a woman doing all of these strange and exotic sounding things with her voice but still singing really beautifully and melodically. I think it opened my mind up a bit to different possibilities. I remember having this on a lot late at night before I fell asleep.

I was pretty obsessed with this song when I was 16. Probably listened to it hundreds of times. It was dreamy and beautiful but also scrappy and awkward. I had only been playing guitar for about a year at this point and it just made me think about the different things you could do. I remember teaching myself the line and finding it quite meditative.

I discovered Sonic Youth when I was 16, about a year after I had been exclusively going to local hardcore shows (in Northern California.) The hardcore scene was of course, extremely male dominated. I don’t know if I remember a single band with a female member, but every time I would see a band all I could think about was how badly I wanted to be in one. I wasn’t that aware at the time of a lot of heavy bands with female leads—chalk it up to many of them being slightly before my time, and/or to living in small suburban towns pre-internet. But when I heard this song, I was blown away. Heavy and mean as hell, catchy and super strange. Kim was singing as un-pretty as possible, which again opened up in my mind another set of possibilities for not being pigeon-holed as a female artist. I still love this song as much as I did then.

The first version I heard of this one was actually a live version, from the live album, I Might Be Wrong. I was 17. I had slept on Radiohead up until this point for some reason, but I bought this CD browsing through the bins at Hastings in Flagstaff, Arizona. I was absolutely floored by the raw power and genre busting uniqueness of this song/band. Listening to it felt like a third eye opening up or something. It actually felt like a very physical experience.

I bought Vespertine when I was 17. I was living in Flagstaff, Arizona that year which is high up in elevation and full of big pine trees and quite snowy and beautiful in the winter. I drove around listening to this album on repeat for months, and I remember the music going so perfectly and magically with the trees with sparkly white snow on them. This song felt like the musical embodiment of the most wonderful dreamy and sacred side of the human experience. I had never heard vocals recorded like this, so close and intimate with all of the breaths in there. I’d never heard a beat like it either. It was warm, blissful, other worldly.

I got this record Moon Pix around 2003 I think. I had never heard anything like this. It was strangely heavy and mellow all at once. I loved her voice found her delivery so mysterious and intriguing. There seemed to be a freedom in it, albeit with that deep sadness. I think it sort of bridged a connection for me as a young adult to folk and Americana, not just as the music of my parents or a bygone era, but something that could be contemporary and not utterly lame. It sounded really fresh even though I didn’t hear it until five years after its release. I listen to it now and still don’t think I’ve heard anything quite like it since. It was simple and anthemic, knowing, meditative and seductive. ♦