Just Wondering: How Do You Know If Someone Is Right for You?

Advice on beginning a relationship. 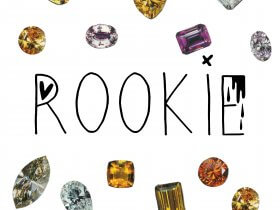 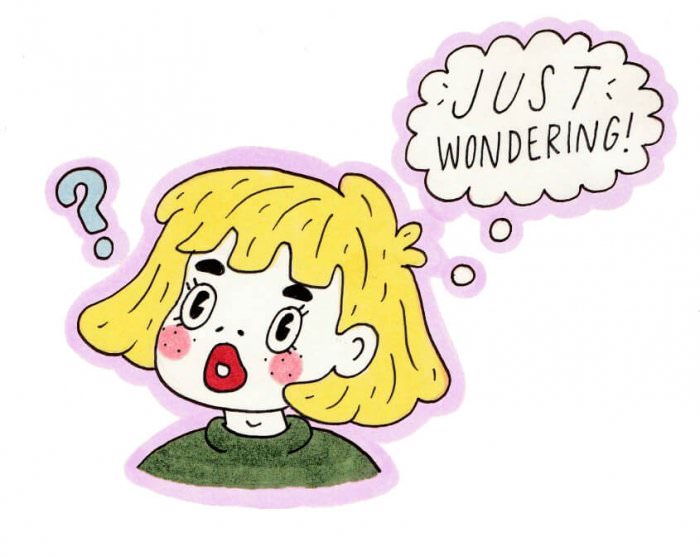 How do you know when someone is the right one? I am interested in this boy, but I don’t know him that well. If we meet up, I am worried that we won’t have much to talk about. Does easy conversation develop over time? Should you feel the same around a potential boyfriend as you would around a friend you click with? I recently got out of a relationship with a boy I liked for ages. I made a real effort, and we spent a lot of time together, but after about two months of going out, I suddenly didn’t like him anymore. Is there some way I can gauge whether a boy is “right” for me? —Maye, 17, Australia

I hate to spoil the dozens of films devoted to the stories of women with beautiful highlights searching for Mr. Right, but I am here to tell you that Mr. Right does not exist. Or Mr. Wrong, for that matter! Us humans are so fickle and constantly evolving, we can’t be categorized as “right” or “wrong” for one another. Perhaps you like a boy for months, but the more you get to know him, you find you only really like the way you imagined him to be. Or alternatively, maybe over time someone you’d never consider having a crush on becomes the only person you can think about!

Those two months of going out with that boy you liked, then suddenly didn’t like, weren’t a disaster. Consider them a learning experience for what does and doesn’t appeal to you in a relationship or boyfriend. It’s OK if things don’t work out between you and someone else, as long as you respectfully tell them how you feel and don’t just communicate over text or completely “ghost” on them. More important, you shouldn’t let fear of changing feelings prevent you from exploring those feelings. You don’t need to make one feeling last forever, even if it is a good feeling. Change doesn’t necessarily mean failure.

I understand your anxiety all too well because I went through the entirety of high school and most of college thinking that no guy was the “right” one. I knew I was attracted to boys, but I never seemed to get along with them the way I did with girls I befriended. All I really desired was to feel the same feeling around a potential boyfriend as a friend I clicked with.
It wasn’t until last year, when I was 21, that a boy asked me out! I thought this particular boy seemed funny and nice, and piqued my interest in a way that was historically abnormal for me. Look, I never think boys are very funny, which is probably why I never really get along with them as friends in the first place. But I was freaked out about hanging out with him, because I was scared of what would happen if it went horribly, or worse, really well! Like, even though I’m rational enough to know better, I was convinced that if it went well, then I’d have to immediately commit to signing up for a wedding registry, followed by a miserable life with a boy I barely knew and multiple Vitamixes.

I remember weighing my options on how to reply to his message, which were (1) ignore him, (2) vaguely reply with some emoji, but never follow up on a time or place to meet, and (3) text “Yes, how about next week?” I went with option 3. While the idea of a date or something resembling a date was scary, at least it gave us a chance to try to get to know each other.
The date started out a little awkward, and I wouldn’t say sparks flew. Like, the highlight was when he made me laugh with a story of how he threw up while working at a grocery store. We brushed arms maybe once and certainly did not kiss (we discovered we were both late bloomers). He seemed so nervous that he could barely eat, which was both flattering and mildly concerning. But as the day went on, I began to feel comfortable around him and was able to talk about all sorts of things without feeling self-conscious! I recognized something that made me want to hang out with him again, but I can’t say I instantly fantasized about him being my boyfriend.
Our relationship began as a real slow burn. In the subsequent times that I hung out with this boy, I found myself warming up to him and then seemingly texting him all of the time. But I really doubted if our relationship would ever develop into something more romantic, because both of us seemed too nervous to ever make a move. But he became much more confident around me and, yes, even started to eat entire meals in my presence. We’ve known each other IRL for over a year now, and now he’s my actual boyfriend! We have a mutual admiration and respect for each other that I’d only previously felt with good friends.

This isn’t to say that every time you take a shot at hanging out with someone you like that it will pan out into a full-fledged relationship. There is no litmus test that you can stick in a person’s tongue and then analyze to determine whether you’ll have a lasting relationship. The only way to figure this out is to invest the time to get to know them better. You can spot an inkling of something that appeals to you about them, and give it a chance to either flourish or fizzle out. ♦