Trusting Your Own Authority

The instinct to care is worth preserving. 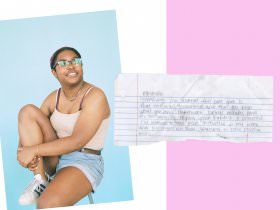 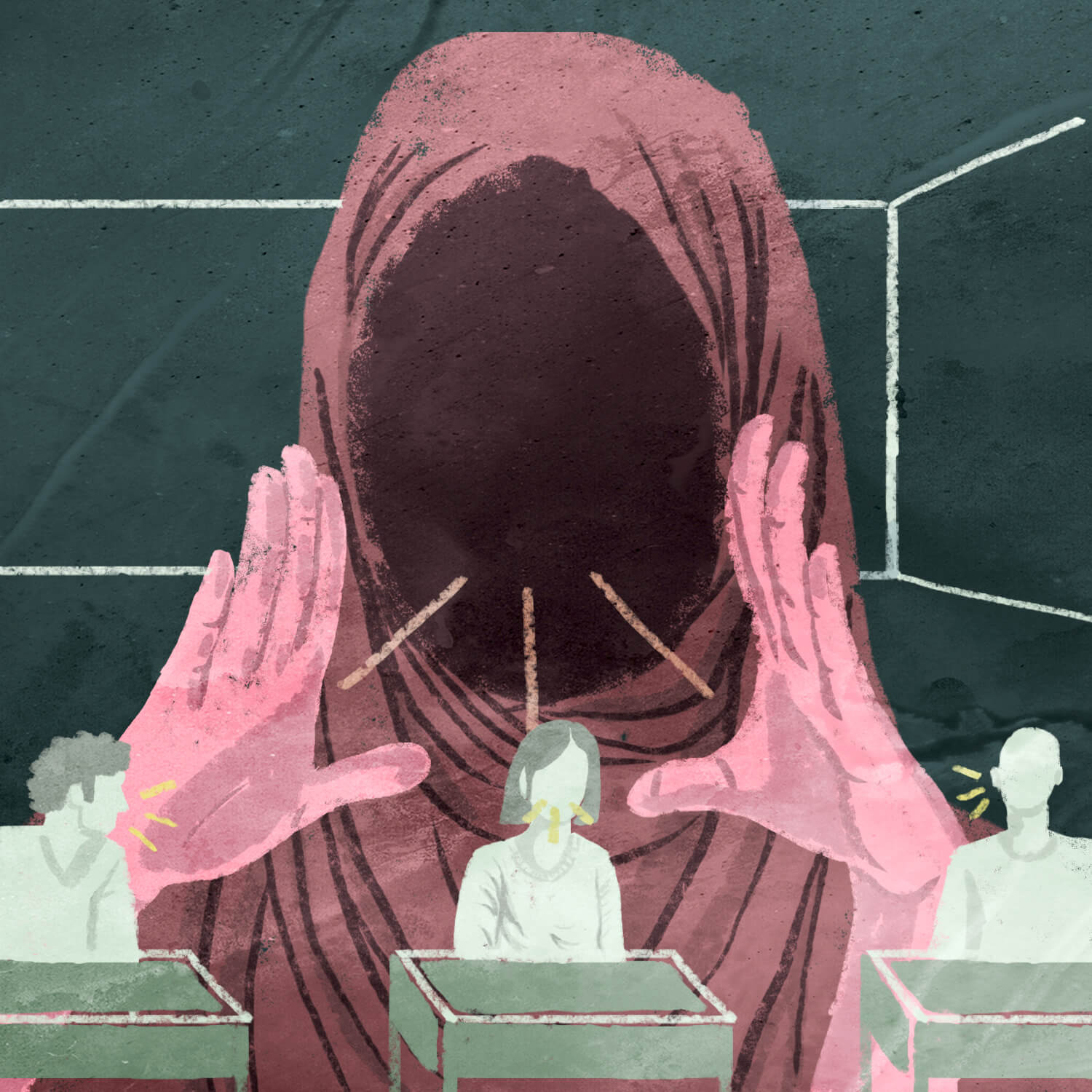 The realization that there are actual, mistake-making people living inside our parents and teachers and peers is a strange one, and it often arrives with little warning. Most of us stumble into this knowledge without really understanding all of its implications, only feeling, somewhere deep inside, that these authority figures are suddenly smaller than they once were. Your teacher says something you find you just can’t agree with, or there’s a strangely intense conversation over the kitchen table. The dawning might sound something like, Oh shit. (True story. It’s powerful.) You might also realize something about yourself. That you could be the one to argue something on the merit of your own thoughts. You could criticize power dynamics and sexism and racism and general terribleness, not out of sheer meanness, but because you’re capable of it. You—and this is when something explodes in the mind, something not completely tangible, but bright and interesting and warm—could actually know better.

I was 17 and crying with a handful of nervous friends at their wits end beside me. I was hiccupping back tears and telling myself that I could only afford a few more instances of crying at school before it stopped being meaningful to people and became seriously embarrassing. Looking back at it now though, it was already meaningful, in the way that fledgling moments implicitly teach you something of who you are, and who you need to become. I was sobbing because I was wondering if there was something wrong with me and my inability ignore that everything, on some level, was wrong. I grieved myself as too serious, too much, and still talking. I hadn’t learned how to celebrate it. So few of us do.

Moments earlier, a boy in my history class had cracked a joke that was not very funny and very dangerously sexist. In hindsight, I know that something about the entire interaction was the waving of a red flag before my tense, observing eyes, that humans can be clueless and cruel, that we all make mistakes. But I felt certain that I would charge. I, with my shaking hands and my lowered brow and my rising, indignant voice, could be counted on to rise to the occasion. And I did.

In my naïve, hopeful explanation of why the joke wasn’t funny, the laughter that rose over my voice, and the phone camera that emerged to record me, were the birth of a promise: I wouldn’t let myself be passive. I didn’t want to ignore the sense of responsibility I felt when I saw or heard things that upset me, that hurt so much more than someone saying they hated my favorite band. No, these things wounded my being and was my duty to say something.

I would later learn to articulate my indignation better, recognizing the force of these interactions as striking at the most vulnerable aspects of me as a sensitive, recklessly (or endearingly) passionate Muslim teenager just tired of being told about who she was, who she wasn’t, and what she could and could not do. To paraphrase Chimamanda Ngozi Adichie, I was learning that I didn’t want to shrink myself.

I wiped my tears and went into the social area, not to confront those boys who had decided that they wouldn’t take me seriously, but to assert my own presence as someone who didn’t have to shrink from them. We sat together. We didn’t speak to each other. We twiddled our thumbs, avoided the familiar sight of the other,, and made our peace in silence. I used to wonder if my classmates played these moments back in their heads as much as I did and sometimes still do. But if they do, it’s perhaps for different reasons than mine.

When you’re learning about what it means to feel your heart skip across your chest before confronting someone about something difficult, you’re questioning whether you think it’s a worthwhile pursuit. Sometimes, the difficult conversations become the those where you learn to speak slowly, switching between subjects that are important to you in a language you would like to get to grips with. And sometimes, the important thing is the feeling—the location of your own authority—and the decision to keep going with the beat of the drum in your chest that you don’t have to show anyone unless you want to. One of my favorite writers Sara Ahmed has written about the experience of being a “feminist killjoy”: of learning the significance of criticizing, of drawing attention to the difficult things in life. So often, the reward of doing so is downplayed because you’re perceived as the one obsessively tracking behaviours that, according to everybody else, don’t exist. But the reward comes from being the one who is willing their voice forward, hoping to help, desperately wanting to.

“You should remember something,” my philosophy and ethics teacher once said to me after we’d argued about how privilege affects different people—an unrelated spiel that somehow took over the whole hourlong class yet again. It was a hot day. I was tired for a whole number of reasons.

“There’s a whole world of people who think like me out there. Do you know how many of me you’ll run into?” He’d leaned forward so that I could hear him better.

I was frowning, unsure of where this conversation was leading.

“And how many times you’ll be glad you had these fights with me for practise before you’re out there fighting them?”

Then, I was laughing with him, not quite sure what we were really laughing at and secretly wondering what it meant to constantly be engaged in the battle of proving yourself to those who seemed to stand above you. It was almost comedic, a stand-off between an adult and a kid, like something out of a family movie: Mr. Wormwood waving a finger in his daughter’s face in Roald Dahl’s Matilda, and confidently proclaiming, “I’m right and you’re wrong, I’m big and you’re small, and there’s nothing you can do about it.” That feeling is a place so many of us understand: the misunderstanding of what you could possibly be saying in your quiet displays of defiance. I didn’t want to be fighting and arguing and labeling myself the girl you just had to shake your head at when she was being that way. I felt that I had to, because the whole world was full of words that weren’t OK and no one was saying anything about them when they were being said! This feeling, of wanting to correct yourself, of wanting to unravel all the assumptions that have been made about you, will always be familiar. As I’ve grown, it has comes back to visit me with ever more insecurity by its side, but my authority is bigger than it used to be, too. As soon as you feel it bursting inside of you, compelling you to feel more than you’ve felt before, to follow up on what you feel is right, it’s real and completely yours. It stays with you, growing and growing and growing.

A few days ago, my brother asked me why I just had to care about everything so much. He’d turned away from the TV, and my analysis of a cartoon he’d been watching in peace, and regarded me with eyes that look so much like my own. I could tell that he’d noticed the way I could host two figures inside of my body: the happy, chatty, silly me he could laugh with, and the more complicated one. She emerged when there were politics to discuss and difficult conversations to consider and sketchy storylines to take apart and weird shit to pull up and dissect. That was the me that made things seem heavier. I didn’t know how to answer my brother’s question.

But is there an answer? A neat one? For so many of us, growing up means deciding what we consider worth protecting, that make caring an impulse, that are linked to who we are as people who wanting and need better than what we know. Caring just…happens. So when the difficult you emerges, I think it’s best to accept them. Even if you don’t fully understand them yet. Even if they’re just a small, niggling feeling. When I’m telling myself to keep my voice level in a university office or my friend’s bedroom or a family gathering—because that’s how you convey rationality, according to a whole bunch of How To Seem Authoritative web pages—and someone’s silence feels particularly cutting, and all I’m really asking is for someone to understand me, in the way that I have been forced to understand my own existence, I realize, with the sharpness of the same epiphany happening over and over, that the two versions of me just have to be allowed to be. And not in opposition to each other. Otherwise, I deny myself.

The last time I refused to compromise my sense of authority was the last time I felt myself being asked to be invisible. It was after a party. The night was huge, I was small, and someone said something offensive to a friend and I stood my ground because it was the only thing I could do. With my jacket tied around my waist, the pins sliding out of my hijab, and amid imposing, fly-away insults from men who were older and bigger than me, I refused to let them take up all of the space.

During these flashbacks, I sometimes hate my sensitivity, the habit I’ve picked up of making everything my problem, and how I’m never really “cool” in the casual, disinterested way that you’re supposed to be when you decide nothing really matters and say, with that Lisa Simpson nonchalance, “Like, you know, whatever.” Sometimes, things really are, like, you know, whatever. But sometimes they aren’t. So often, you hope against all hope that you won’t be hushed into silence by a single word, a laugh, a doubtful thought, and you understand why it’s so important that you aren’t, that your instinct to care is worth preserving.

Learning to trust your authority means letting yourself become who you want to be. It’s growing up amongst the grownups and learning that your sentences don’t have to stop when theirs do. You’re allowed to want to start a different conversation on your own behalf. Even if you can’t really tell who’s listening, it’s important to realize so many people are. ♦