By obsessively documenting my emotions, I wasn’t really feeling them. 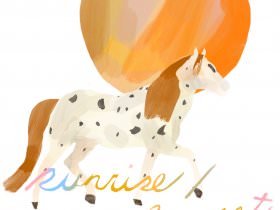 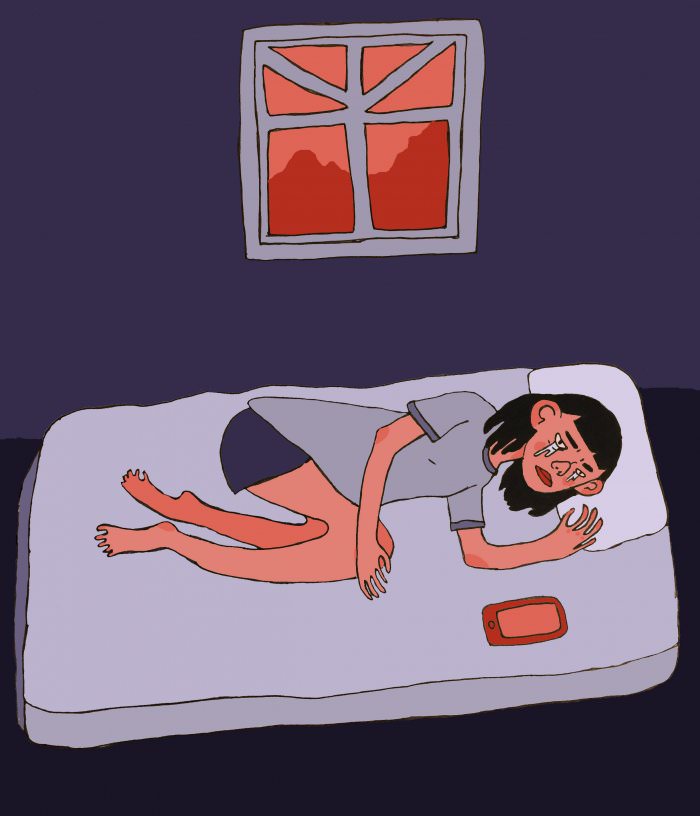 May 10, 2017: I am in the throes of a breakup, and I find myself at a crossroads. Almost every day, I wake up feeling like I have swallowed a big bowl of jitters the consistency of TV static. Sometimes the sensation inches its way toward my solar plexus, so my breaths come out desperate and choppy. I feel crushed. My head hurts, my chest hurts, my heart hurts. It’s like I am a giant hurt on two legs that has to go through the motions of her former life with a fake smile on her face and a hole in her gut. In the past, with deaths or breakups or moments in my life that marked an end of some sort, I catalogued everything obsessively. I would have gone to the mall with my grandmother to pick out a new diary, maybe one with baby blue pages and a silly cartoon on the front. But my grandma died today and all my feelings of loss have compounded exponentially.

I’ve kept a diary since I was six. My first was a black-and-white marbled notebook the size of a Post-It note. It fit perfectly in the palm of my then-miniature hand and contained a very manageable eight lines per page. My shaky scrawl, lopsided and sloppy, detailed my (obviously thrilling) adventures as a child.

As I grew older, I moved on to bigger and better things. There was the diary with a cover made of bright pink fake fur, and all the Disney-themed ones I remember shopping for with my grandma. The stationary store at the mall by her house was my favorite; we spent hours there together, picking out pens, comparing the journals. A good cover was paramount, but the color and quality of the paper was equally important. I lost myself rifling through dozens of stacks of diaries and then I lost myself when I was writing in them.

My journals were where I went to express and analyze my feelings, to make myself feel better without consulting anyone else. I found it hard to write when I was deeply upset, but I made myself do it anyway because I often walked away with a clearer head (which is sort of what I’m attempting now, I guess). Documenting my life with words and pictures became a ritual. I relied on creating milestones as a way of dealing with major life events. Whenever breakups happened, I’d tell myself I had to write in my diary every day until the pain was gone. Or before my family moved to a new country, which happened many times throughout my childhood, I’d bundle up my tickets stubs and mementos and put them in a special box weeks before leaving. The year I graduated college, I had my room packed up two months in advance; my roommates were offended and mistook this as an eagerness to leave when it was simply a sign of my dread. I was commemorating people and places while the pain was still fresh, pushing it away before I could see its real shape, intimidated immediately by its mere outline. I liked the cathartic sense of productivity that came with documenting my life, as if I would be able to hold onto the essence of the moment forever by writing about it, even as it was ending before my eyes.

I used to think of this compulsion to catalogue as a way to delve deep into the pain, instead of sidestepping it, almost as though to punish myself. The second I feel something, I analyze it, rationalize it, twist it around into words that make sense, write it down in my diary, create art about it so I can process it. I used to think that these were ways of dealing with the pain, of letting it travel from the inside to the outside, that this was the essence of living and growing.

Lately I’ve begun to think that I was wrong, and that writing actually contributed to the fact that I’ve lived my life in my head, not in my heart. That maybe it’s a way of avoiding just sitting with emotions, and letting them pass through and wash over me. So this month, which has involved a cocktail of pain and anxiety with a side of disbelief, I’ve avoided cataloging and collecting as though I’m the hyper-organized Librarian of My Own Feelings Library. I don’t want to mourn by writing or over-thinking. I want to feel the end and feel the beginning. Instead of looking back on my relationship and trying to pinpoint its demise, or taking a figurative magnifying glass and using it to reminisce regretfully on all the memories I have of my grandmother, I’m letting the emotions run through me without giving in to the urge to examine them closely. It’s a little bit like meditation in the sense that I’m not avoiding my thoughts, but I’m not turning them over in my mind either. I note them, I breathe, I cry (mostly on public transportation, frequently at home, and twice while I was assisting a photographer and had to hold up a giant light in front of a model while sobbing secretly behind a tripod). And then I try to move on.

It’s very strange to give up my habit of documenting (though I am aware that’s exactly what I’m doing by writing this) while I’m in the midst of all these endings. But, funnily enough, the decision was made for me last week when, returning from vacation, I found that I’d lost my diary, something that has never happened before. It disappeared somewhere between take-off and landing, never to be seen again. ♦