Recommended reading about love and life. 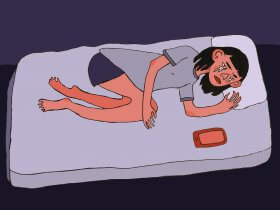 The Marriage Plot
Jeffrey Eugenides
2011, Farrar, Straus and Giroux
I’ve always been a fan of Jeffrey Eugenides, a male writer who seems to have a particular affinity to writing about main characters that aren’t men. This is true of his debut The Virgin Suicides, a novel about the suicidal Lisbon sisters, and his followup Middlesex, a multi-generational family saga surrounding an intersex character. His third novel, The Marriage Plot, is less intense than his previous two books, but its realistic collegiate vibe is what compels me to recommend this story to anyone pursuing a higher education, graduating, or merely curious about a traditional Ivy League institution. At Brown University during the Reagan era, Madeleine finds herself in a love triangle between fellow students Mitchell and Leonard, all complex in their own ways. But while the phrase “love triangle” sounds all too rom-commy, The Marriage Plot takes a decidedly more intellectual approach—the book’s title actually ties back to Madeleine’s college thesis and a challenge to “the marriage plot” trope that was common in English literature, like the works of Jane Austen. Eugenides is a generous writer when it comes to characters that are struggling or suffering. Even through the drama, what emerges is a beautiful read. —Jinnie Lee

Nobody Is Ever Missing
Catherine Lacey
2014, FSG Originals
The setup is pretty straightforward: A woman named Elyria buys a one-way ticket from New York to New Zealand, leaving behind a flurry of bad memories for an uncertain future. But Catherine Lacey knows that things aren’t so simple; after all, she writes, “running from something isn’t freedom, it’s just a way to flee.” Through Elyria’s narration, Lacey delivers powerful stream-of-consciousness passages, many of which are underlined in my worn-out copy of the novel. The reader encounters a woman whose mental state is deteriorating, stuck on a constant loop of memories of the past and a desire to escape her own mind. As upsetting as it can be to witness Elyria’s descent into madness, it’s worth sticking it out. In the end, the book offers a refreshingly honest, and sometimes darkly funny, look into the untamable mind. —Maura M. Lynch

What We Talk About When We Talk About Love
Raymond Carver
1981, Alfred A. Knopf
What We Talk About When We Talk About Love is a collection of short stories, some only four pages long and others spanning more than 20. In each, Carver immediately throws the reader into his plot. Like life, you encounter the unexpected lives of strangers and try to grasp who they really are. Right when you think you do, Carver cuts the story off. One of the stories in this collection is about a couple, at wit’s end, running a motel. Locked inside one of the rooms, they fight over which one dug a grave for the other first. Another follows a man with no hands who takes pictures of people’s homes with a Polaroid camera. One of my absolute favorites is about a man who takes all of his household belongings and arranges them on his front yard. The twist is that he also places a generator outside, so the TV, refrigerator, and everything else works right there on the lawn. Most of Carver’s stories are whimsical, but there are plenty of dark ones, too, that will make you question humanity. This book is one of my favorites of all time, and it’s because it asks the same question I ask myself: “Why is it so hard for all of us to get along?” —Kati Yewell ♦