I’m not racing to get through college. 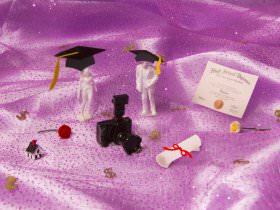 It's the Small Moments 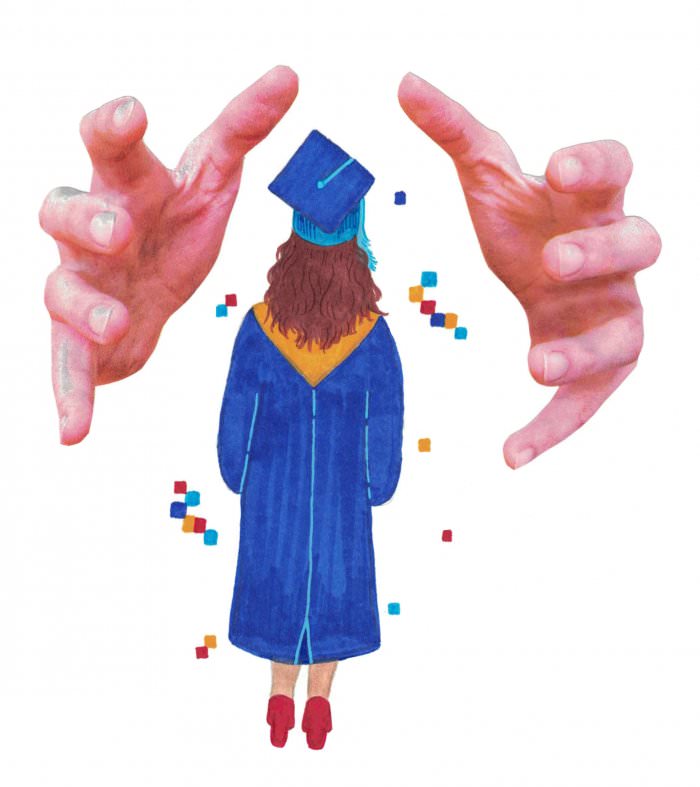 The goal was always to acquire education. I grew up in a household composed of titos, titas, uncles, and grandparents whose education have been impeded by war, poverty, or their own parents’ indifference. It was a household that valued faux-gold achievement medals at the end of every school year. I navigated a childhood that spun around the iteration that only education could get us through poverty, that the lack of education makes one ignorant, a person to be laughed at.

My small provincial town not only instilled that idea in me (and my peers) but also showed it to us irl: Middle-class families would spend a lot of money for impressive banquets after their sons’ and daughters’ college graduations, and everyone in town was invited. Graduations were always a grandiose celebration. Families and friends boasted of each other’s educational successes. Too often the answer to “How are you?” is “I have a term paper due tomorrow.”

But absent from these obsessions were dreams, the seeds that germinated in kids’ brains about what they wanted for themselves, for their futures. One time, when I was home for a holiday break, I heard my tita ask her six-year old son what he wants to be when he grows up. “A policeman,” my cousin answered. “Why? That pays small. Be a doctor instead and get rich,” my tita said confidently.

Don’t get me wrong, I don’t intend to present my aunt or this attitude in a bad light. There’s just a fraction of disconnect here that makes me question why the yearning to “move up the ladder” soars higher than wanting a child to think and germinate seed-dreams for themselves. Why place the heavy and menacing task of upward mobility on young minds? Why care at all?

A few months after my high school graduation, my grandmother and I had The Talk. She, along with my grandpa and everyone else in the family, wanted me to take up a Bachelor of Science in Education. I cringed and asked why. She shrugged and told me that teachers receive a high salary and a great number of benefits, plus it’s a high-demand career. Thankfully, I knew enough to not succumb to the familial pressure of choosing a “good” job that I didn’t want, so I put my foot down. I told her that I planned to go to a liberal arts university to study mass communications. I did not want to waste four years living up to everyone else’s plans for me. (It was difficult, and it took some privilege to shun what my family intended for me to do; I know that not everyone gets to say no or even choose.)

I ended up going to that Catholic liberal arts school. I dropped out after two years—not out of ill planning or not liking my major, but because of a lot of big (in my mind) incidents. Boys, who I paid attention to, regrettably, were rude just because; the people I hung out with on a regular basis found niche-friendships, prompting them to disappear almost immediately after the last bell; a trigonometry class that was heartbreaking for me to attend every other day filled me with trepidation; my professors told me I was one of the smartest (I did not feel like it), which was comparable to them putting heavy blocks on my shoulders. I felt exposed, my skin thin; I looked around, cared, strained, stressed out a lot.

My next Big Plan, created out of the steel-toed decision to escape the claustrophobic Catholic liberal arts school, was to drop out, reclaim all my school and personal records, and rest. And boy did I rest. After half a year of staring through windows to catch sunsets mid-glory, following a summer spent reading voraciously and sleeping soundly, I tried looking for a Real Adult Job. I was 18, anyway, and could use some money for more books, maybe a vacation. The Real Adult Job lasted three months and emptied me, until an email from Rookie asked me if I wanted to write weekly diaries. (The adage that you have to “empty your cup so that it may be filled” held true.) A lot of rolling on the floor scream-crying ensued.

But guilt crept in. The aforementioned talk with my grandmother made me feel bad about dropping out. I’d ambitiously “taken the reigns” of my life and then felt like I’d failed ambiguously two years in. I was ashamed and thought about what would’ve happened had I agreed to take up a major in education. Sure, every class would have made me want to gorge my own eyes out, but it was also a path to security and convention. Both being structures that a lower middle class family assumes it can build a future with. What the hell was I thinking, taking up humanities and then getting shook, all of a sudden, by the holographic, multidimensionality of life, as discussed in my Philosophy of a Human Person class? What would my grandmother and my high school classmates think?

So I forged on and got a scholarship to another Catholic university. I continued studying mass communications, but being a dropout and a transferee delayed my going up the curriculum/year-level ladder. I had to be enrolled as an “irregular” student with second-year status instead of fourth. And here we are in the present moment, with me currently taking summer classes to make up for lost time (or lost college credits).

My high school classmates, my first friends and first enemies (both can be true at once; love functions both ways, et cetera), graduated from their respective universities about a month ago, and I’m filled with awe and pride for their hard work and discipline. There were a lot of congratulations and heart emojis of various colors in our correspondences last month. I cried and thought about them and the lives they will foster after graduation. Surely they’d still want to hang out, right? Or maybe not, because now they’d have to find jobs, take board exams, or go on long stretches of vacation. What about me?

My emotions were in a disarray: There they were, my high school pals, all robed and capped up for graduation, for “real life.” While here I am in my new university, full of spite and rancor, running the hallways to meet numerous deadlines, performing second-year English plays at the age of 20!!! INTERNATIONAL NEWS. If I had an alter cartoon ego, à la Lizzie McGuire, she would mock me, hand propped on her chin and rolling her eyes like crazy.

These feelings of self-inflicted smallness sometimes badger and tug at my softest spots, but I know better than to let them seep through and get the best of me. I also made it a point not to feel bad, singularly, for myself and for what I’ve decided to do with my life, anchoring it on the calm conviction that the physical world around me is legitimate proof of survival. There are other people like me in this university, or in any university really, who share this experience of dropping out and feeling like they’re disappointing everyone. I met a number of “irregular” students who were also behind on their academics. I even found a few friends because of our shared stories and some wondrous “me too!” moments. One told me that since the day they decided to stop caring about year-level status, or what their family thought of them for still being in uni at the age of 21, they became freer to explore and do what they like doing. It was like they built a spacious room for mistakes and minor fuckups. This propelled me to return my gaze back to what’s important, the reason I enrolled in this university in the first place after a year of staring at the sky: the dream.

No amount of graduation robes flailing about, of graduation caps thrown into the air, or of friends graduating could deter me from that. It may be just a part of the puzzle now, a singular thoroughfare in my “goal map,” but I’m comforted knowing that I’m heeding the call of what tugs at me. Even when a professor solidifies into an asshole as the semester wears on, even when my group mates couldn’t do their share, even when a Greek play I’d directed tumbled to failure, even then I’d lounge on a cloud and know that this is the path I deliberately chose to follow and create for myself, not for anyone else. I wouldn’t have lived this any other way. What I have now are complementary little oofs: fellow student-kin who teach me that writing an essay, due the next day, will matter as much—maybe more, actually—as the nearest graduation month or day; the frustrating breakthrough of all-nighters; the earnestness in finding and underlining important passages in a book instead of giving up.

Graduating is not a race. The nearest graduation day is not a finish line I have to sprint to. It may not look like I have a lot of time left, but time happens all the time. Maybe now every completed semester will feel like a small victory—enjoyed for a good, short measure until a new term brings fresh hope for order, good-natured professors, and notebooks not too-filled with crush-declarations or odes to propel self-hating. Maybe this is enough reason to throw my non-graduation cap in the air. ♦