This too shall pass. 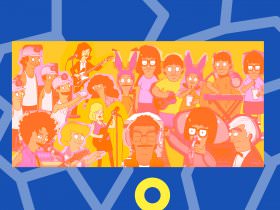 The last time I tried to give blood a year ago my iron levels were too low. I figured it was because, back then, I was on a pretty strict vegan diet. Getting those results ended my strictly vegan lifestyle.

Giving blood is important to me. I don’t know my blood type, but I hope I’m the type that can be a universal donor. I’ve always had an (maybe odd) obsession with my blood. Growing up, my sister was always the one who had blood drawn, and she hated needles; she needed tons of arms holding her down for a shot. I, on the other hand, always liked shots because the pain wasn’t so bad. For a long time I’ve had an understanding that pain passes.

Last Friday, I was really anticipating my chance to donate blood over the weekend. That night, I asked my mom to make me a really big steak so that my iron levels would be decent. I ate nuts and drank a lot of water. Then when my appointment came around and it was time for iron testing, the results again said my iron was too low. It really pissed me off, and now I’m wondering if I have an iron deficiency. I’ve always had a slow pulse (I don’t know if that’s connected) and I used to go to acupuncture for it, but I stopped because the guy kinda creeped me out. The only redeeming thing about this experience is that my friend’s iron levels were also too low—a shock since she’s given blood quite a few times without any issues.

It’s probably a good idea to see a doctor about this but I just turned 18 so I don’t have my pediatric doctor anymore. It’s always a hassle for me to keep up with doctors appointments. But if I want to give blood I guess I’ll have to really figure out what’s going on.

I just think it would be cool to help out people who need blood, and it doubles as a way for me to see my blood outside of my body. It sounds weird, it’s just cool to me to know that this stuff is what keeps me alive. It doesn’t help that I watched three vampire movies last weekend. ♦