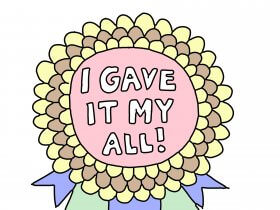 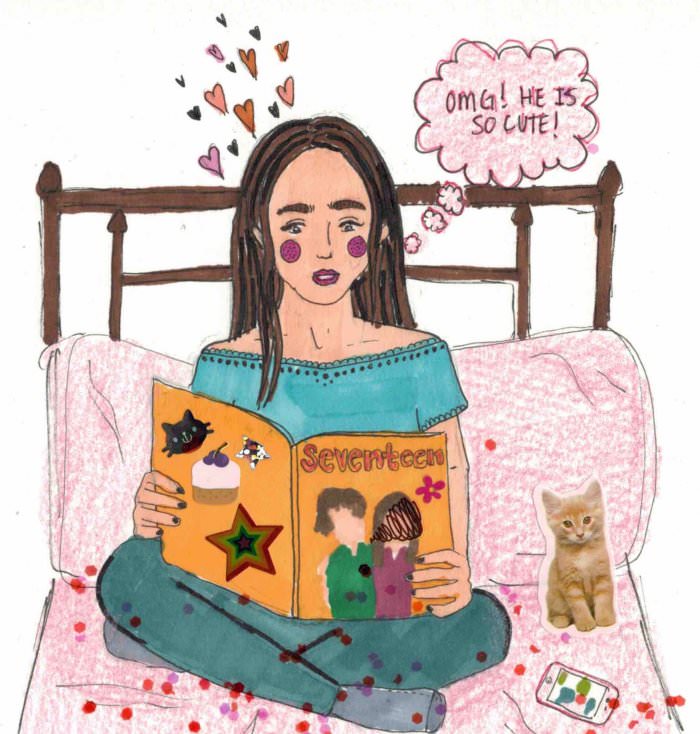 During my freshman year of high school, ask.fm, a social media platform devoted to the answering of anonymous questions, was at pinnacle of its popularity. While interaction between users was mostly limited to covert cyber bullying, the site did make sure to distribute vanilla questions daily to minimize tension. One day I opened my inbox to find, “Who is your celebrity crush?” I was aghast at the implied finiteness of the question. Ask.fm’s livelihood was dependent on asking challenging and complicated questions, and they’d certainly presented me with one, by limiting me to a singular answer. Learning in school the social attractiveness of apathy, I decided not to list all the approximately 34 names which had immediately come to mind. I deleted the question, and returned to my previous tab, in which I’d been researching how to graduate high school early so I could enroll as a student in James Franco’s NYU classes before his stay at the university expired.

For me, a celebrity crush is far more than passive admiration for a singular person. It’s more than occasional sexual fantasy, or impassioned spending on tickets to terrible films. It’s the full and repeated submersion into the public personas and lives of the famous and beautiful. It is memorized knowledge and petty arguments and routine Google News searches of a name. It is bliss.

In middle school, I discovered that social exclusion was far less painful when you led a captivating life on the internet. While my peers were spinning bottles and “hu” (hooking up, but shortened for 12-year-olds with texting limits), I was submerged in the obsessive fan communities of Tumblr, inadvertently teaching myself most crucial lesson of my pubescence: the anxiety of romantic interaction could be circumvented completely with proper distraction.

The allure of celebrity is essentially the idea of false reality. We acknowledge that celebrities are real, breathing humans, but we elevate them to a level foreign to our common existences. My first memory of confusion is trying to conjure a mental image of Paris Hilton pooping. I knew she had to be doing it, but it just didn’t seem possible, even in my imagination. It was too messy, too primal, too normal. And while I was a constipated child who couldn’t even relate to the concept of regularity itself, my total detachment from Paris is understood. There is a great metaphysical distance between us.

In recent years, advances in technology and capitalist marketing have given way to the popularization of “celebrity relatability.” But to argue that my experiences in day to day life are the same those far more famous, wealthy, influential, and (sometimes) respected, is foolish. I have, and always will, skip over the “Stars! They’re Just Like You” page of my favorite tabloids. Aside from this feature being disingenuous, similarity has never been what’s drawn me to celebrity.

The enigmatic “chase” was first defined to me in middle school, once I’d realized I was too scared to have a boyfriend, did want to kiss boys, and that my strategies of seduction were problematic. Taking me aside one day after yet another inexplicably failed zap, a male friend I wanted to kiss (desperately), explained that, “Boys want girls they can’t have. You just have to make yourself harder to get.” I internalized his shitty advice with a personal revision: I would not become the subject of the chase, but rather the chaser herself—constantly yearning for the unattainable; a masochistic obsessive with undying lust for celebrities.

First, there was James Franco, the modern renaissance man 20 years my senior. At first, I was intrigued by his slacker charm and conventional beauty, but eventually, it became his plurality. Franco was an actor, director, screenwriter, student, professor, painter, singer, poet, novelist. I could barely keep track of what he was doing and where and when, and there was always some lost gem from his past to uncover and make mine. His inaccessibility is what made him so attractive, in addition to the safety he granted me. Since I could never find him, I’d never meet him, which meant he’d never know me, which meant he couldn’t hurt me.

In the seventh grade, I heard Nirvana’s “All Apologies” on the classic rock station and fell in love with the soul and mystery of Kurt Cobain. I couldn’t decipher anything about him—his own telling of his personal history was contradictory, his lyrics were too postmodern for me to decipher, and I felt like everything I “knew” about him came from a biographer or suspicious punk. Social media was making celebrities as transparent and visible as ever, but Kurt was a stranger, and a dead one at that. His death mythicized his persona, and although I recognized how morbid that was, I was too infatuated to end my wonder.

The transition to high school brought with it advancements in my personal interactions with boys, though most of these proved painful. Embarrassed that crossing physical boundaries with boys brought with it tremendous emotional attachment, I felt childish and naive. I spent the summer before ninth grade wandering town, looking for boys and their validation; my late nights pent up in my room scouring the armpit of the internet in defeat. One day, I encountered the newly released video for One Direction’s “Best Song Ever.” And like a naive child, I fell in love with the most famous boy in the most famous band in the world. Although Harry Styles was very much a real boy, and not much older than me, the probability of any encounter with him was small, and that comforted me. One Direction was purposefully marketed to be visible, but entirely inaccessible. Added to their appeal was the foreign mystery of their Britishness. Each boy encapsulated his own persona, and Harry’s was one of carefully balanced cheek and restraint. I felt there was more space between us than any celebrity I’d loved before, and for that reason, I loved Harry the hardest.

This past Friday, as if by cosmic destiny, my last day of high school coincided with the release of Harry Styles’s debut album. The record is a jaunt through Harry’s personal history of musical obsession, functioning as an homage to his idols: Bowie, the Beatles, Prince, and Pink Floyd, among many others. At times, it listens more like tribute than self-expression. But the final song, “From the Dining Table,” sounds most originally Harry, sonically and lyrically. His words reveal the deep insecurity, detachment, and loneliness attached to his celebrity. His voice is as beautiful as ever, but the song is painful and sad—mostly because it feels like a personal admission of my own. While my obsessions are enduring, their intensity has vanished with time and the development of my young adult apathy. Just as Harry is vulnerable once he is no longer protected by the musical identities of his favorite rock stars, I no longer have an immersive source of escape from my real-life struggles—and that’s scary. For years, I subdued feelings of inadequacy, or avoided them altogether, by removing myself from the toxicity of adolescence, and placing myself in the far more impersonal realm of pop culture. While it was useful to detach from the harsh reality of teen-dom, resigning to a quasi-reality was no better choice. I feel fully present now, but sometimes, I still feel separated from my peers—too inside a head filled with weirdly specific knowledge of famous birthdays and filmographies, all now useless knowledge.

I’ve liked and kissed high school boys the way fan blogs taught me—worshiping their image, fetishizing their quirks, and excusing their shitty behavior, but from a comfortably spacious distance, no strings attached, no deeper love proclaimed in the morning. Hook-up culture is convenient, but mostly, it’s safe. I’ve had to learn to expect more from my attachments to people. Respect and admiration are far more important than attention, and celebrities couldn’t give me that. At one point on the new album, Harry sings “Comfortable silence is so overrated.” Indeed, posters do not talk back. ♦