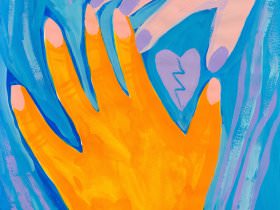 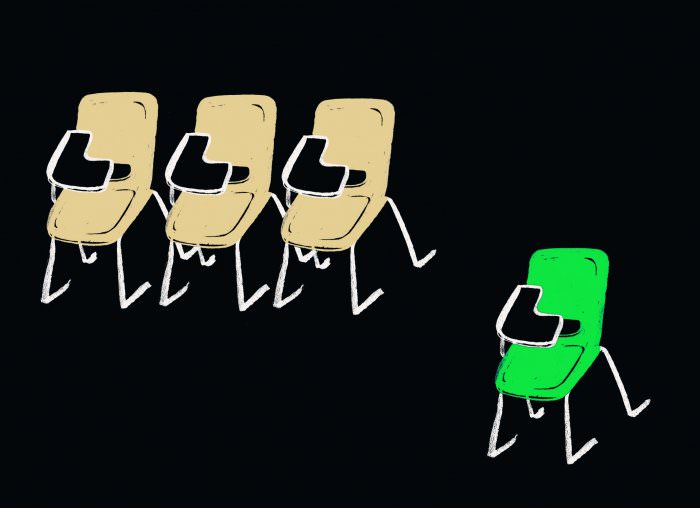 I entered high school having never received a letter grade before. My Montessori middle school encouraged understanding instead of grades and competition. Within weeks of starting public high school, I quickly had a four-year plan designed to help me get into college. It was easy to feel like I had a plan because all I had to do was take the right classes and have the right GPA. It didn’t require real introspection and contemplation about what I actually wanted.

This is not to say that college is bad or that it can’t be a useful stepping stone to your hopes and dreams. It’s not that I regret working hard academically or going to college only to drop out—it’s just that I was so focused on getting into college that I didn’t really think about what I would actually do once I got there. I used my high school plan as a crutch—I didn’t need to think about what my major would be because I could just focus on getting good grades. It worked and I got into my top-choice college. I went despite feeling uncertain and very anxious about the cost. I went because it was what I spent four years working toward, and what else was I going to do? After one semester I dropped out and moved home. I have been navigating work, school, and my hopes and dreams ever since. Here are some tips for not feeling totally lost after leaving the structure of high school.

When you’re in a school system your goals can be to get good grades, get a degree, or just do your homework. It is time-consuming to simultaneously figure out what you want to do during high school and after. Take some time to reflect on what is important or necessary to you in this moment. Do you want to travel after high school? Maybe your goal is to get a job and save up money. If you’re not ready to disavow the school system completely, but don’t want to commit to a four-year university experience, community college is an option. It’s a great way to take classes you might need if you decide you want to transfer to a university later, or for just finding new things you might like. I took photography, anthropology, and ceramics on a whim and all three are things that I love that I totally wouldn’t have known if I didn’t randomly take a class.

Pick a variety of goals that are action-based rather than reaction based. Making art two times a week is a kinder goal than “make x amount of dollars from my art.” You can control how much work you put into something but you can’t control what comes out of it. Along with your big goals, set some small ones like “keep my plant alive and eat breakfast every day.” Recognize when you achieve your goals, even if they are small. Without setting new goals frequently, it can be easy to feel stagnant, but everything is always changing. You just need to recognize it when it happens.

Don’t hold on to goals so tightly that you forget why you want them.

If you’ve been working toward something and along the way realize it’s not as important to you as you thought, redirect your energy. I left university and went to community college with the goal of finishing transfer requirements so that I could transfer to a different university later. Along the way, I realized that academia wasn’t really calling me at this point in my life, but I still learned so much from those classes. For example, geography is not critical in my artistic career but taking that class was super fun, and now I know a lot of facts.

Expand your definition of success.

It’s easy to compare yourself to people who are young and “successful” and feel like it’s too late for you. Our society values money and youth and popularity, and it’s easy to feel like if you don’t have all of those things at once, it’s only going downhill. There are so many forms that success can take! If you look at the history of different people you admire, odds are that they have wildly different paths in life. Musician Anderson .Paak is from my hometown and was once homeless with his wife and children. Last year, I saw him open for Beyoncé. Lady Gaga and I are both NYU dropouts. There are so many ways of being! Use other people’s life paths—not as maps for your own, but as a reminder that there is no one way to live. Even the facts of others’ lives are not full stories. We don’t see the hard work, embarrassment, or failure of other people most of the time. Things are more complicated and less certain than they seem.

Find the seeds in the dirt.

My dad has a worm farm and he dumps compostable food on top of them and they wriggle around and eat stuff. Sometimes I feel like one of these worms—squirming around in a bunch of dirt, just eating and surviving. Recently some sprouts have started to grow. Just by living, these worms have become accidental farmers. All of this is to say find the seeds in the dirt! Your job might feel like it’s leading you nowhere but find the things that are important that you’ve gained from it, even if it’s that you’ve learned to quit that job. My full-time job is not related to art or what I really want to be doing, but it has taught me to be less stressed answering the phone and how to use a fax machine. Recognize the accomplishments that don’t show up on a résumé or transcript like personal growth and life experiences. Something you learned might seem totally useless until later when it sprouts and comes in handy.

I often feel like I am lounging around in The Void, with no degree and no concrete plan. Some days this is overwhelming, like I’m the wooden doll hurdling through space in The Twilight Zone intro. Other times I realize that I’m pretty much just a bug that’s exploring and eating and surviving all a little better than I would be if I had bought into the illusion of certainty that university could have provided. There will probably never be a point where I feel like I’ve figured life out. Life is just a gradual and uneven growth toward finding comfort and fascination in the unknown. The uncertain is the unexplored. ♦