Some of the things that make the singer go all out. 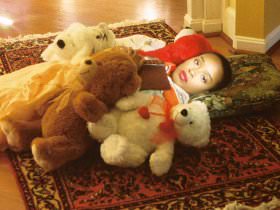 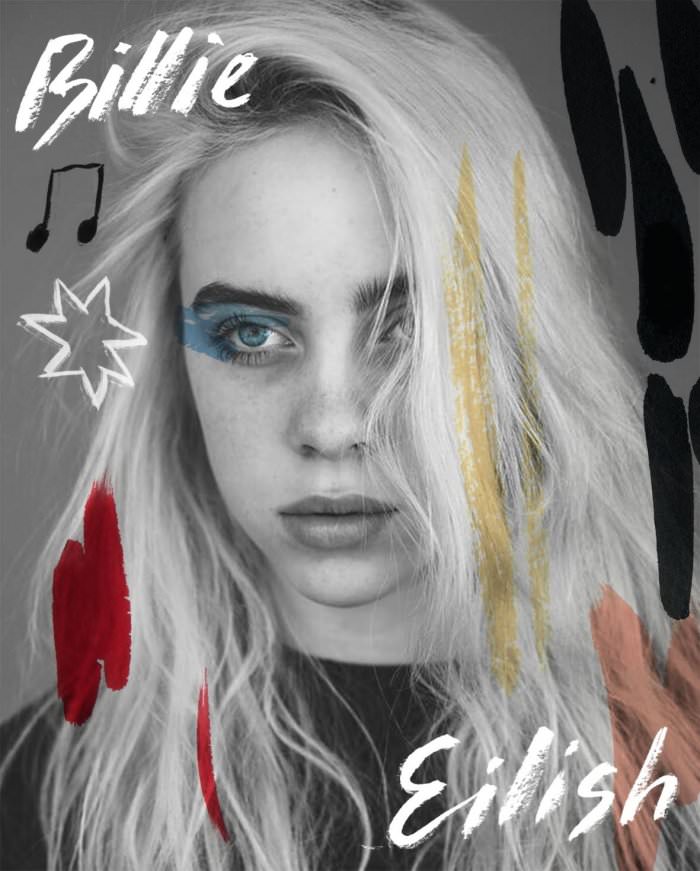 At 15, Billie Eilish is a pop star in the making. Her breakout hit, “Ocean Eyes,” went viral about a year ago after it was posted to Soundcloud, and her single “Bored” made an appearance this spring on the Netflix series 13 Reasons Why. Her lyrics run the gamut from playful to dark, and so does her taste in stuff. Billie recently gave us some insight into her favorite things/states of being, including the ones that appear on this list.

1. Yellow. It’s an underrated color. A lot of people don’t like yellow, which is weird because it’s my favorite color. I like to dress in a really out-there way all the time, and yellow is the best way to do that—all of my clothes are yellow, pretty much! I like to stand out. Today that means I’m wearing a huge yellow jacket and a big red shirt and bright pink pants. That’s my look. Yellow, it’s just such a good color. It describes the way I feel in a color. It’s really loud but it’s also mysterious? It’s me, I’m yellow. YELLOW in all caps, written on the side of a plane. It just shouts.

2. Being memorable. I like to dress very memorably. I decided a while ago to always dress like I am going to see everyone in the world. So even if I am just going to walk around the block or go outside for two seconds, I wear something crazy because you never know who you’re going to see! And also, I always want to feel cool. That has a lot to do with the way I dress. I like to be remembered, to be noticed, and in a weird way. Like, “Oh, she’s that girl who was wearing huge camouflage overalls and huge platform shoes with that big gray coat!”

3. Being judged. It’s weird—I kind of like being judged in every way. I don’t care if someone’s judging me for terrible things and are saying terrible things about me, or if it’s something great. I don’t know, it may be a selfish thing, but I like to have people talk about me. I don’t care what it’s about. It makes me feel more special. Like, if a person is talking about how much they hate me and how they don’t care about me, how ugly I am and this and that, it’s like, If they didn’t care about me, they wouldn’t be talking about me! It makes me feel even better about myself. I like getting into people’s heads, and if they hate me, that’s cool!

4.The Office. It speaks for itself, honestly. I’ve seen the whole series six times, and every time I finish it I start it over again. I don’t really watch anything else. It’s so easy to just listen to. There are so many shows where you have to focus on every detail because it comes back later, or you have to concentrate, and it’s so refreshing to have a show that you don’t really have to pay attention to. You can stop at any point. You can do what you want while watching it, and it’s hilarious! It puts me in a good mood. If I feel shitty, I can turn on The Office and watch it for hours and feel great. And it’s mostly improvised! It’s really real. It doesn’t seem like they’re acting. It’s so good.

5.Beans. Beans are there for me more than my friends are. ♦