Interviews about an important milestone. 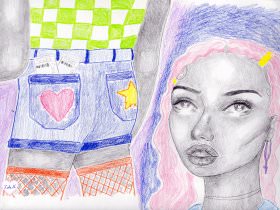 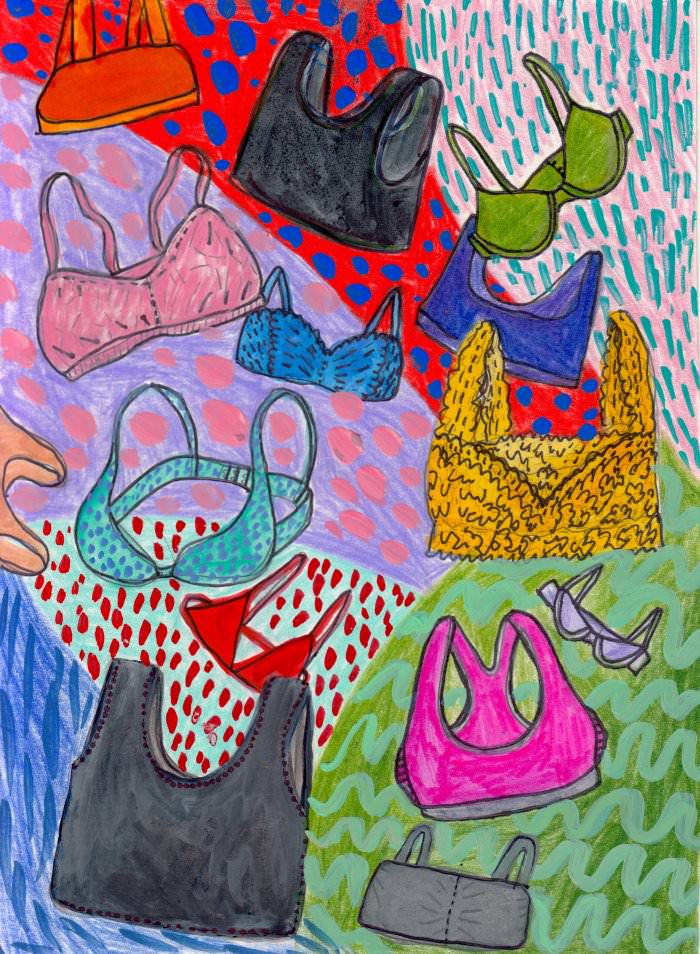 For as long as I can remember, bras have fascinated me. Rummaging through my mom’s drawers, I’d find intricately designed lace bras with cups the size of my head. I saw Victoria’s Secret ads of glamorous models with gravity-defying cleavage and couldn’t wait for my own awe-inspiring rack to develop. When I got my first bra in seventh grade, I was disappointed that the Target purchase didn’t magically transform me into “a woman.” I was still the same flat-chested Ogechi. I held onto the hope that my boobs would grow in eventually. I chugged milk and scarfed down ramen (Google told me this would transform my AAs to DDs) in hopes of speeding that process along. To me, bras were the ultimate symbol of maturity and femininity. The fact that my bra size wasn’t that big made me feel like I wasn’t girling right. As my body grew, and I realized that my boobs weren’t getting much bigger, I made peace with my breasts and accepted my itty bitty titty committee membership. I can still fit comfortably into that same Target bra but I no longer feel like I’m missing something because of it.

First bras, binders, and other underthings are milestones in and of themselves. I grew up thinking that everyone’s experience was exactly the same because I only really knew one version. I recently talked to a few friends about their experiences with boobs and the garments that hold them to show how different each person’s story can be. Bras make my friend Mari feel confident and sexy. My friend Izzy was uncomfortable with her breasts but learned to accept them through her involvement in sports. My friend Marlee’s first bra represented a step toward womanhood. Another of my friends views binders as representing “freedom and restriction.” Em forgoes bras all together. You’ll find each of their stories below.

Mari G., 19, she/her, student: I used to pray that God would bless my chest with some killer boobs, and when I was 11 those prayers were answered. My bra size quickly went from a 36B to 36C, and then to a 36D. My first bra was purple with black lace lining and every time I wore it, I felt like I was the sexiest little sixth grader alive. But with that came unwanted attention from all the boys. I remember they would always stare at my boobs. My best friend, whose breasts were growing as fast as mine, and I became known as “the girls with the boobs.” Boys would always come up to us and hug us just to get that tight boob hug. I had a phase when I would only wear a baggy sweater to school in order to hide my boobs. But then I got over that and realized I was a bad bitch with great boobs.

I loved that purple and black lace bra. I kept it until eighth grade, even when the wire started coming off from the bottom and poking my under boob—I would just put some tape over it. Sometimes I’ll find myself in the junior bra section in search of that same model. That bra started my love for sexy bras. For me, bras represent femininity. The right bra can be an extra boost of confidence. I wear red or black when I want to feel sultry and white when I want to feel delicate. Sometimes I feel like my features are too strong—big nose, bold brows, broad shoulders. When all else fails, my boobs and a nice bra can make broad-shouldered Mari feel like a cute, delicate, feminine Mari.

Izzy, 19, she/her, student athlete: I developed early. I was a solid A cup at 10 years old, and was very embarrassed about it because I didn’t look like other girls my age or the women in my family. The idea of wearing a bra made me self-conscious, so I refused to wear a bra for a while. My aunt gave me a sports bra for my birthday in fourth grade and said it was something I “might want soon.” I remember my mom made me wear it to a friend’s birthday party. A boy saw it and wouldn’t stop teasing me about it.

As I got older, my boobs only got bigger. Going on birth control made my cup size go all the way to a DDD. All the women on my abusive biological father’s side are curvy; I associated my breasts with that abuse and developed body dysmorphia. Sports helped me reconcile with my negative body image. When I was a runner, I became more confident in my legs but I was still self-conscious of my breasts because they bounced around so much. When I started competitive mountain biking, I began to see a lot more athletes who looked like me—full-figured BADASS women kicking ass and succeeding. My breasts had nothing to do with how good I was at mountain biking. When I began to really succeed, making top 10 in almost every race, I was much more at peace with my body because I was able to appreciate it for all its capabilities.

Marlee, 19, she/her, actress and high school senior: In middle school, I had just gotten my first “real” bra with underwire and padding. I was proud that I had finally reached a rite of passage, but I wasn’t sure how I felt about the contraption digging into my ribcage. I was backstage at a dress rehearsal of Singin’ in the Rain, in an itchy feather-covered costume, getting ready to go on for a scene. A guy who was going on stage with me was trying to make room for the dancers who had just finished a musical number. He put his hands on my shoulders and slid me out of the way of the growing crowd…or at least he thought it was my shoulders. He had actually missed my left shoulder and grabbed my boob. As soon as he realized what he had done, his eyes got really big. All he could manage to say was, “I’m so, so sorry!” before sprinting down the hallway. I couldn’t decide if I was frustrated that, by sight, my boobs were still indistinguishable from the rest of my body or if I was happy that someone who accidentally touched them could tell what they were. This event was confirmation that needing a “real” bra meant I was becoming a woman.

Anonymous, 20, he/him: I remember my nana taking me to Macy’s to get my chest size measured because she didn’t think I had a “properly fitting bra, which was unacceptable for a young lady.” Having some stranger measure my chest in a Macy’s dressing room was utterly embarrassing. I remember her whispering into my ear, “Wow, a 32D. Some boy is going to be very lucky.” As I quickly put my clothes back on, my nana congratulated me on my “womanhood.”

To me, bras represent restrictions. I felt obligated to wear an uncomfortable, hyper-sexualized object for no other reason than to adhere to societal norms. It also didn’t exactly help going to a Catholic all-girls school, where going without a bra was frowned upon. Binders, on the other hand, represent freedom and restriction. Freedom to feel comfortable about how my chest was going to be publicly received in a way I felt body-positive about. I love my transgender body, but my breasts gave me severe body dysphoria. I used to use duct tape and ace bandages [as binders] because that’s all I could access as a 14-year-old young baby transgender kid. I broke ribs binding before I had the means to buy my own binder with a friend’s credit card—Venmo wasn’t a thing back then. Now, after my top surgery, I am very grateful that I don’t have to wear either [bras or binders]. I feel comfortable with my chest because, as cliché as it sounds, my chest finally feels how it naturally should be.

Em, 16, she/her, activist: In high school, when I “grew” actual boobs and became more athletic, I discovered bralettes and sports bras and made the switch. I have always been very, very, very small, so underwire bras were more of a romanticized rite of passage than a necessity. Then life got hectic and I started to wean off bras all together. For the past two years, I’ve basically only worn a bra when I’m wearing a sheer shirt, when my boobs grow while I’m on my period, or when I want to “look hot” with a lacy or mesh bralette. Older, gross men on the street sometimes blatantly stare, and that really sucks, but a few girls in school who notice what I’m doing have come up to me and announced that they’ve started to wear bras less too. That solidarity is wonderful. At protests, I sometimes “free the nipple” to reclaim the sexualized gaze and call for unlimited bodily autonomy. Taking off your shirt and bra in [New York’s] Washington Square Park is terrifying, but it really boosts your confidence to get genuine support from strangers. Advice to new Free the Nipple protesters: Take however much tape you think is enough, and put on even more. ♦