Why Can’t I Be You: Clara Polito

A chat with the teen baker, author, and businessperson known as Clara Cakes. 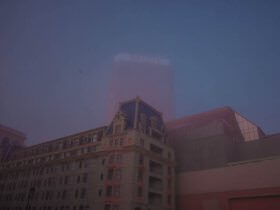 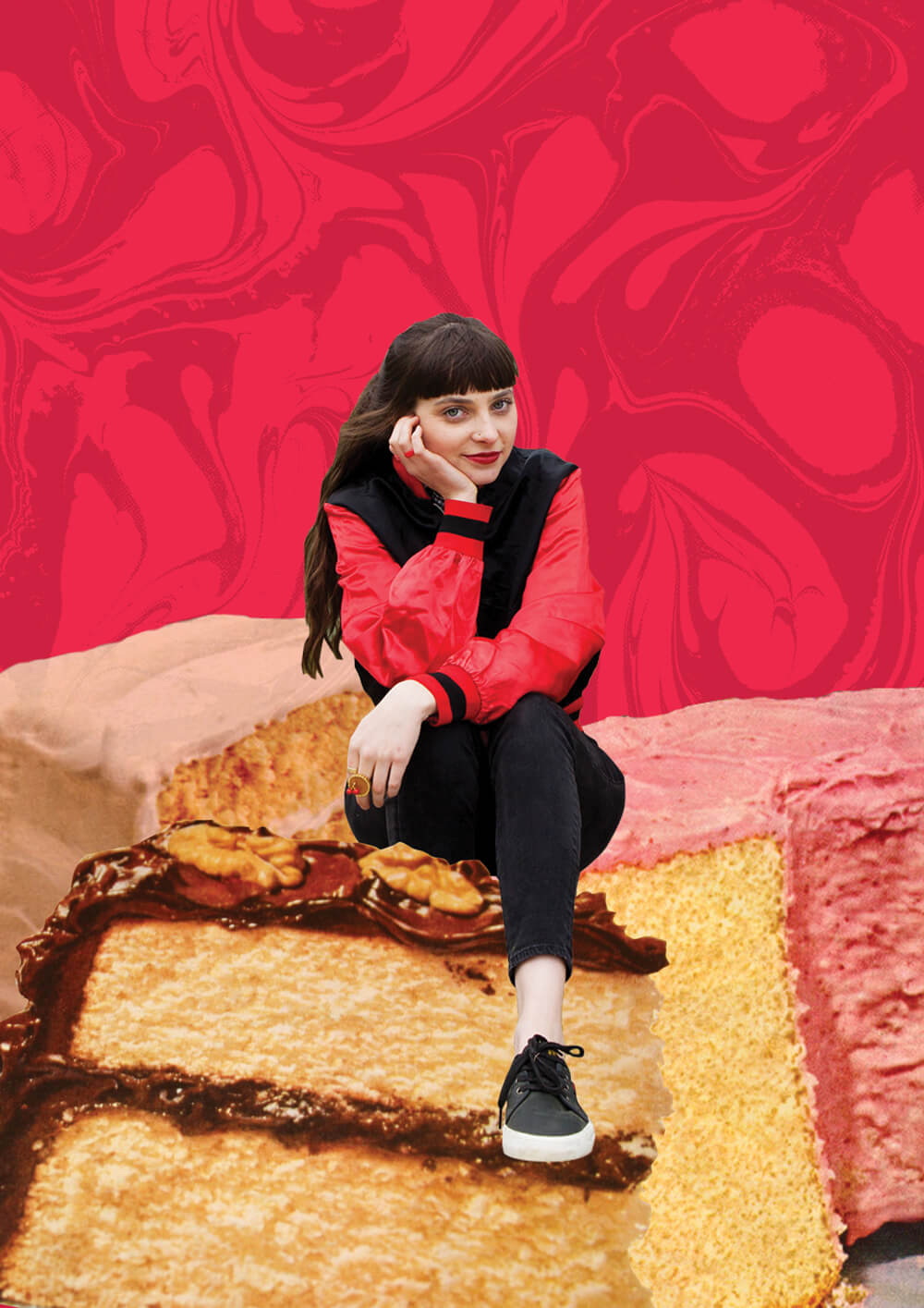 Clara Polito, the 19-year-old vegan baker and businessperson known as Clara Cakes, is a whiz with a whisk and a well-stocked pantry. Clara has been masterminding recipes for original baked goods since she was 12. She’ll soon bring her sweet treats to bakers of all ages when her cookbook, Clara Cakes: Delicious and Simple Vegan Desserts for Everyone!, comes out on March 7.

In February, I caught up with Clara to talk about cakes, punk, and staring down prejudice as a young vegan baker. Soaking up some of her drive and ambition, and hearing about her journey to build her own brand from the ground up, was truly incredible. What she has to say about breaking barriers and finding what you’re most passionate about might inspire you as much as it inspired me.

VICTORIA CHIU: Clara, we’re actually the same age! It’s so awesome to see another teenager taking big leaps and showing such drive and ambition. There are a lot of different parts to your story—how you came to do the work that you do—and it’s a lot to tackle all at once, so I thought we’d start off by talking about cakes. How did you get into making your own baked creations?

CLARA POLITO: I became vegan when I was 12. I was in living in a suburb at the time that had no vegan sweets—kind of your typical suburban area. Out of necessity, because I’ve always had such a sweet tooth, I would make all different kinds of desserts, like brownies and cakes and cookies. I started to really get the hang of it, and I worked until I got the results that tasted the same as the non-vegan versions I’d grown up eating.

Did someone act as a gateway into that baking sphere, or did you come into it on your own?

From a baking standpoint, there wasn’t really anyone who got me into it. I think [baking] just challenged me, and I was really inspired by that. When I started out, I would go online and look at different recipes and just learn the basics of baking in general, ’cause I hadn’t ever really baked before that aside from box cake mixes and stuff. I’m pretty much self-taught.

That’s really cool! Do you start the creative process by tossing things together and seeing the results?

That’s pretty much it! Sometimes things will come together and work out beautifully. Other times it’s more of a trial-and-error process. A batch of blondies might come out a little differently than I wanted them to, and that’s when it comes time to take note of that and make adjustments to get the results I’d like to have.

Are the recipes in the book ones that you’ve been making for a long time and compiling now into one place?

Yeah! Recipes like the Neapolitan Cake—a lot of recipes in the book, actually—have memories and stories attached. The Neapolitan Cake is one I came up with my best friend. I was entering a vegan cupcake competition. We had about two hours until we had to get there, and all the flavors we had been making seemed kind of basic. It was sort of a sudden, spur-of-the-moment decision to be like, “Well, why don’t we do chocolate, strawberry, and vanilla?” The response was a unanimous, “OK! That’s Neapolitan! Perfect!” It worked out really great as a cupcake.

Something I really liked about the book was all the personal touches, like the playlists and the poems. Are those elements you wrote specially for the book, or were they collected throughout your life?

They were written for the book. Whenever I’m baking, I like to have music or a playlist on. It really helps me focus on baking, like having white noise in the background. One of the playlists was actually written by my brother! His tastes in music have always influenced me, so I thought it would be very fitting to include some of his favorite music in the book.

One challenge a lot of young people face when going out and presenting their own independent creations to the world is prejudice based on their age. Did you ever face any sort of doubt or resistance?

I would say most people have been very open-minded. Of course, there were some instances when some people found my age to be difficult to understand. Another thing that could, in some instances, be seen as an obstacle was the fact that everything I make is vegan. So often the reaction was like, “Oh, not only is she 18 or 19 or whatever age, but everything she makes is vegan. Maybe this won’t even be good.” There have been times when people think it won’t be good because it’s vegan, but then they try it and they say, “Wow, this is the best cupcake I’ve ever had! I can’t believe this is vegan!” The recipes speak for themselves, and the desserts, when you take a bite of one, remove any doubts.

My mom’s a big baker, actually, and she was excited to make some of the recipes in the book.

Oh, that’s awesome! That’s really cool. Were there any she was particularly interested in?

She likes the S’mores Bars and the Breakfast Cake especially, but the whole book is fun for her. On that note, how did you start making a book? You had this amazing talent and took your goods to competitions and punk shows, but how did you take that and translate it into a cookbook?

After I started selling at shows, [baking] became more of a proper business. I started baking for different businesses that would resell my cupcakes. I sell at three different places in L.A., and I started doing custom orders. Then I started doing pop-up shops, too. Eventually I even held pop-up events where I would host a vegan dinner for a weekend and serve things like vegan Italian food. So I never stopped doing what I’m doing. About a year ago is when I started having the book conversation. It made sense for me because I don’t have the financial backing to open a shop. A cookbook was a way to give everybody what I would want to give them in a shop, but in a different form.

Would you like to open a shop one day?

It’s funny how financial backing for businesses can fall into your lap—that’s something we reviewed in my uni program. Opening a business is such an intricate process—we had to write up a business plan recently for a project, which was really, really complicated.

I feel your pain! That’s stuff I wish I could’ve learned in high school and even before: how to write a proper business plan, how to run a business, how to pay taxes. There are so many steps that block people who don’t have parents who are in business, or who are studying to be in business. We don’t have anything on the internet to reference for some of those things.

That’s a very real barrier. It’s easy to say to someone who doesn’t have those formal resources to just “go learn,” but it’s not always so simple. Are you just pouring your energy into your business right now?

I’m definitely focused on the business. I’ve been learning so much the entire time, through actually running it, and I’ve learned so much even through making the book.

That’s great! Books alone can only do so much.

Yeah, exactly! It really depends because people learn in different ways, but if I had gone to post-secondary school, I would have been so distracted thinking about all the things I could be doing while I wasn’t in school. I don’t even know if I would have been able to apply myself fully to school.

Definitely. That’s a great point, too—some people think that if you don’t immediately pursue post-secondary, then automatically that means you’re not applying yourself, but that’s totally untrue. There are so many different career and life paths.

How did you find veganism, by the way?

I found info about it largely on the internet. I was really lucky to grow up with a mom who’s been vegetarian since she was about 16, and when I was around 11 she went vegan. At first that was really overwhelming to me. Even though I was vegetarian, the majority of the foods I ate had dairy in them, and a lot of the frozen meals I liked had eggs and egg whites. Once I read more into the dairy and egg industries, that’s when it clicked: It doesn’t make sense to me to eat meat or animal byproducts. It seemed like the right thing to me to just go completely vegan. I took about a month to fully transition because it was easier to cut out things gradually. Once I did, it became second nature. I don’t even think about eating animal byproducts anymore.

I read that the punk community was one of the first to really embrace your vegan baked goods. How did you find the intersection between those two elements? I had no idea veganism and punk were so connected.

I was raised with music all my life. Both my parents grew up in L.A. and were into punk. My dad was in a band, and both my older brothers are really into music and playing it all the time. That was sort of automatically in my blood, and I got my start doing bake sales at those kinds of shows. Punk music and the DIY community really embrace people who are self-taught and who want to show off the things that they’ve made themselves, whether that’s a song or a band or sweets and baked goods. It felt natural, and the atmosphere just sort of worked.

So what’s your favorite baked good?

I’m pretty moody when it comes to sweets, but I would say banana cream pie is my favorite dessert. I grew up eating it, and it’s the perfect balanced dessert: it’s not too decadent and you can eat it anytime. It’s good for any occasion.

Check out Clara Cakes IRL at the cookbook’s L.A. release party on March 4, or drop into her pop-up dinners in Detroit on March 12 and 13.