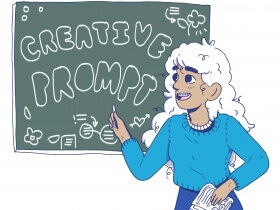 Creative Prompt: Go Out With a Bang 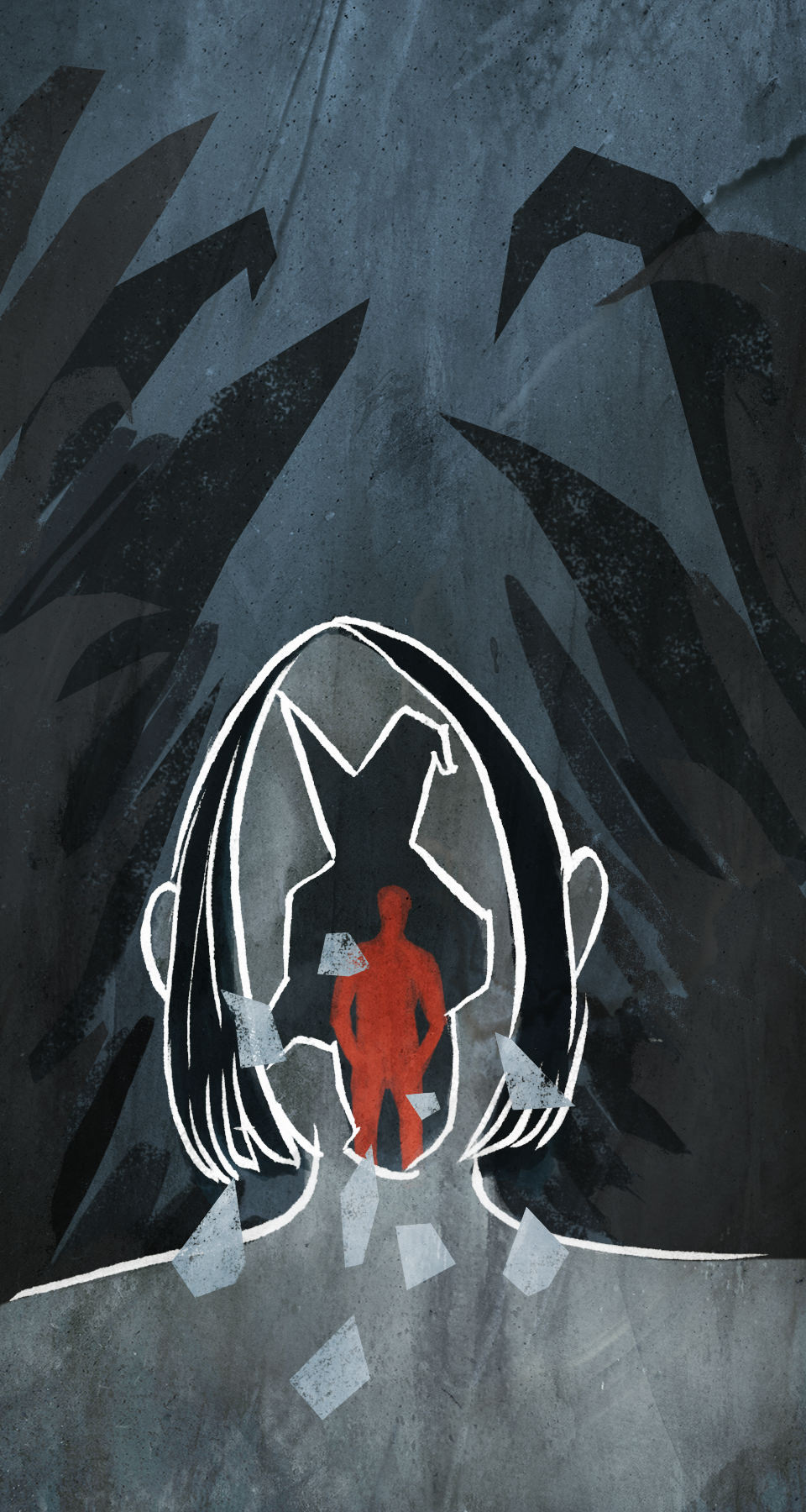 The doctor says it is called absolution [ab-suh-loo-shuhn] or anxiety or depression or whichever comes first.

He is roughly two feet away from you. You are standing in the middle of a concert, trapped by moving bodies on all sides, but he is there. He says that he has come to save you. You know that he hasn’t. He has followed you and your friends to a concert. He is breathing on your neck, and no one notices. You met him a long time ago. His name is—

He is always the first one to say sorry after a fight. This time you are in the bathroom. It must be the ever present floor tile sending shocks up your spine, though it could also be his fingers pressed against the hollow expanse between your neck and collarbone, splayed open wide to form ladder rungs. There is blame in everything, though he would never take it upon himself to answer why.

You go to bookstores with the idea that you used to love them. You order a coffee, and a black tea. The black tea is for him. Afterwards, you immediately bee-line toward the young-adult section, and run your fingers along the books’ spines. You periodically stop at ones you’ve already finished, read the book cover as if its words are new, and frown at the thought of leaving them. He notices.

For a moment, he is silent. His next words come as a whisper. “Don’t we all?”

Almost three years earlier, and graduation is a mess of sensory images. Sunlight in your eyes. The tassel on your cap flipping back and forth to both sides with no care to tradition. The finality here that can never be retraced. You watch them move. Classmates. Like ants across the stage in prescribed lines. Eventually you are one of them. But you should be happier.

You should be happier.

In the present, they all say:

“You have such great potential.”

“Everyone goes through something like this once in awhile.”

“You do have a great life, you know.”

Yes, of course. But then again, there he is with soft lips pressed against your right temple every night. There he is always. There he is.

“It feels like I’ve lost my heart or my stomach or my everything,” you tell him. This is a first, but he doesn’t respond. Perhaps because he has no answer.

When you imagined what having depression must have felt like in the past, you remembered Charlie from The Perks of Being a Wallflower, Virginia Woolf’s pockets full of stones, and movie characters in dank apartments surrounded by massive amounts of literature and their pill bottles.

The Lisbon sisters never told you that it would be too hard to breathe. That every morning he would grab a spoon, press it against your belly, and ask if he could dig harder. That he would tie stones to your knuckles so that writing would become a chore. That he would ask you to look into your bedroom mirror and feel hate. That he would hold your hand while doing all of this.

Because he always says, “I love you,” and makes you feel guilty for ever feeling. For ever wanting. For ever hoping.

Because this is your absolution. He is holding onto your neck with both palms facing outward. Depression is him taking your ribs and burying them right underneath your bed and yet making them untraceable. Recognizing yourself is no longer possible without the feeling of him beside you. Who are you anymore without fear?

At night, you take a pill and hope he disappears.

And there they are. The bones. Peeking out from underneath wooden floors.

It is morning, now. He always tries to keep you from mirrors, but he has forgotten that in water can be found a reflection. Your hands rest on his forehead and push downward. Because this is called relocation [rēlōˈkāSH(ə)n/] or change or the act of carrying on without any reservation. ♦