K Sloan: Take Me Back to Summertime

The premiere of the singer’s upbeat Motown-inspired track. 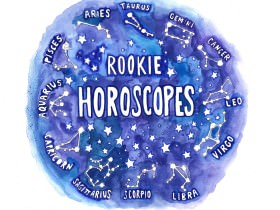 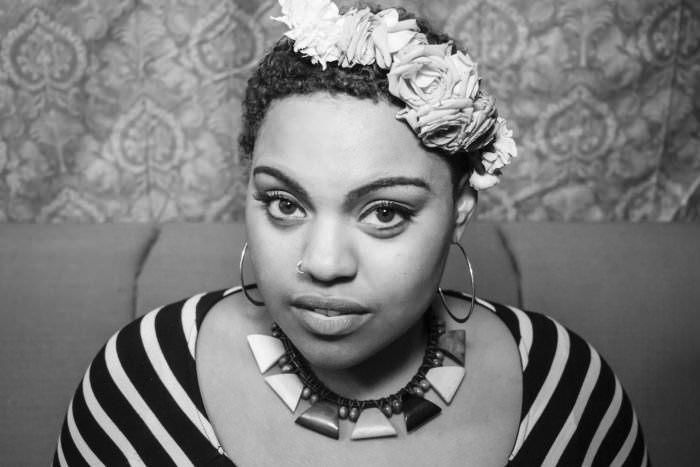 K Sloan is a retro-soul singer and songwriter from Detroit. Born Kelly Erin Sloan, the New York–based singer got her start as an actor and made the switch to a solo music career after working as a background singer. Today, we’re happy to premiere her new track, “Take Me Back to Summertime.” It’s an upbeat Motown-inspired melody about young love and a must-listen:

Earlier this month, I was lucky enough to speak to K Sloan about her new song, her influences, and alter egos.

UGOCHI EGONU: How did you get into music?

K SLOAN: I’ve been singing since I was 12 years old. I started out singing and acting in a program called Mosaic Youth Theatre of Detroit. I was in the acting company, but I used to hang out with a lot of the singers in the singing company. We would spend our free time singing and harmonizing. Then I went to DePaul University [in Chicago] to study theater, but I would still do musicals and be involved in music while I was there. When I moved to New York for grad school, I started background singing a lot. Every summer when I first moved here, I would go to Italy to teach English. I met another teacher who was a guitar player and one summer we ended up traveling a lot together and wrote a bunch of songs. From there, I realized that I had a knack for songwriting and came back to start my solo career.

Who are some of your inspirations?

I like an old school retro sound. I’m from Detroit, so a lot of Motown music inspires me. I like taking old school stuff and making it new, so I like performers like Amy Winehouse, Andra Day, Emily King, and even Bruno Mars because he does a lot of the throwback stuff. Even older artists like Billie Holiday. I would listen to her when I was really young, my parents introduced me to a lot of that stuff. They listened to a lot of neo-soul artists like Jill Scott and Floetry—soul artists in general.

Yeah! I hear a lot of that in your music. Lots of mixing genres and mixing time periods. Can you tell me a bit about your new track, “Take Me Back to Summertime”?

“Take Me Back to Summertime” is very much a song about young love. When I wrote it, I was teaching at an actor school. These two students were in a relationship and every single day they would come to the teachers and talk about their drama, which was hilarious to me. We were wrapping up at work one day and talking about how to deal with the situation because my reaction was always to just roll my eyes whenever they talked about their little dramas and be like, “This is ridiculous.” Our boss said something really poignant that stuck with me. He said that no matter how ridiculous it sounds, you have to honor their feelings because it’s very real to them. He told us to imagine where we were at that time and how it felt like that one person was your whole world. “Take Me Back to Summertime” is about young love and what it felt like to be in love back then versus what it feels like to be in love now. As we get older things get more complex, but when we were young we were free to love openly and honestly without judgement. So it’s talking about getting back to the free, easy love.

In the song there’s a line that I absolutely love: “We don’t need a single thing but memories.” Sometimes when we look back on old relationships, the best thing for moving forward, whether that’s together or apart, is the memories of the good times together, which this song is all about. What role do you think memories play in relationships, during or after?

You kind of have to be careful. If you reminisce and stay in the past, sometimes that can be dangerous, especially if it’s not a relationship that was meant to last. But at the same time, when the going does get rough, you can reference those memories and think about what worked back then, and think about how you need to change and adjust and grow. Sometimes you need to remember the feeling that you had and how you built that love and trust. My parents have been married for 34 years now, and I think about the feelings that they had to hold onto in order to have a marriage that could last that long. They are still very much in love, and I think it’s because they are constantly remembering what it felt like to be with each other for the very first time. For people who are very in love, that feeling never goes away.

My process has changed a lot from what it used to be. I’ve been teaching myself piano. I played a bit when I was younger, and I’ve started to come back to it. When I started songwriting, I would hear the melody in my head. I would get together with a few musicians and sing them what I wanted to hear. We would collaborate and figure out an accompaniment together. But now that I’m playing keys, I can sit down and play chords that sound good. I don’t even read music or anything. I’ll play whatever sounds right. Sometimes lyrics will come to me first, but now when I sit down at the piano, chords will come to me first. I’ll develop lyrics around that. If I get stuck or have a bit of writer’s block, I’ll free-write about it.

You mentioned that you have a background in acting. When you are performing and singing as K Sloan, do you think of that as acting out a character? Or is K Sloan the same person as Kelly?

It’s funny that you ask that because when I was getting started my dad was like, “You need an alter ego, like how Beyoncé has Sasha Fierce.” I was very against that idea at first because I felt like it wasn’t genuine. I wanted to be myself, K Sloan. As things have developed, I don’t think that I have an alter ego but [me onstage] is another facet of myself. I put on these retro outfits, sparkly clothes and flower crowns, and to me it’s kind of all of my music ancestors incarnate. I’m channeling Billie Holiday, and I’m channeling all the big voices of Motown, but I’m still myself. It’s become a sort of character, but it’s very much me.

What is your message?

Transformation through music and catharsis through music. I’m bringing back real sounds and real instruments with elaborate compositions. Really, just letting people know that music can transform society and transform the world. ♦