An excerpt from Do What You Want, a zine about mental health. 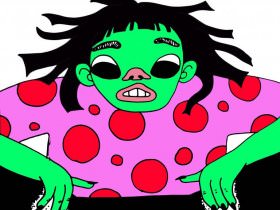 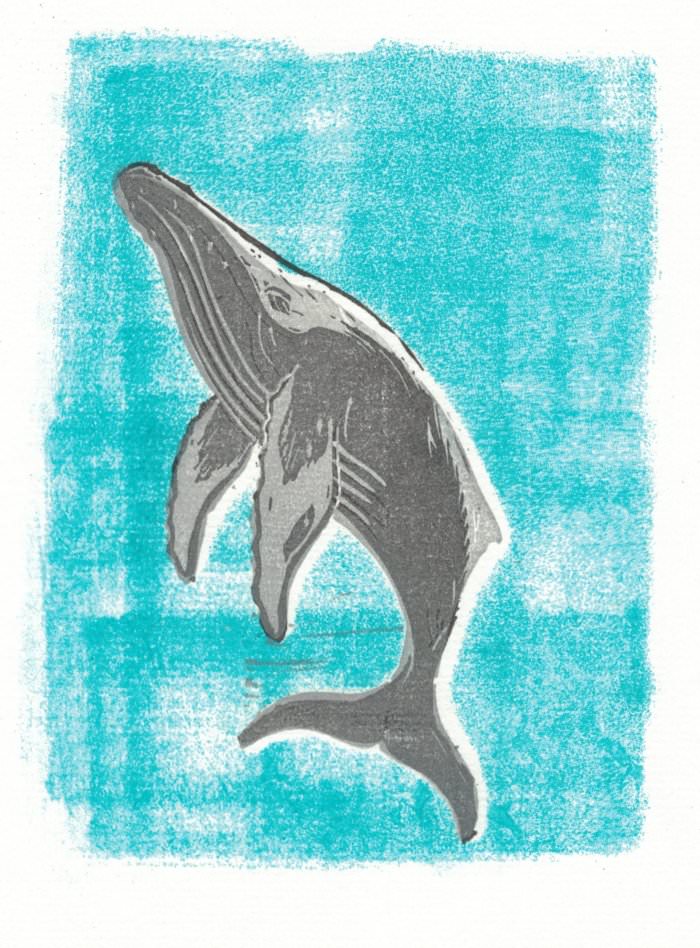 We rarely show our truest selves. These are the parts of us that are painful, broken, different, and strange. When our mental health is poor, just existing in this world is a radical act—even more so for those of us who are also neuroatypical, perhaps autistic, or living with a learning disability. That otherness makes doing what you want nearly impossible, as what you want is to just be you, and what you are is “wrong.” Martha Rose Saunders’s essay, below, is about how she embraces being herself as an autistic woman with mental health problems. It appears in Do What You Want, a new zine about mental health. All profits from Do What You Want go to mental health charities, and you can preorder it here. —Ruby Tandoh, co-editor, Do What You Want

I’ve had the same recurring nightmare since I was very young. In it, I am falling through the ocean into the depths, where giant squid hang, suspended like pale, repulsive angels, and a thousand strange and shapeless things move unseen in the darkness. It is the dream I dread the most.

This nightmare has often confused the people close to me. The ocean has been one of my lifelong special interests: As a child I pored over marine biology encyclopedias, obsessively memorizing names and collecting facts. I loved the Pacific red octopus with its three hearts and constantly shifting, kaleidoscopic skin; humpback whales with their haunting songs which never repeat; the ancient Greenland sharks that drift for as many as 400 years below the creaking Arctic ice with glowing parasites instead of eyes.

It doesn’t make sense to others that the ocean, which brings me such pure, enthralling pleasure, could also be my greatest subconscious fear. But it makes sense to me. This all-consuming fascination, known as a “special interest,” is one of the most well-known traits of autism, and anything that reminds me that I am autistic, or may convey it to others, is tainted with shame.

High-functioning autistic people are often able to navigate the world in ways that other autistic people perhaps cannot, blending in socially and living and working independently. The ability to “pass” as non-autistic is often considered a benefit or privilege. In reality, this endless performance of normality is exhausting and degrading.

What’s more, autistic girls like me exist in a particularly strange and dangerous contradiction. Women are taught their primary value is in their desirability; autistic people are publicly desexualized, infantilized, and stripped of dignity. This juxtaposition leaves autistic women in a constant state of desperate self-construction, obsessively chasing an elusive ideal that can only be obtained by attempting to completely erase any trace of our disability. John Berger once wrote “the surveyor of woman in herself is male;” the surveyor of me inside myself is also neurotypical, the traces of my neuroatypical autism erased. Even when completely alone I am always monitoring myself, a warm, sickening rush of self-disgust and humiliation washing over me when I do something visibly “autistic” like stimming. Stimming is short for self-stimulatory behaviors such as rocking, fidgeting, or feeling certain textures; it’s a soothing method autistic people use to manage feeling overloaded or anxious. Like many high-functioning autistic people, I have avoided the stigma attached to these behaviors by adapting my stims to appear as subtle as possible, replacing flapping my hands or rocking with picking and peeling back the skin on my cuticles ’til they bleed. Self-mutilation is preferable to the shame I associate with more stereotypical stimming.

Such aggressive self-policing is actively encouraged even by supposed autism advocates. The majority of parenting advice prioritizes hiding an autistic child’s symptoms over accepting them, and autism specialists have suggested that high-functioning autistic women should not seek diagnosis or support if they can “pass” as non-autistic. These comments are made despite research showing that two-thirds of adults on the autistic spectrum have suicidal thoughts, and 35 percent have either planned or attempted suicide. Given our deeply ingrained sense of shame and the constant pressure to perform and conceal, these figures are unsurprising. To say that we are vulnerable to mental illness is almost too passive: poor mental health and rock-bottom self esteem are practically built into our brains, a logical consequence of growing up knowing that your very essence is shameful and must be hidden.

The cost of living your life as a constant performance of togetherness is that it becomes fatally dangerous to fall apart. I am terrified of speaking to mental health professionals, as I have grown up associating the inability to repress my inner self completely with failure. I often feel as though if I start to cry I will never be able to stop, and that the careful chrysalis I have spent my life building around myself will shatter, leaving exposed something I am not quite ready to confront yet. For autistic women, admitting that we need help doesn’t just require self-acceptance, but a deeply painful and introspective deconstruction which goes against everything we’ve learned to do to survive.

Imagining a future without this debilitating shame often feels impossible when right now I’m even embarrassed to be alone with myself. But I’m learning, slowly. I recently went on a date to the aquarium, somewhere I would previously only ever visit alone. It’s a strange place to feel at your most vulnerable, but in the soft blue glow of the shark tanks I felt more naked than I ever have in my life. Just a year ago it would have been inconceivable to me that I would share such an intimate part of myself with anyone, let alone a man who I wanted to fall in love with me. I don’t know if I’ll ever be able to feel completely comfortable with myself, but I’ve stopped having nightmares about the ocean. Baby steps. ♦

Martha Rose Saunders is a psychology and sociology student and occasional writer with an interest in neurodiversity, gender, and mental health.

Robin Bray-Hurren is a queer, trans, disabled printmaker and calligrapher who enjoys architecture and natural history.