With our critical voices amplified we are able to address our reality. 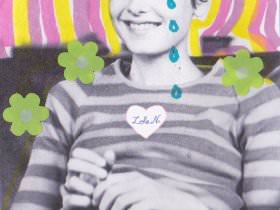 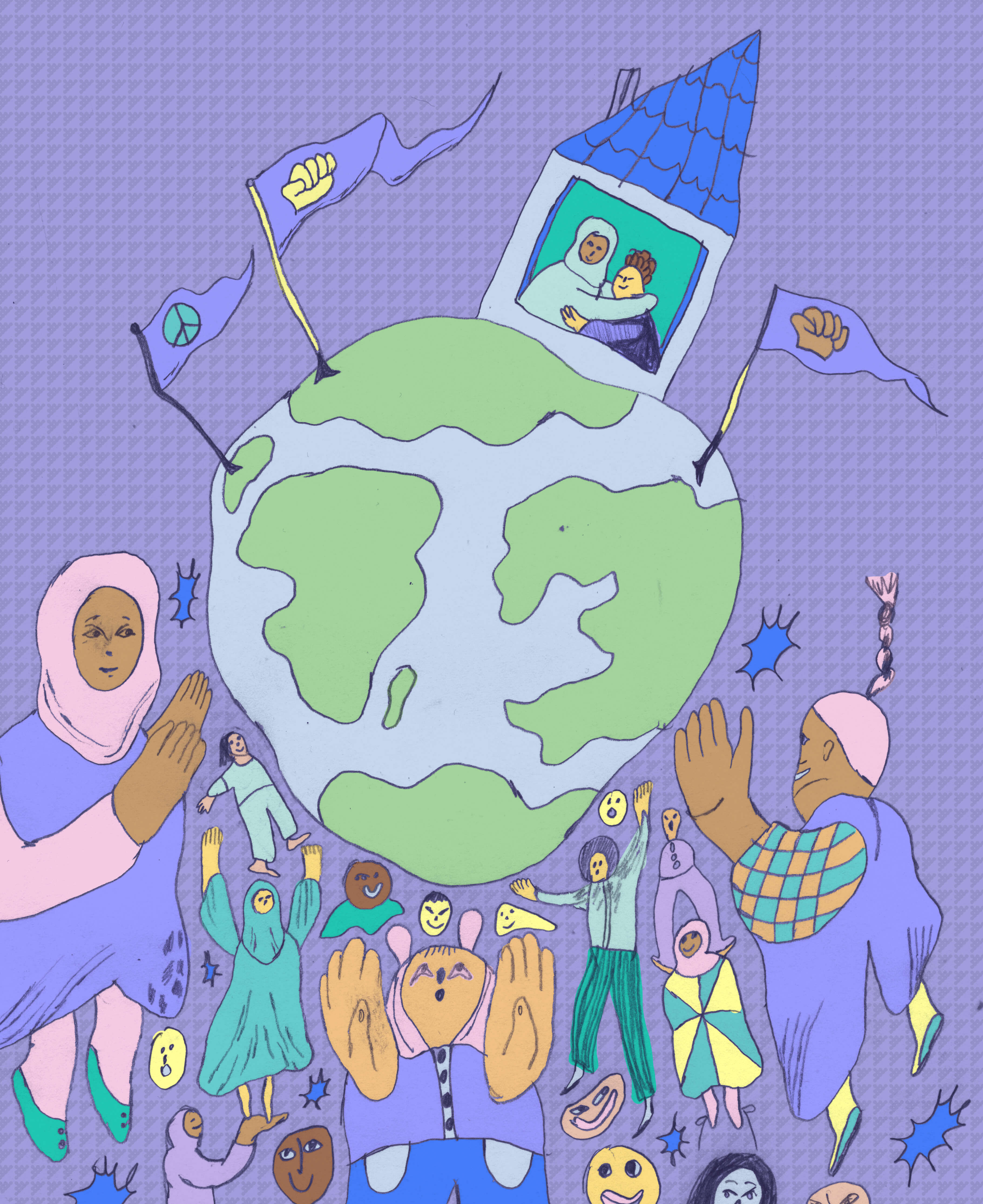 The first instruction I receive from my mother in 2017 is delivered as I’m planning an essay on the memorialization of 9/11. Her voice, drifting over the bad reception of my phone, is insistent. I put down my pen and fix my posture as though she can see me. She asks me how I am and then checks in on my plans to see my oldest and best friend in New York this summer. She recalls my sister’s jokes about “flying while Muslim,” and I laugh, but not for long, because she’s mentioning a video on her newsfeed about hours of interrogations and cold airport rooms. About people being kicked off airplanes, despite all the details. I realign this in my mind, alongside my Englishness, my hijab, and the color of my passport. When there is silence between us, she clarifies what her tone of voice has already said: “Mariam, I don’t think you should go.”

The subtext is Trump’s America. And though I am still willing to argue with her, there are articles from 2001 on my own laptop screen that build a bridge to the present. Ever more news reports are willing to make suspects of us, so I tell her that I agree with her. The decision is so sensible, so matter-of-fact, that it hurts.

My friends and I spend a lot of time trying to laugh at the news, forwarding memes and videos and articles on logical fallacies in conservative arguments as though if we’re smart about it, we’ll be able to reverse something significant. But we comment on these things so earnestly and with such faith in our political sensibilities—we weren’t the ones to do this, but we will be the ones to suffer its widespread effects—that even this, in its own strange way, feels comforting.

For all the narratives that the media spins, the strength of the millennial voice is in being able to develop its own—for followers or friends. In the aftermath of the election, and in resigned acceptance of where we are right now, we watch media stories that eclipse one another in unpleasantness, touching on new policies to be ratified and hate crimes that have peaked. But if we want it to, and so many of us do, our social media can help us reconcile what has happened with the expectation of what could happen next. We are not mourning the fact that these days it is difficult to find us surprised. If anything, we are learning to strengthen our condemnation of injustice. “Not this shit again!” Someone screams into cyberspace, and we know they won’t be the only person to say that, or think it. That’s why we go to “like” the comment.

After I hand in my essay on what those towers falling has come to symbolize, my supervisor furrows his brow and, in the voice of objective academia, asks me why I think any of this matters. I stare at the pieces of paper between his fingers, the black typeface a blur at this distance, and then up at him. He smiles, and then paraphrases. “Why do you think it’s important to talk about this?” I return the smile, and think about protests and racism and front page headlines. And then I self-consciously, or maybe defiantly, fix the curve of my hijab.

After September 11, 2001, the headlines talked about a declaration of war. I was too young to understand much except that after that, every numbered tragedy that contributed, and contributes to, our notion of history also corresponds to the propagation of an ideology that leaves a society disparate. Then and now, just mentioning Islam provokes a reaction. Back then, all I found myself naïvely asking reporters for The New Yorker and the Guardian and CNN and the BBC, was “what if all of this had never happened?” I am better at phrasing that now: What if I hadn’t been a child growing up surrounded by conceptions of nationhood that left me feeling trapped by the ideas imposed on it? What if I hadn’t seen tensions in foreign policy mirrored in slurs on the asphalt playground? What if I wasn’t an adult watching that feeling grow a new layer of complexity, with a different figurehead on TV, a new array of political targets, but the same aftermath of division and the shifting of the political landscape under our feet?

This time, though, it is easier to spot the takedown of an ill-informed argument on the same platform as the argument itself. This time, it is hard not to pay attention to our screens, big and small, where nationhood is critically assessed rather than consistently built up. We offer something to each other in every link shared, or video watched. In our displays of necessary, casual solidarity, we are telling each other that it is difficult to feel alone.

After the #NoMuslimBan hashtag trended and protesters all over the world took to the streets, I found myself making a Make Dystopia Fiction sign and dragging it to my local show of solidarity. Then I questioned my own choice of truth-making. The truths created by Trump’s administration are dangerous because they constitute our reality. They are not intended as satire. They intend to “Make America Great Again.” That “greatness” only had to be compelling, not accurate, to be taken seriously.

I’d wanted to keep my sign but I ended up throwing it away, finding something discomfiting in what I’d written so carefully in felt-tip pen. In the trajectory of our history, our politics, and partisanship, how does one make dystopian fiction if those elements of fear and marginalization are not specific to a genre? They have always been here. Our memorialization of our shared history can tell us that. But now, with our steady, tired, open eyes, we are able and ready to see our reality. With our critical voices amplified, we are learning to address it. With my mother’s worried voice in my ear, I know it as well as I know my best friend living in New York City. In a time of great and growing confusion what we are being taught, and what we are teaching ourselves, is the importance of great clarity. ♦