Cracks Are Where the Light Gets In

Failure doesn’t mean you have to live with unhappiness. 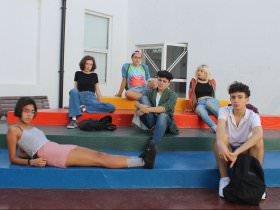 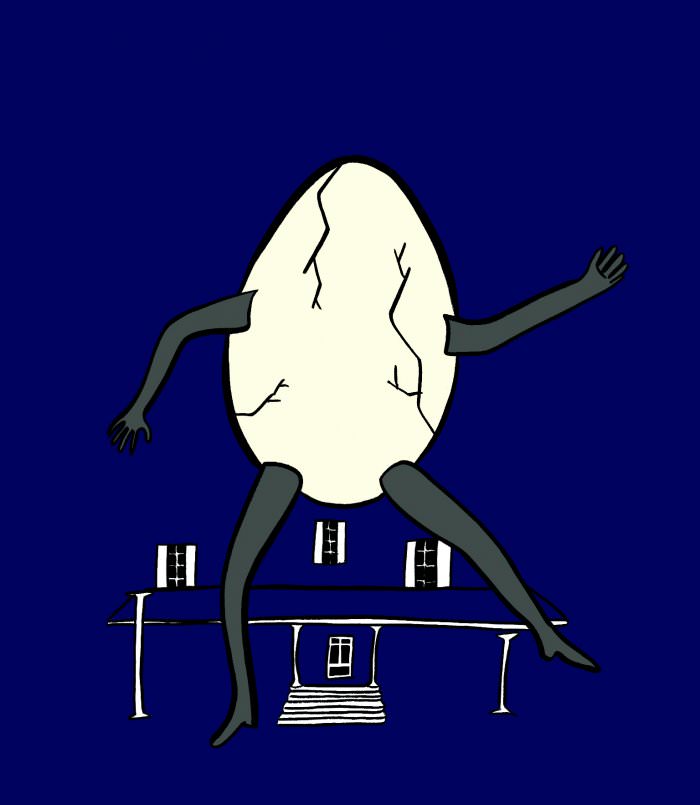 There’s a memory that has been haunting me lately.

It’s a warm morning in June, and I’m sitting on the front stoop of a house I moved into a few weeks earlier, waiting for my mom to arrive so we can shop for plants for my garden.

My eyes are too dry, too sapped of fluid. It’s like they were held open all night with clothespins, not the silent fury that kept me awake. My skin feels thin and fragile as an eggshell—one that already cracked. I can sense the fissures.

I’m sitting on the stoop, and I am falling apart.

My mom shuts her car door and approaches me, squinting into the sun. She is smiling, wearing shorts and a visor that kind of makes her look like a tourist at Disney World. I know she expects me to stand up, to smile and walk toward her, to figure out whose car we are taking, to get our garden-supply shopping started. But I cannot stand up. I cannot smile. The shell explodes like it was dropped from a skyscraper, the pieces ground into oblivion. Before she can run across the lawn to reach me, I’m a mess of snot and tears. It is hard for her to coax the words out, but finally they come. They had been clattering in my head all night. They scrape their way out of my throat. My boyfriend’s name. The boyfriend I’ve had since I was 17. Seven long years. The boyfriend who is still snoring in the bed inside, passed out hard after drinking until 3 AM.

Simon.* Simon is an alcoholic, I tell my mother—a fact she knows, and has for years. So have my friends. So have I, but I have never said it aloud.

Simon is an alcoholic, and I don’t love him anymore. I have made a horrible mistake moving into this house with him. I have thrown away so many years with him. I am a failure, I tell her, and now I will have to live with this forever so that no one else will know.

Aside from the day my friend Marcel died, that day—the “eggshell on the stoop day,” as I refer to it when talking with my therapist—is the hardest and most emotional I can remember. Simon and I did not break up—that would not come for nearly a year—but “eggshell on the stoop day” was when the apocalypse hit and completely destroyed our relationship. He slept through it and remained oblivious as I spent the next several months trying to rebuild something from dust because I could not let myself succumb to the word I feared more than anything: Failure.

I’ve always been ambitious, a perfectionist, an overachiever. Lisa Simpson and I are kindred spirits—well, sort of. Lisa, it seemed to me, could take hits and keep on striving. I reached a point somewhere around junior high when insulating myself from failure became more important than achievement. (A prime example: After getting a B in honors Biology, I decided not to register for honors Chemistry because an A wasn’t certain.) But I was even more concerned about how I was perceived socially than academically. I knew I was smart, but I never felt like I fit in. I often was so desperate to keep the people who seemed to understand and accept me in my life that I stayed in friendships and romantic relationships that were damaging, manipulative, or that I’d simply outgrown. Anything to not feel like a lonely loser, especially in high school when it appeared that everyone else had a super-tight friend group and a significant other.

When I met Simon, I was in a really weird place. I’d just achieved what, at that point, had been my biggest goal: independence. At 17, I’d graduated high school early and moved out of state to live on my own with a friend. I was proudly drug- and alcohol-free, and I’d even quit smoking. In a few months, I would start college and my path to becoming a counselor or social worker. I was accomplished and well on my way to success—or this was the image I liked to project. On the inside, I was still reeling from an emotionally and sexually abusive relationship that had ended two years prior. I’d been struggling with depression and self-injury since I was 13. I had yet to find a good therapist and took solace mainly in my equally self-destructive friends. My parents had just gotten divorced.

Simon was six years older than me, and I thought he looked like a rock star. He was a party boy, but he also loved literature and poetry. He praised my writing. He told me I was brilliant and thoughtful and unlike anyone he’d met. We had great sexual chemistry but he was also sensitive to the fact that I’d experienced prior abuse. (This should be standard in a partner; unfortunately at that time, “not going to force me to have sex” seemed like a special quality rather than decent-human behavior.)

After three blissful, inseparable months, I was heading to college. On our last morning together, he said it was good I wouldn’t be around that weekend because his girlfriend was coming to visit. His girlfriend, who was apparently someone other than me. I was too shell-shocked to cry. That moment should have been the end of Simon and me. I would say this to my mom on the stoop, and to my best friend and my therapist in the many days before the breakup. In my mind, my first failure was letting things continue beyond that confession.