A Fork in the Road

I had to veer from the course my mom and I set out for me. 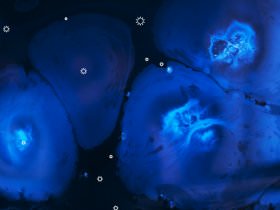 The Apocalypse Is Blooming 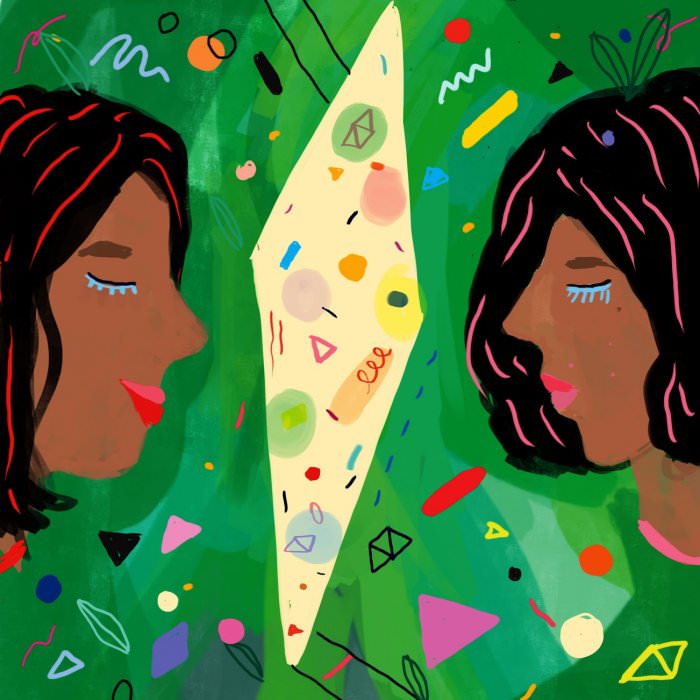 My mother and I went to the same college, separated by 18 years. I often walk through campus in awe of the idea that my mom once walked on the same sidewalk, maybe even thinking about the same things I am thinking about—how to find time to eat a meal, a pressing assignment, or a meeting with a professor. I sometimes feel so much like her. We are extremely close, so it is no surprise that I have picked up a few of her mannerisms and tastes. (We both are emotional, humorous, and open-minded. I sit on the couch like her. We fall asleep in the same position. She enjoys watching French films like me, except with the subtitles on—I like a challenge.) Then I remind myself that despite our common stresses about school and career expectations, and despite our similar traits, my mother was in a very different situation when she was in college.

We’ve acknowledged this difference before. Her acknowledgement is paired with hope that I will carry out my college years more successfully than she did. I feel pressured by this hope because it works alongside her need to live vicariously through me. My decisions are often shaped by this pressure, and I feel like I am losing out on knowing myself fully and strengthening my identity because I am trying to fulfill hopes that aren’t my own.

My mom moved to the United States from India to marry my father (arranged by my grandparents), continue her studies in ballet, and major in English. My mother was 20 years old, a wife, and a commuter student. In contrast, I just got out of a year-long relationship due to my inability to commit at the age of 19. I live on campus and rarely ever leave because I don’t have a car. I am majoring in economics, minoring in political science, and I am not an immigrant. My mother was in a completely different situation, and experiencing the world in a very distinct way because of it. She was more of an adult than I feel like I am.

Although my mother remembers her undergrad years fondly, she often expresses her regret for majoring in English. She told me that she loved studying literature so much and that her professors told her that her writing was spectacular. But it was difficult finding a job as an English major, especially when she desperately needed to find a job after she left my father and was a single mother raising an infant. Initially (and up to last month), I felt that by attending the same school as my mom, I was kind of redoing what she did. I thought I was “fixing” her mistakes and overwriting the part of her life that parallels mine.

My mom and I made a plan together when I was in middle school. She had just finished telling me about her journey from India to the United States: marrying my father, studying English, dancing in ballet school, getting pregnant, and putting an end to her dreams so she could take care of herself and me. I was in awe of the sacrifices she had made. “Don’t be stupid like I was,” she said. “You should study something that will get you a job so you can take care of yourself. You don’t want to struggle like I did.” So that’s what I did. We made a plan when I was 12 that I would study economics because it could broaden career opportunities for me, though at that time I had no idea what those opportunities were and what economics really was. She’d remind me of this plan throughout high school, until the year I was sending out college applications.

I think in following “the plan,” I am inherently making a poor choice—but in a different way than my mother believes she did. I’m making a huge life mistake, one that will show its long-run consequences eventually when I am older and working a nine-to-five job that I despise. I am forcing myself onto a path of dissatisfaction in my career and away from the one to a fulfilling career. I am pushing myself to grow up too fast and be practical and do the “smart” thing versus following the idea of doing what I love and what I want to do and what I truly feel like I am good at.

The question is, why am I doing this? Why am I studying economics? As a precautionary measure? While I value the harmonization of my skill-set and the careers available to me through economics, I don’t see myself sitting in a cubicle, slamming at a keyboard all day, entering numbers into Excel, analyzing business cycles, or calculating variable costs. I see myself doing almost anything else. There are plenty of opportunities out there, but they seem unattainable given my low-key resentment for my major, and that’s due to the reason I am studying it. Because mom told me to.

In admitting this to myself—that there’s this other part of me and another destiny I should be pursuing—I’m revealing who I really am and the choices I want to make. I am not my mother. I do not have to make choices in reaction to the “mistakes” she made as a way to avoid similar outcomes. I like to think that this other version of me is in another dimension, doing what her heart told her to do, unafraid of the consequences. Maybe it is childish to daydream about an alternate self rather than appreciate the opportunities in front of me right now, even if those opportunities send me in a direction I don’t really want to go. But I’m 19, and I feel like my heart is crying out, asking me to be honest with myself and with my mom. If I were being more truthful, I’d maybe be majoring in French, English, or journalism. If I weren’t being dragged down by worries of impracticality, maybe political science would be my major instead of my minor. I would take more studio art classes and spend my nights painting rather than brushing up on economic theory. I am multifaceted, and I want my academics to reflect that. Whenever I dream of the possibilities, I think of them as different dimensions or realities that look like forked roads. Even though I’ve chosen one resentfully, it isn’t too late to turn around and pick a different one or create a new one that can combat my dissatisfaction with my decisions. I don’t want to regret anything about my college years. I’m afraid I am wasting precious time to make a decision that could change the trajectory of my future.

I can still make a choice. I have two years left in college; I am only a sophomore. I recognize that my mother has made many sacrifices for me. I may never be able to repay her, but the least I can do is stay true to her wishes for her daughter to succeed, free of the financial and emotional struggles she faced. I don’t know if I will drop my economics major for that reason. I’m OK with that, given I have recognized that there is still another part of me that is creative and cursory. I can encourage that side of me, whether that means double-majoring or taking extra classes in English or theater, or just extra time to read and write.

I love my mother and I recognize the struggles she faced as a college student and as a single mom. But I refuse to project those same struggles onto my life. I am ultimately separate from her, and I can make my own choices. I will follow her lead in one thing, though: Studying as a way to express my love for a subject versus studying to acquire something tangible or monetary. No matter how many times she expresses her regret for studying what she loved, I will always look up to her for doing what I am too afraid to do.

With this in mind, I made a recent decision: I am now double-majoring in economics and theater. From the outside, maybe it doesn’t make sense, but it satisfies me. I can incorporate my passion for creativity and my interest in the performing arts into my education. It also pleases my mother, in that I can still “get a job” (whatever that means). I am made up of so many different pieces, and parts of my mom are definitely present in me. I want to do right by her, but I know that means also doing right by me. ♦