An intro to how brain-movies work. 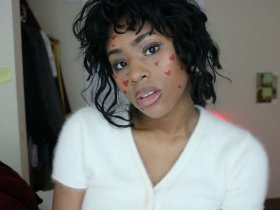 What’s up with dreams? It’s simultaneously amazing and bizarre that for a few hours each night we close our eyes and enter a place where space and time bend, anything is possible, and images conjured by our minds can feel so real that the separation between fantasy and reality blurs. Interestingly, scientists still aren’t quite sure why people dream or what makes them dream. They haven’t even completely figured out why we sleep in the first place! But we do know a little bit about how our brains work, and that can give us some insight into how dreams come into being—and maybe a hint at what they mean, too.

How and why do we dream?

There are so many theories about dreaming among researchers that, as is often the case with science, no one theory is recognized as the “right” one. But there are a few popular ideas about the reasons behind the stuff we call dreams:

Dreams are our brains’ way of sorting through and processing the info we take in while we’re awake. This is backed by research that shows that if we learn more new things during our waking hours, our dream activity increases. In a very Inside Out interpretation of this theory, it’s said that sleep and dreams are when we convert short-term memories into long-term ones—if you’ve watched Inside Out, you might remember that when Riley goes to sleep, that’s when Joy and the rest of the emotional team send the day’s memories down to the Long-Term department.

Dreams are related to our emotional states. If you’re very worried about a major project coming up, for instance, you might dream about having to present it once you go to sleep (something that I’ve actually experienced); if you’re really into your crush, you might dream about them at night. Scientists who favor this theory note that once the body goes to sleep, there’s nothing to distract from emotions—and the brain is free to craft whatever images it comes up with in response to our emotions.

Dreams are the result of random neural firings. Our brain is actually very active during a certain part of the sleep cycle called REM (which stands for Rapid Eye Movement) sleep, and it’s been suggested that this increased brain activity might be the root of dreams. While not necessarily as interesting as the other theories, it does explain why dreams can be so haphazard and confusing sometimes.

Regardless of how or why we dream, though, we’re all familiar with the effects of this biological, physiological, and psychological process.

These are the best. Whether it’s diving into a mountain made of ice cream or romping through a rainbow wonderland amidst a herd of weiner dogs dressed as hot dogs (anyone?), happy, whimsical dreams can make for great sleep and positively influence your mood upon awakening. But sometimes our brains can twist its input and turn these dreams into…

Everything from your worst fears combined into one horrifying pseudo-reality, like an endless personalized haunted house. I’d say that these negatively influence your morning when you wake up immediately after having them, but thankfully if a nightmare is super-terrifying you’ll often be jarred awake in the middle of them. Granted, it can totally suck to wake up at 3 AM after dreaming about being chased down a hallway by an enormous ball of yarn, it’s a relief to realize that it’s only a dream.

Night terrors, in short, describe a bunch of erratic reactions some individuals—often children—exhibit while they’re sleeping. Although this term has “night” in it and seems to be related to nightmares, the name is actually kind of misleading. First of all, unlike a lot of other dreams, night terrors usually occur during non-REM sleep. They’re also not technically dreams at all—they’re actually physical reactions to sudden bouts of fear that can arise within sleepers as they move from one stage of the sleep cycle to another. Night terrors can be very scary to watch, as the people who experience them may sit bolt upright in bed, sweat profusely, writhe, or even scream when experiencing them. However, as terrifying and concerning as they might be to watch, night terrors aren’t usually harmful to the people they happen to, and they’re usually outgrown as kids/people get older and their nervous system develops. A lot of night terror experiencers also don’t remember their reactions to the fear, since they were fast asleep when it all happened!

Lucid dreaming, for the uninitiated, is the idea that someone can be aware that they are dreaming while inside a dream and sometimes even control elements of their dream from within it—a very Inception-y concept. Support for and against the existence of lucid dreaming—and that someone can actually practice it—is abundant on both sides. It’s a very attractive prospect. I, for one, think it would be very cool to make like Divergent‘s Tris and be aware of being inside a (dream) reality that’s separate from the one I’m usually in! While I personally have never had a lucid dream, there are plenty of anecdotal accounts of people who have been lucky enough to experience this endeavor—and there’s been research into this scientifically recognized perceptual experience, too. Lucid dreams, like most normal dreams, occur during the REM part of the sleep cycle, and it’s been theorized that lucid dreams stem from a portion of the logical part of the brain called the lateral prefrontal cortex. Though the science isn’t 100 percent confirmed, it’s possible that this part of the brain, which is normally paralyzed during sleep, can be awakened somehow in the middle of REM sleep, which can allow dreamers to notice that their dreams are just that—dreams. With practice, some people seem to be able to control that response. There’s a growing industry now brimming with techniques and tips on how to induce lucid dreams for yourself, but at the moment science has concluded that there’s no one way to reliably lucid dream on command.

What do your dreams mean?

That’s something that’s been debated for millennia. People have been conducting analyses on dreams since ancient times. Though the origin of dream interpretation isn’t fully agreed upon, one of the first surviving records of someone figuring out the meaning of a dream came from Mesopotamia, an area that used to be part of the Middle East. This record, from the poem Epic of Gilgamesh, tells the story of a historical figure who lived some time around 2700 BC. There are also records of dreams being documented and interpreted in tales related to the Sphinx of ancient Egypt, ancient Greece, and other major eras in history. Toward the end of the 19th century, psychoanalyst Sigmund Freud was a big believer in dream analysis; he proposed dreams were the products of the desires and unconscious thoughts of the dreamer and started to bring dreams to the attention of science. Because it’s so difficult to prove what dreams mean, though, there’s still a lot of disagreement among scientists about the accuracy of dream interpretations—it really does depend quite a bit on the dreamer and the circumstances they face on the daily.

Sleep and dreams are notoriously difficult to research (and even harder to actually interpret), but hopefully as science progresses we can learn even more about how these funky brain-movies work. In the meantime, dream easy. ♦