A web series, movie, and documentary about living your truth. 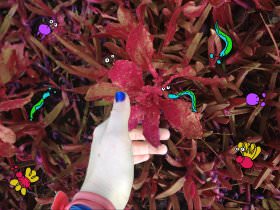 The Diary of a Teenage Space Traveler

Watching Brown Girls was like being in a room with my friends, chatting, laughing, and getting ready to go to a party. That’s how familiar the characters in this series felt. Brown Girls follows two women on Chicago’s South Side—Leila and Patricia—as they bumble through their 20s. Leila is South-Asian, Muslim, queer, and a writer. Patricia is black, a singer, and oscillating between being “single forever” and disastrous Tinder dates. Loosely based on the real-life friendship of series writer Fatimah Asghar and singer Jamila Woods, Brown Girls satiated my desire to see myself, and my reality as a black woman, reflected on screen. Each episode filled me with joy, and I encourage everyone to check it out. —Diamond Sharp

I saw 20th Century Women with my best friend at a tiny theater in Brooklyn. We cried, we laughed, and then we sat in silence. The movie tells the story of Jamie, a teen boy in Santa Barbara, California, in 1979, and his intellectually curious, fiercely independent mom Dorothea. Dorothea asks some of the people in Jamie’s life—including his best friend, Julie, and a punk named Abbie—to help her raise Jamie to be “a good man.” At the end of the movie, my friend and I held hands and let it all sink in. We knew it had said something we were both trying to say but couldn’t find the words for. I used to think, I hope I never make a home out of something that makes me weak. I reconsidered that after watching 20th Century Women. There’s something fascinating about examining how people can constantly lean on and support one another—it’s a delicate balancing act. Please go see this movie with someone you care about, and hold that moment with them in your memory. You won’t regret it! —Kati Yewell

It would not be hyperbole to call I Am Not Your Negro one of the greatest documentaries of all time. Based on James Baldwin’s unreleased and unfinished manuscript “Remember This House,” the film is a critique of race in America. Samuel L. Jackson’s voice operates as an omniscient narrator, as archival footage illustrates Baldwin’s words. Through each chapter of the documentary, we get Baldwin’s point of view on the representation of black people in cinema; the deaths of Medgar Evers, Malcolm X, and Dr. Martin Luther King, Jr.; and his own position as a commentator on race in the United States. This film is a perfect example of why we must learn history so that we’re not doomed to repeat it. —Tayler Montague ♦