Things to consider when your intuition says the worst is about to happen, and then it does. 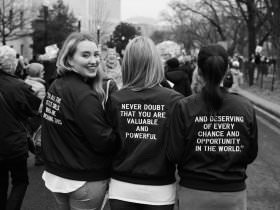 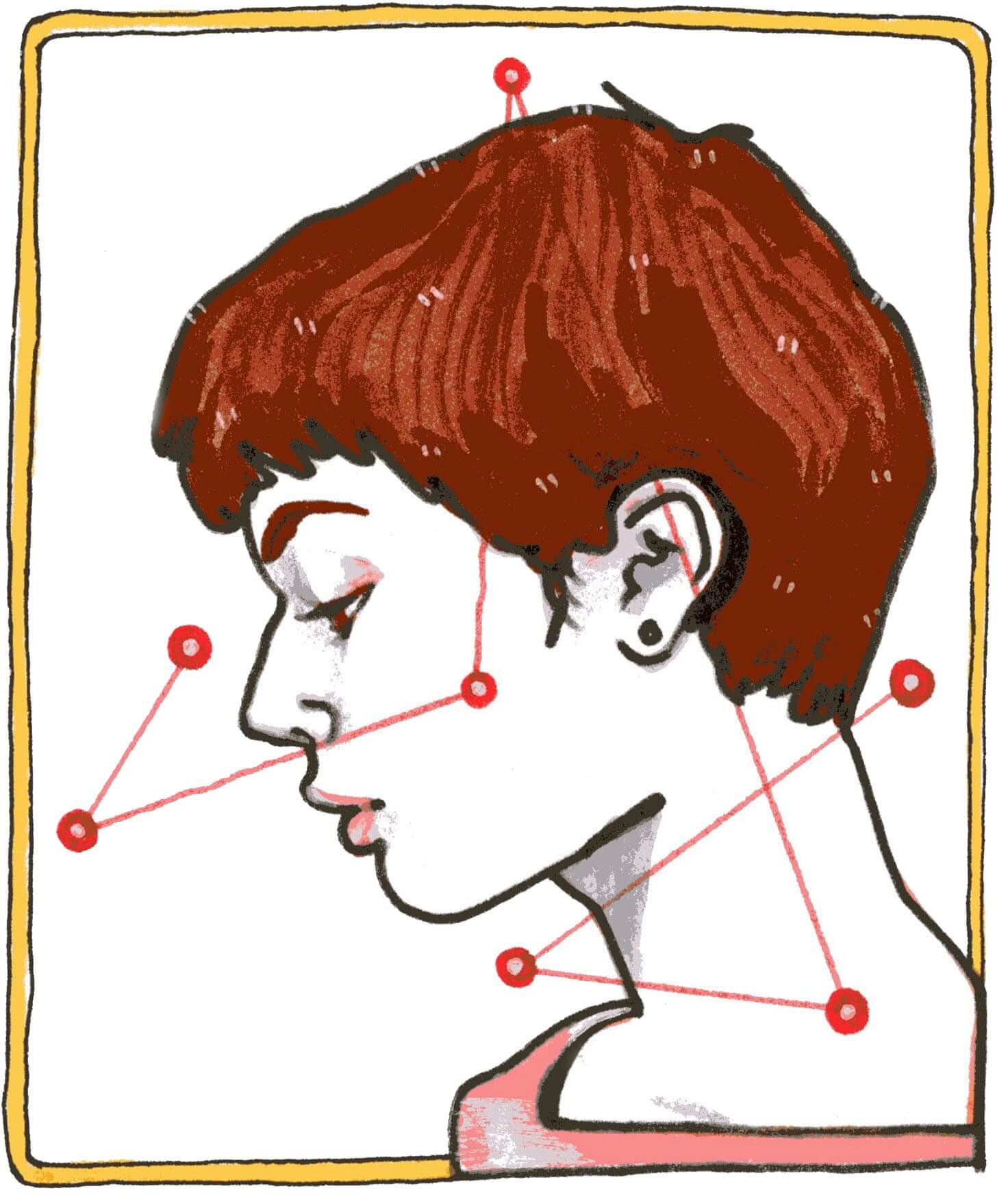 I spent the year leading up to my Uncle Bill’s death feeling different around him. We made our same plans and had our same conversations, but almost sneakily, our time had begun to feel very precious; as if every breakfast date was a gift, or our chances to hang out were dwindling. I started to tell him I loved him more, and began checking in via text whenever he popped into my head. I nagged him shamelessly about the road trip we’d begun planning in the summer, and made him promise he was healthy and feeling fine. My gut began telling me to lock down as much time with him as I could.

When I saw him at my dad’s retirement party in September he seemed himself—happy, social, and just as loud as every Donahue tends to be. But by the end of November, he was in the hospital. And then he died on December 5.

No one knew what was wrong when my uncle was admitted two weeks before. He was in pain and peaking high fevers, but each day offered nothing but a team of doctors telling us they were just as confused as we were. From U.S. Thanksgiving on, Bill fought whatever-it-was, all while entertaining his visitors, making nurses laugh, and scolding me for bringing him so much sparkling water—my cure-all for everything. As hopeful as we all wanted to be, I still couldn’t shake the feeling that something was wrong, that the other shoe was set to drop.

Almost all the friends and family members I talked to after Bill’s death told me they’d had a similar feeling at some point—whether about sudden deaths, or “just knowing” they were going to have to say goodbye to somebody very sick soon. Because organizing my feelings helps me to make sense of them, here’s how I’ve found categorizing intuition and grief helps me embrace both.

It can feel almost like a betrayal to acknowledge that you think something is going wrong. Sometimes, we tell ourselves that the worst won’t happen if we refuse to say it out loud or acknowledge it all, and we remind ourselves that a “feeling” doesn’t constitute proof. And that’s true: A bad feeling isn’t a guarantee that something bad is going to happen. In some instances existing anxieties are amplified, and that’s when you can access your tools for talking yourself down.

But acknowledging the bad feeling can help avoid it blowing up into something else later. When I was 17, my nana was diagnosed with stage four peritoneal cancer, and I squashed any inkling of intuition I had with straight-up denial. I didn’t want to admit that the following Christmas would be our last or that we’d never go shopping together or that she’d be taken from me at all, so even though she’d been sick for a year, her death was a shock.

Blindsided and scared of losing somebody else, I flip-flopped between denying anyone I loved would die again and catastrophizing every family member’s illness or doctor’s appointment. It took well into my 20s to differentiate between dwelling on the worst-case scenarios and acknowledging that sometimes we’re simply picking up on the realities of situation and the energy around it. And that’s when dealing with death became a little easier.

Remember: You’re not jinxing anybody if you say or write down what you’re feeling about a situation. And acknowledging the realities of it can help you work through any corresponding emotions. The night my uncle went into the ICU—over a week before he died—I texted one of my best friends and told her how dire the situation had become and how worried I was. I cried for the first time since it began. It felt better to be honest than to bottle up my feelings the way I had 13 years before. Especially because my friend reminded me that no matter what happened, I’d get through it.

Work through and talk about it.

Nothing fuels anxiety like letting a bad feeling just sit. Especially since internalizing can lead to an anxiety or panic attack if you’re so worried about giving your fear or feelings power that you won’t say them out loud.

That’s why it’s important to remember that while we’re not in control of life-or-death situations, we’re still in control of the way we think about them. For the two weeks my uncle was sick, I was desperate to be at the hospital because I convinced myself that nothing terrible would happen if I was there. This became a problem when he was moved to the ICU and I couldn’t go see him.

My feeling that something serious was happening had parlayed into fueling the myth that I could somehow fix it. Because if I could fix it, whatever was wrong couldn’t be that bad and my feeling was unfounded. But when I finally opened up, I finally began working through the very real fear that my uncle might be dying. And while that realization felt terrible, it still felt better than putting pressure on myself to stop it.

Use your intuition to survive what comes next.

Don’t get me wrong: No amount of intuition or gut instinct will make death an easy thing to navigate. I felt anxious about my uncle for a year, but I still dreaded his funeral. I hate crying in front of people. I hate obligatory “I’m sorry about your loss” hugs. I hate emotional situations I can’t control.

The day Bill died, I cried alone and then went to the mall with my friend Sarah who distracted me from how sad I was by being so funny. Then I cried in my car, alone again. Even when my parents and I were in the same house, I cried away from them, my dad and I operating under the rule that neither would acknowledge the other’s tears if we happened to see any. (My mom’s fine with emotions, while my dad and I channel ours into making fun of people.) I didn’t want to endure two days of visitations (the wake), or the funeral, or have to be reminded that my uncle was absolutely beloved; that his wife and kids and grandkids adored him and the town he’d grown up in was in mourning. I just wanted to gloss over it and spare myself the task of being vulnerable or worse: the feeling that I had been “right.” I readied myself for hugs and somberness and the tears of my family.

I was greeted with the opposite. While we were all sad (and very confused: we’d learn a month later that he died of a very sneaky form of leukemia), my family and I channeled the madness of the week into catching up and making jokes and making sure everybody who’d come to pay their respects was having an OK time. Plus, we were all open about the way we actually felt. We may not have been in tears, but that didn’t stop us from opening up about how tired and sad we were, or how the emotional impact would probably hit us once the ceremonials wrapped up.

That’s where tapping into your gut feelings can work to help somebody else. Knowing my family and I were functioning in the same honesty sphere, I didn’t have to perform or put up any fronts. And that left space for my intuition to pick up on what those paying respects may have needed. Some didn’t seem to know what to say, so I’d make a joke. Others seemed to want a hug, so there I was. (It’s fine if I hug you.) On one night, my uncle’s granddaughter and I bonded by commiserating over how public displays of emotion were weirding us out. We also killed time by playing, “Who here has the ugliest coat?”

Finally, there was gut feeling that I’d never actually expected: that I was truly among my people. While grief and intuiting someone’s death can feel incredibly isolating, I realized I was with family and friends who cared about and knew me, and who were going through the same thing I was. Death can certainly stem from feelings of dread, but not every scenario is the worst-case. Sometimes, your willingness to tap into your own intuition can lead you to an even more generative feeling—knowing that you can connect with and support others who are enduring the same. ♦