A guide to tackling internalized racism, misogyny, and more. 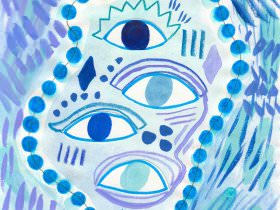 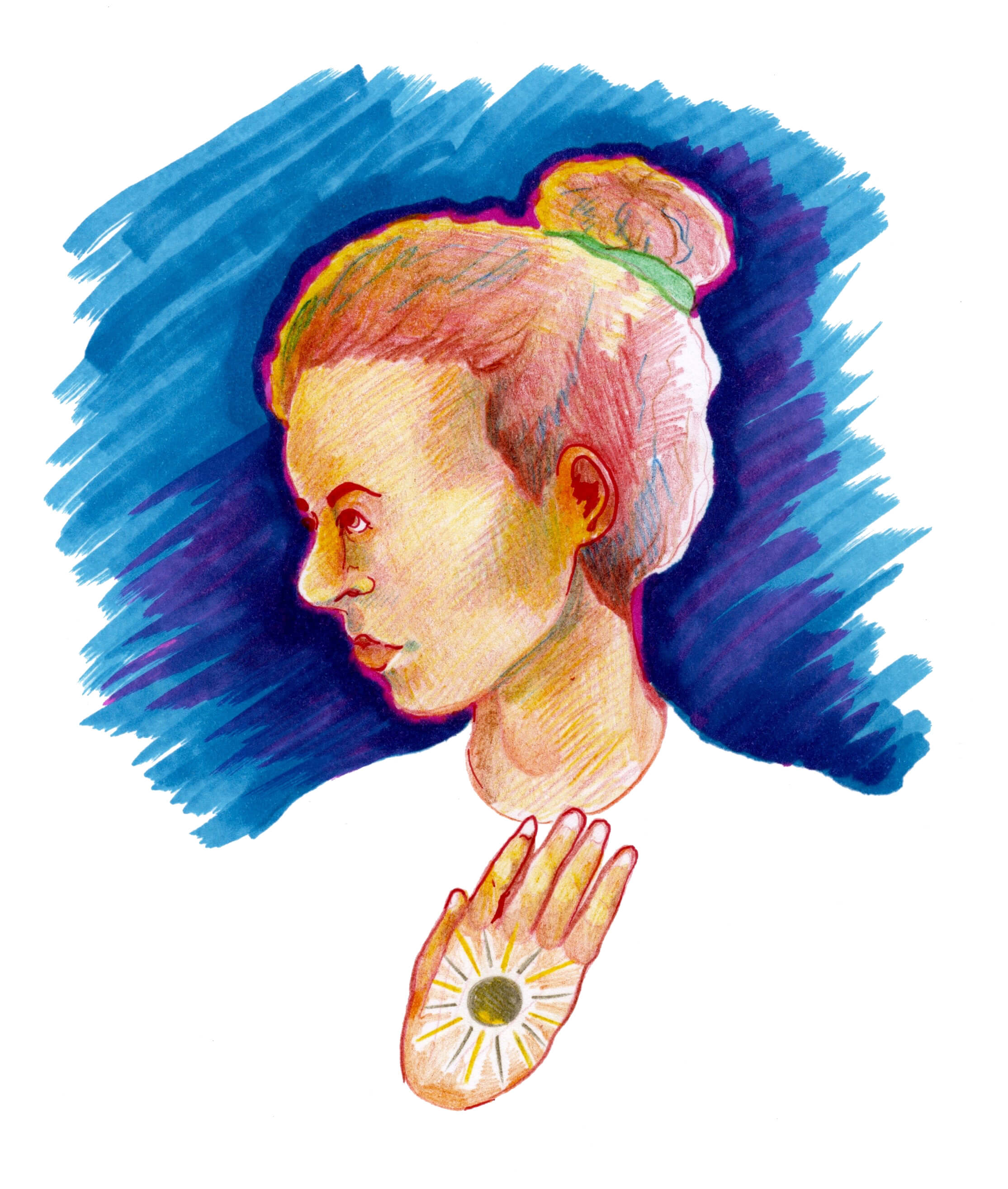 I am very much opposed to racism, misogyny, fatphobia, homophobia, transphobia, and other forms of discrimination. I don’t like constructs that deny my or other people’s humanity, and that put lives at risk. For this reason, I’ve dedicated lots of time to fighting prejudice in my writing and activism. But hate is pervasive, and sometimes—even as a black woman who is often on the receiving end of racism and misogyny—I see anti-black racism and misogyny creep out in my own thoughts, perceptions, opinions, and ideas. This used to make me feel like a terrible person; I’d look at people who actively perpetuate hate and ask myself, “Am I just as bad?”

I’ve been confronting these sneaky ideas by acknowledging the presence of my prejudices, understanding that some of them are subconscious, identifying their sources, taking control of my exposure to the sources, and fostering solidarity with other marginalized people. It’s a slow process but an important one, especially if you’re an activist or ally. If my struggle feels familiar to you, never fear: I’ve created a guide to tackling your own internalized biases.

Acknowledge these thoughts and opinions, but try not to beat yourself up about them.
If there’s one thing I’ve learned from mindfulness, it’s that recognizing your thoughts and feelings, without judgement, is great for reducing internal conflict. Ignoring your own implicit biases or denying them outright isn’t useful: It doesn’t make them go away. Try to acknowledge everything you think or feel a bit more objectively, so that you can begin analyzing how you came to feel that way.

As a black person who has internalized a lot of ideas surrounding colorism, in summers past, I have worried about tanning and secretly tried to stay as light as possible. I’ve also battled with society’s thin ideal for pretty much my entire adolescent life, and with shaming myself when I do gain a few pounds. Here’s an example of how my thought process would go:

ME, AGAIN: No, thinking that doesn’t make me a bad feminist. I’ve been raised in a society that says women should not be allowed to proudly show their bodies, that those who do are more sexually promiscuous, and that sexual promiscuity is a bad thing for women. It’s not my fault that I’ve internalized those ideas over time.

These internal conflicts are produced by external pressure, so adding the additional strain of beating yourself up for thinking this way only increases the burden. Internalized racism/misogyny/transphobia et cetera is not your fault, and nobody is completely immune to them.

Realize that your subconscious is hard to control.
Heard of the Implicit Association Test? It was developed by a group of psychologists in the ’90s who, using a simple test that involved sorting black and white faces into two categories, demonstrated that most people harbor implicit racist views. The test measured differences in people’s split-second reactions to black and white faces, to measure bias that operate at a subconscious level. The majority of people taking the tests didn’t describe themselves as antiblack, but nonetheless most participants—black and white—had an implicit preference for white faces.

Paradoxically, I found it both frustrating and motivating to learn that so much of prejudice operates on a subconscious level. Frustrating, because proclaiming that you are not racist, or a supporter of any other type of discrimination isn’t enough to magically reverse the way you’re socialized to accept certain norms. There’s no quick fix; we can’t just dive into our subconsciouses and flip a switch. The motivation comes from recognizing that discriminatory gut reactions can be combatted by targeting the sources that socialize us in the first place.

Think about the source of your internalized biases—where do they come from?
Isolating the sources of oppressive views and opinions will help you work out how these ideas got into your brain in the first place. Starting to see prejudiced subconscious ideas not as part of you, or as making you a “bad person,” but rather as coming from the society you’ve been raised in, is freeing step.

I wanted to dig deep into the source of racism, misogyny, homophobia and other prejudices in modern Western culture, so I read up on the history of women’s rights, LGBTQIA rights, and colonialism. This changed the way I looked at magazines, TV, and movies. I could see how those prejudices and values are upheld by media. Just thinking about the people and symbols that exemplify our political climate—I mean, Donald Trump was elected president—allowed me to stop finding my slut-shaming so surprising. Those thoughts were nurtured by a broader culture mired in patriarchy and misogyny.

The precise source of our prejudice is often ambiguous and hard to pinpoint, but the more we look at how women and marginalized people are presented on billboards, in movies, and on TV, the easier it becomes to isolate the mediums through which biases are cultivated, sustained, and reinforced.

Take control of what you’re exposed to.
Unless you become a hermit, it’s going to be impossible to have full reign over all of the crap we’re bombarded with on a daily basis. Still, you can become more selective about the media you consume, and the people you’re surrounded by. Try to cut out the things and people that make you feel bad about yourself or other marginalized people. Limiting your exposure to people with views you’d previously tolerated can be hard—Michelle Ofiwe’s “Protect Yourself” is a guide to doing just that. If there’s media you still really love and don’t want to eliminate (I loved the first season of Girls although they weren’t great on representation of people of color), acknowledge and talk about the good parts and the shortcomings. Identify discrimination and marginalization where you can, and bring it out into the open.

In turn, flood yourself with the good stuff. Inundate yourself with media that celebrates what oppressive narratives tell us are of less value. I started following body-positive Instagram accounts, watched The L Word, joined Facebook groups where people of color showcase their beauty, and participated in Tumblr blackouts. Visual imagery is particularly important to me; I have pictures of my black female idols around my room (Michelle Obama, Beyoncé, Solange, Amandla Stenberg), and all over my newsfeeds and timelines.

As my conception of what was “normal” shifted, I noticed my feelings about myself changing. I started to appreciate my skin-tone, and the natural texture of my hair. I was less stressed out when I put on a couple of pounds. I no longer saw these parts of myself as negative, or as tied to my worth as a black woman. We’ve all got a lot of internalization to reverse so it’s go all out with this step!

Establish solidarity, and learn the language.
Establishing solidarity with other women of color has been crucial for me in deconstructing my own biases. The first time I heard the word “internalized” was at my university’s society for women of color. It was so liberating to learn that other people shared my experience, and to finally have a word to describe that weird, shameful feeling of what is essentially discriminating against yourself. Being with others helped me understand that what I was experiencing was widespread, and something I could work on.

In a similar vein, reading up on terms relating to identity politics (like intersectionality, kyriarchy, and erasure) can be helpful in understanding and processing your experiences, and feeling less alone.

Be patient with yourself.
Think about how long you’ve been alive. That number of years is the same as the number of years you’ve been absorbing oppressive messages, because these are the structures we inhabit every day. Although it can be frustrating to discover that deep down you harbor some of the very ideas that you want to fight, remember that change takes time. Enjoy how liberating the process can be as you gradually feel prejudice slip away.

None of us is untouched by the messaging we receive, and confronting and combating internalized bias is a work always in progress. Applaud yourself for opening yourself up to this hard work, and the growth that will be its result. ♦