The premiere of a denim-filled dream of a music video. 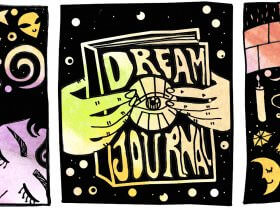 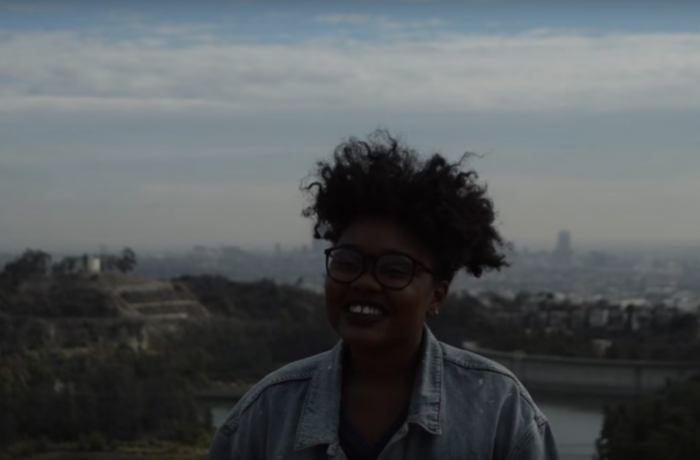 Amindi K. Fro$t seemingly came out of nowhere, recently moving from relative obscurity to having thousands of listeners on Spotify. The Los Angeles–based 17-year-old’s success makes perfect sense as soon as you listen to her tunes. Fro$t’s songs are warm and laid-back, conjuring feelings of sun-soaked parking lot concrete and the blissful laziness of early summer.

Today we’re premiering Fro$t’s first music video. It’s for her single “Wet Jeans,” and it’s a denim-filled dream that left us in a happy daze:

When I called Amindi up last Friday, we talked about her favorite clothes, proper hydration, and the importance of feminist DIY spaces for young artists.

ANNA WHITE: What was the inspiration for the “Wet Jeans” video?

AMINDI K. FRO$T: The song itself is very open to interpretation, and we wanted a video that encompassed that. We wanted the setting itself to be very open. We went to all the beautiful natural places we could find in L.A. because there aren’t very many nature-y places in the city. We wanted it to feel very female-empowered, but also very open and beautiful and natural. We also wanted to incorporate all of the denim!

I love the denim! Especially those flame pants.

Those were actually made by one of the girls in the video! Not the girl wearing them, but the other girl.

That’s so cool! Fashion seems like a big part of the video.

Totally! We didn’t really have a theme, except that everyone is wearing denim and we are all female and we are kind of doing it together, you know?

What is your favorite fashion staple? Aside from your obvious love of denim.

I’m always in Vans. I have two pairs of Vans, and I’m always wearing either my black slip-ons or my ivory SK8-HIs. I’m wearing my SK8-HIs in the video, I think! I love chokers. I don’t care how played-out people think they are, they are very necessary! I love earrings—I love hoop earrings, I love bamboos. My friend makes these very cool DIY puff-ball chain earrings, and I think those are tight. I don’t know, fashion is very cool!

Who are the other girls in the video?

Paloma, the girl who made the flame jeans, and I met in the eighth grade. We were best friends then, and we are still super close. The girl who was wearing the flame jeans, that’s the director Mel [Bell]’s best friend from school, and I just met her that day! She was super sweet and easy to get along with, and so nice to work with!

It’s such an intimate friendship video—you never would have guessed that you had met just that day. I love that! Back to “Wet Jeans”: Tell me more about the song itself. You said it was very open to interpretation, but did you have anything in mind when you were writing it?

When I wrote it, in the moment itself, I was thinking about life and how every time someone has a deep conversation, I’m like, “Well, this is going to get heavy!” It’s kind of like heaviness itself is symbolic, as well as the wet jeans. The idea was to make a song for people who want to tell their story but also understand that sometimes it’s a little harder to reveal things about themselves or speak about themselves. Sometimes you just need somebody to relate to, you know what I mean?

In addition to creating music, you work at the Los Angeles–based gallery and performance space Junior High. Do you think our work with Junior High has influenced your music at all?

I had the pleasure of meeting Faye [Orlove], the woman who runs Junior High, in July of last year. I’ve been making music for a very long time, but she let me do many shows there [Junior High], and that’s how I really started off. She opened a lot of doors for me musically. Working at Junior High has done a lot for me, and helped my self-esteem as a woman. It’s just been a really positive environment. I actually met Faye at a camp called Rock ’n’ Roll Camp for Girls Los Angeles, and it was a really amazing place to be in. Faye is just a super-great woman, and Junior High is a really great space.

Are you involved with any other feminist spaces in L.A.?

I’m involved in a few! There are a lot of girls who curate art shows that reach out to me solely because I’m a girl. I’ve also recently been asked to play at Play Like a Girl Los Angeles, a feminist collective that hosts shows every month, which is a big deal because Play Like a Girl is huge in my little world out here! I’m very open to working with all the feminist clubs I can find.

Has your involvement with all these DIY feminist spaces impacted your creativity?

It’s definitely introduced me to a lot more artists. It’s shown me really cool ways to collaborate with people and opened way more doors, in artistic ways, to get my stuff out there more. It’s really cool that kids can curate their own art shows and get all these people from all over L.A. involved and have their art in a showcase and have bands play. That’s the majority of the shows that I do, and I think, in general, that’s an amazing setup.

Do you have any final words of wisdom for Rookie readers?

Remember to take care of yourselves, and always drink your water! ♦