Why Can’t I Be You: Taj Paxton

The documentary producer is making things happen in LGBTQ film. 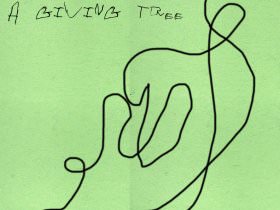 Giving Me a Giving Tree 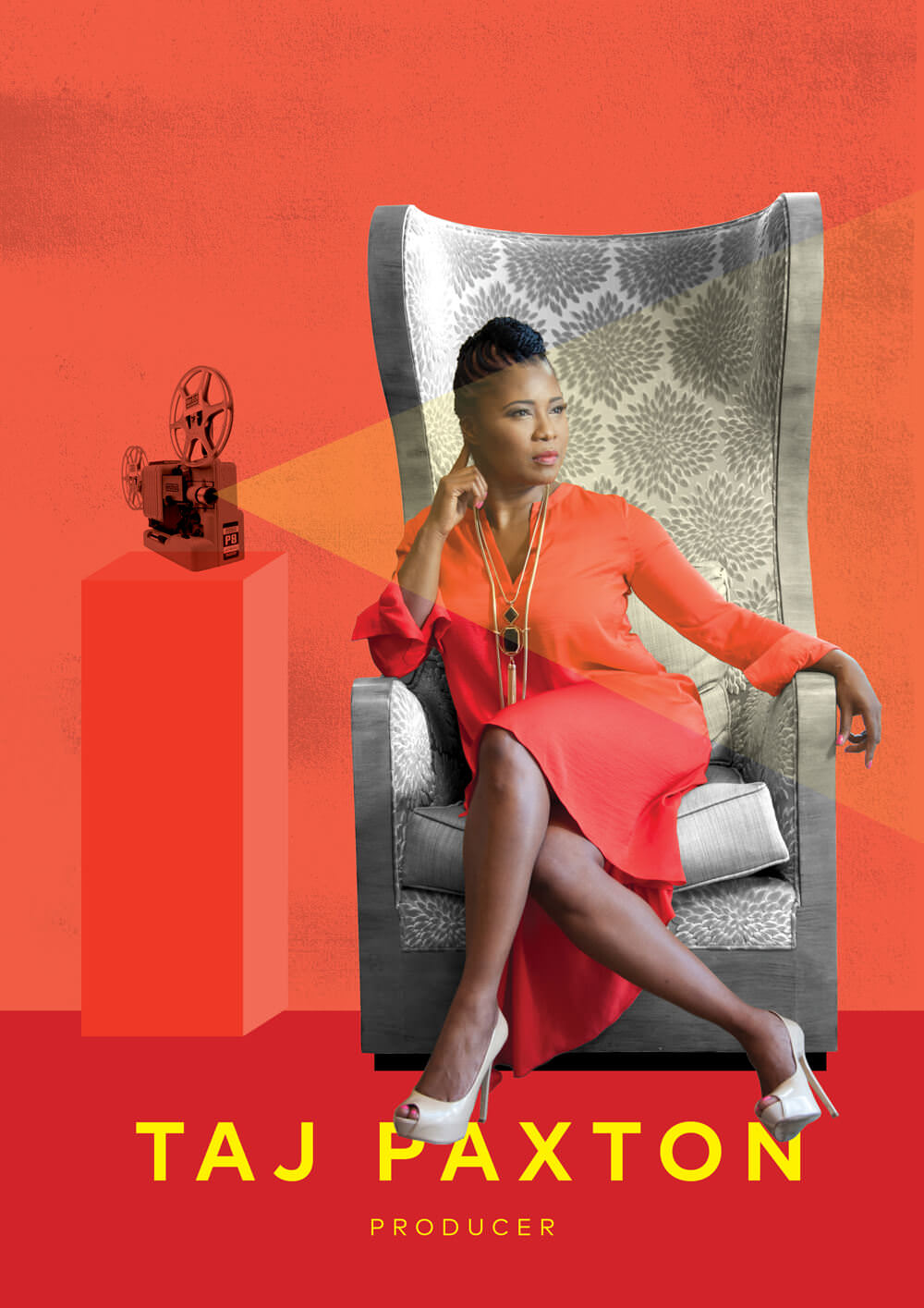 The lack of diversity in film and TV has been in the public consciousness for quite some time now, and for good reason, too. The need to move outside the conventions of Hollywood, which is typically white and male, and seek broader representation—not just in front of the screen, but behind the scenes as well—is obvious. Yet, I’ve often wondered, What does that look like in action?

Taj Paxton is the Head of Documentary Films at LOGO, a television network with content specifically for the LGBTQ community. In her position as a queer Black film executive, she’s able to move past “dialogue” and give us programming that expands the worldview of all who are watching. In the process, she makes space for people who don’t typically get to be portrayed as their full, three-dimensional selves—including women in prison, and WNBA player Chamique Holdsclaw, speaking candidly about her depression. Women like Taj are doing the work, not in response to current conversation but because they’ve always seen the value in our collective stories.

Around finals week in December, Taj and I spoke on the phone. I was able to get her perspective on the journey to a career in the film industry, the ins and outs of her job, and the worthiness of work in the arts.

TAYLER MONTAGUE: Let’s start by talking about your background.

TAJ PAXTON: I’m from L.A., and I have a large swath of family from both sides here. Despite where I live in the world—I happen to live in a certain neighborhood, and I work in Santa Monica, and I spend my life talking to filmmakers and working in Hollywood, a business known for its opulence and for its spending and for its wealth—on the weekends, I have to go to the funerals of cousins from Compton and Gardena and the South Bay [who died] as a result of gun violence. I think that says a lot about who I am and who a lot of the filmmakers I know who are of our generation [are]. They are a part of this. We’re like bridges, in our families and in this world—in our creative world I mean—because we’re telling stories that are of relevance to us. People think of it like, “Oh, you’re really interested in hardship stories or blah blah blah.” No, these aren’t hardship stories. These are the stories of the people who I see in my daily life, that’s whose stories these are.

Everyone has an interior world, but did your exterior world influence that? Did you actively seek out new forms of representation or just say, “You know what, I don’t see what I’m looking for, I’m just going to create my own?”

No, I’m not the traditional storyteller in that way. I wasn’t the person who grew up watching film and stuff. Going to the movies wasn’t even a big pastime. It didn’t happen until later in life for me. I grew up telling stories. I was always a writer first. I remember writing when I was probably seven or eight. That’s probably when I started. I wrote as a way to tell people what I felt. I would write my mother poetry as a child and she would always say, “Where’d you get these from?” because it was so heartfelt. I feel like that’s the interior world, that’s how it started for me with story. Where it connects now is—I think, well actually, the thread from that kind of writing is falling in love with books and narratives. I’m a big fan of autobiographies. So, in reading those stories, I would start to picture them. I remember being about your age, probably in college, and reading Their Eyes Were Watching God and thinking, this would be a fantastic movie, so I guess it probably started there. You start to read these stories of people whose lives resonate with you and you want to see them. It wasn’t that I was looking at film and thinking, I don’t see myself. I didn’t have that kind of consciousness about it.

Are there any books that you still wish you could adapt?

You and me both! That book is a rite of passage. It was handed to me by another Black woman. How long does it typically take to create a project, to get it off the ground and then complete it?

That varies. You have projects that gestate for years. I think a reasonable expectation for someone entering the business and who has a piece of literary material is two to three years. That is the timeframe, if everything lines up well.

I see documentaries and try to find the ones that fit best within the brand of the network, which is showcasing LGBT subjects and topics of interest to that audience. I look for docs that are completed but that do that well; filmmakers with a specific point of view and who have gotten great production value out of what they’ve done. There are also times when you’re just meeting some filmmakers who have works in progress, and those films are evaluated on that basis—that they’re 60 or 70 percent there and what they need is x dollars to complete their vision. I’m looking at completely finished films and then I’m looking at partially finished films as well.

If I was a documentary filmmaker and I wanted to send you something, what avenues could I take?

We can meet at a film festival or we can meet on social media. You can tell me about your project. You could get my phone number from a family member, which my family does! They meet people, [and it’s] “Oh you make documentaries, here’s my cousin, here’s her phone number!”

If I wanted your job, what would be the path to getting there?

Have a passion for stories, and learn how stories are told and how they’re told well. Be able to compare, know the difference: “Oh, that story landed, that story didn’t.” While film and art are subjective, there are certain standards. So I would say, either you need [to] be educating yourself about how stories are told in whatever medium you wanna tell [them]. If you wanted to be in [virtual reality], TV, or in film: What is the format? How are they told? What’s their anatomy? Once you understand their anatomy, you then have a basis to analyze [which] filmmakers follow the anatomy and [which] filmmakers deviate. It helps you then evaluate the various voices.

What are your standards when you see documentaries? How do you know they’ll be a good fit? Not just ones that foreground LGBTQ people, but docs that put Black people at the center, or are intersectional?

I’m really looking for different ways to portray people who are LGBT. It seems that it’s a challenge for people to picture LGBT [people] as African American. So when you hear the words “LGBT person,” the face that pops up isn’t an African-American mother who lives in a working-class neighborhood taking her kids to school on the bus. I think that it’s time that that becomes the image, that we begin to see LGBT as not just cisgender white men. And that’s not because that’s not who they are, but that’s not all of who we are.

Do you think we’re ushering in an era of broader representation?

I think that many of us are trying. The hard part about talking about it from an analytical standpoint is that, when you’re a creative person the way I or my colleagues are who work in docs, and African American producers who produce narrative in docs [are], you’re just in it. You’re not always analyzing like, “Oh, is it changing?” You just know the effort you’re putting into it. I know that my focus is trying to find stories that are different. So, when I found films like Out in the Night or Mind/Game about Chamique Holdsclaw, I went after those things because they felt like a story I have not seen—this is new, it matters to me, and I think it matters to thousands of other people. So I don’t quite know if it’s starting to change yet. I’ll say that in the 15 years I’ve been in the business, I don’t think it’s changed enough. [Not] until I say the words LGBT and you can see a whole range of people under that umbrella.

There’s all this talk about being in a Black cultural renaissance, but I always wonder if the tide will turn again…

Time will tell. I hope not. I hope we’re now reaching a time when people understand that this is a country populated by mostly non-white people, it’s OK for their stories to dominate. It’s also very important that we understand that when people think there are so many African Americans on TV right now, there are about eight shows out of hundreds. So careful when we say there’s a lot. It’s eight.