Together We Can Do So Much

Rookie readers sent their photos of the Women’s Marches on January 21. 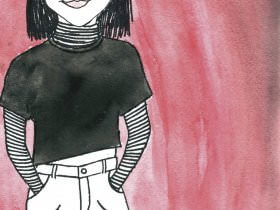