P.C. culture is not the language of the elite, it’s the expression of the oppressed. 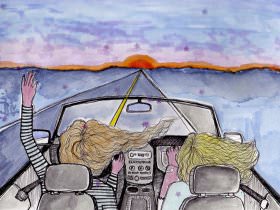 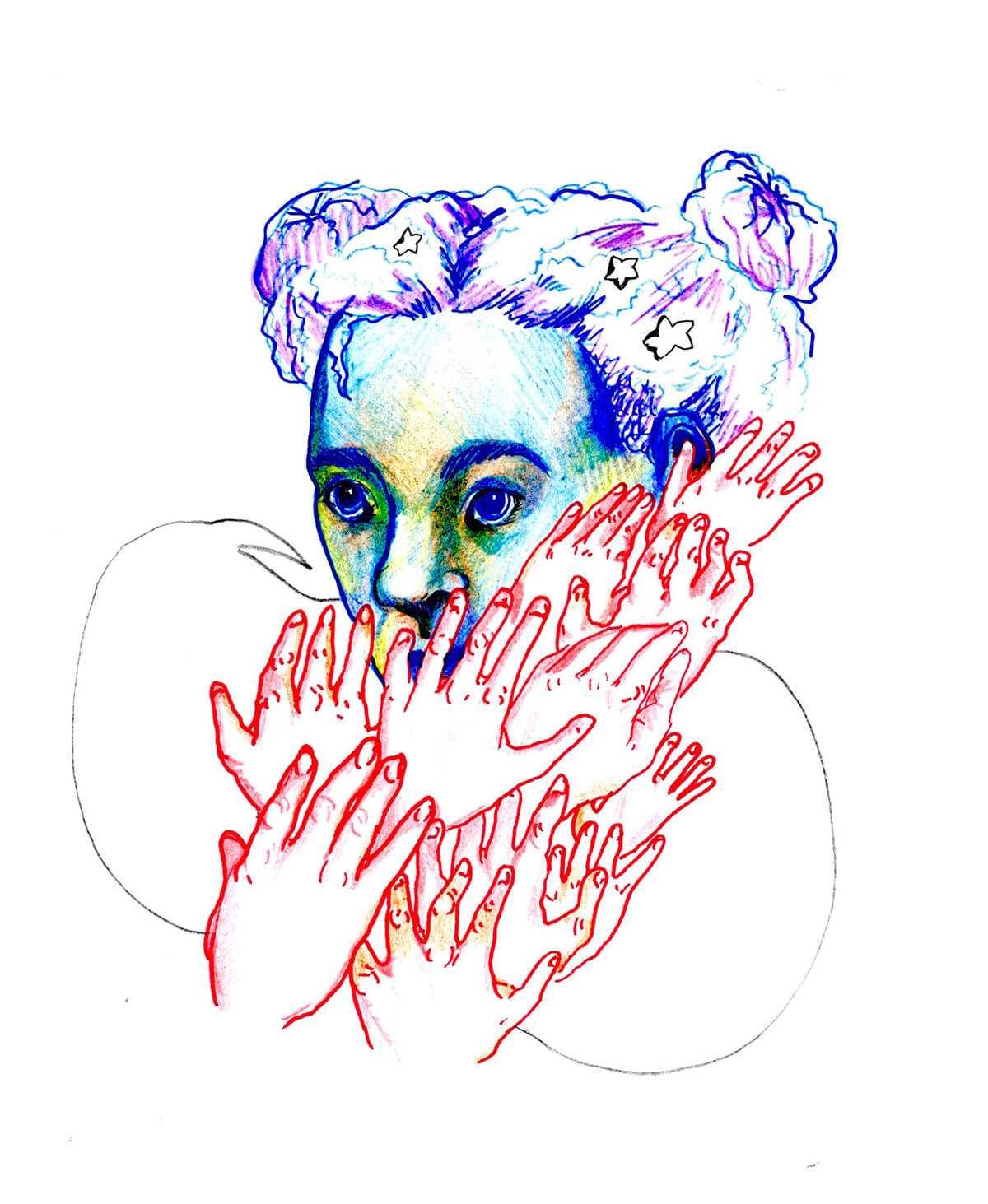 The 2016 US election was a tangible and morbidly visible display of white anger. A livid and toxic manifestation of festering sores opened by a man smart enough to know that when you place white America in a delusional, underdog, quasi-fetal position—seemingly threatened by the dangerous “others”—and foster a “them versus us” narrative, you will emerge victorious.

I have seen white anger before: rabid, mob-like, perverse, selfish, and without empathy. White anger killed Emmett Till. White anger murdered nine African Americans in a church in Charleston. White anger imprisoned Nelson Mandela for 27 years. White anger killed Sandra Bland. White anger has always been a retaliation to the fullness of black autonomy, a kickback to the refusal of non-whites to be treated like disposable objects. White anger hits you like a whip with a lash that scars as it lands on fragile skin and a sound that echoes as it retreats to strengthen for another blow.

That November 8, as the numbers rolled in and the results became clear, I saw snapshots of celebrations happening throughout the U.S. Millions of thrilled white men and women unabashedly wearing their red, Make America Great Again hats. Lash after lash, breaking open skin and piercing the air with joyful, ominous delight. These so-called “historically disenfranchised” Americans were thrilled at what they saw as the righting of wrongs, the straightening of the bent arrow. They could see freedom on the horizon. Freedom from language policing. Freedom from accountability. Freedom from responsibility. Freedom to boldly express the recklessness and violence cushioned in the uncompromising safety of whiteness.

She has seen it lurking in the eyes of all white people. So. The distaste must be for her, her blackness. All things are in her are flux and anticipation. But her blackness is static and dread. And it is the blackness that accounts for, that creates, the vacuum edged with distaste in white eyes. —Toni Morrison, The Bluest Eye

The notion of political correctness, and the word privilege have become loaded, because many consider them weapons used to single out and attack white people. We live in a world where being white offers you a privilege, and yet in this every man for himself, pull yourself by your bootstraps society, saying someone is privileged simply based on skin color is enough to create insurmountable hurdles to communication.

Privilege doesn’t just mean being privileged to have life, we are all privileged to be alive, but that some lives are seen as more important than others. In the aftermath of electing Donald Trump, a man who denies the worth of black lives, challenges the notion of peaceful Muslims, condemns Mexicans, despises women, and denounces queer experiences, you cannot confidently call privilege a lie. The comedian and cultural critic, Aamer Rahman aptly summed up the mood after the election with a tweet: “Remember that if you’re a white person in America unhappy with Trump, at least you were born wearing the right camouflage.” That is what whiteness is, a camouflage that shields white bodies from experiencing the scope of violence and inequality experienced by those that do not subscribe to the social construct of whiteness.

The theorist bell hooks has explained that we live in an imperialist, white supremacist, capitalist, patriarchy. As language has evolved and oppression become more nuanced we can add to this, and say that we live in an imperialist, white supremacist, capitalist, ableist, queerphobic patriarchy. We all exist within intersections of identities, so someone can hold a large amount of privilege and also be oppressed in some manner. But there are levels to these experiences, and a poor, able-bodied white man has more privilege than a poor, able-bodied black man. Whiteness is the cloak that makes life more bearable, and guarantees empathy and better opportunities. White people can be poor. They can have a hard time finding jobs. They can have difficulty receiving adequate health care and proper education. But systemically, white people have never been historically disenfranchised through state sanctioned policy-making (slavery; Jim Crow; war on drugs), toxic health care (Tuskegee experiments; Flint water crisis), capitalist gains (prison-industrial complex), and educational systems (segregated schools). It has never been legal to find any avenue possible to make sure that white people lived substantially lesser lives than non-white people. However, any stroll down civil rights boulevard will show the complicity of the U.S. government and its people in degrading black, brown, and Native lives.

The white Americans who voted for Trump, even if they do not view themselves as racist, cast their ballot and exercised a constitutional privilege the outcome of which will strengthen white privilege while simultaneously oppressing the most marginalized in our society. Can you imagine someone else controlling which bathroom you can use through a series of policies, laws and regulations? Can you imagine being placed on a list that deems your existence threatening solely off the name of your birth country, the name of your god? Can you imagine teaching yourself how to address police officers so you can leave any interaction unharmed? Can you imagine only being seen as “a pussy to grab”? This is what P.C. culture was set up to challenge and ultimately dismantle. P.C. culture is about questioning the systems in place and the mindsets that consciously and unconsciously subvert the meaning of human to weigh so much less for those of us considered unworthy of life and all the components that fill it with respect, opportunity, and love. The misguidedly fearful white Americans, although maybe disenfranchised by the economy and class, voted for oppression and the right to deny inalienable rights to millions. They were urged by their own bigoted fears, clouded with racism, internalized sexism, misogyny, and a poor understanding of racial machinations in a country built on the manipulation of such to ensure a white supremacist hierarchy.

Never did he once consider directing his hatred toward the hunters. Such an emotion would have destroyed him. They were big, white, armed men. He was small, black, helpless. His subconscious knew what his conscious mind did not guess—that hating them would have consumed him, burned him up like a piece of soft coal. —Toni Morrison, The Bluest Eye

Where oppression is present rebellion has always existed in tandem. As marginalized groups have continued to rally and demand a better quality of life, this has been seen as a threat to the structures of white supremacy. In her The New Yorker piece, “Making America White Again,” the Nobel Prize Laureate and writer, Toni Morrison, delivered a blistering cross examination of white America’s need to preserve the comforts that come with being ensconced in whiteness: “So scary are the consequences of a collapse of white privilege that many Americans have flocked to a political platform that supports and translates violence against the defenseless as strength. These people are not so much angry as terrified, with the kind of terror that makes knees tremble.”

To halt this perceived “collapse” Trump consistently talked about taking down “the establishment,” conveniently evading that he is as much a part of the establishment as America is built on the brutalization of black people and the genocide of Native Americans. The establishment was created to preserve the status quo, which understands that straight, wealthy, white men, who have gone through post-secondary education are the only possible conduits of democracy and leadership—men who are also infatuated with maintaining a Christianity that is attached to the sole elevation of white lives.

The 63 percent of white men who voted for Trump on the basis of his ability to run the country like a business, and as such expect favourable economic dividends, discarded Trump having filed for bankruptcy six documented times, defrauded working class Americans enrolled into his university of millions of dollars, and been linked to shoddy deals with participants in organized crime. The 53 percent of white women who voted for Trump bypassed sexual assault allegations made against him by over 24 women, the sexist comments and abusive behavior he exhibited toward Hillary Clinton during the election campaign, and his lack of concrete policies to address the gender pay gap and reproductive rights. It was simple to overlook all these red lights because, ultimately, Trump possessed the one quality favoured above all; his whiteness. That was the shield that erased his faults and rendered him blameless, solid, and worthy.

Political correctness is not the language of the elite, it’s the expression of the oppressed. Those who view it as egregious are safely standing on the shore, demanding that those who are drowning calm down. Those who view it as ineffective noise and call for peace, are projecting their discomfort onto racialized bodies and expecting us to meet our oppressors halfway. That is gaslighting.

P.C. culture delegitimizes the notion that whiteness is humanness, and instead demands the world see how it continues to fail poor, non-white, gender non-conforming, non-able bodied people—those fighting to exist. This is what America voted against on November 8, 2016. So, as we come to the realization that most of white America views autonomy for all as a threat to white supremacy, shocked liberal whites need to take it upon themselves to engage with their community. Feelings of betrayal and anger are a luxury; when all is said and done your camouflage has always protected you. You never had underdog status, so now help in giving all Americans human status. Suit up, because those pins will just not cut it. ♦