Books about building the jobs and lives of your dreams. 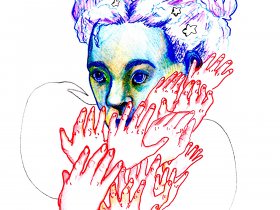 Sweetbitter
Stephanie Danler
2016, Knopf
Like a satisfying meal, Stephanie Danler’s debut novel is a feast for the senses. It’s about Tess, a young woman from the Midwest who moves to New York City on her own and takes a job at a nice restaurant in Union Square. Soon, the restaurant and its eccentric staff become her entire world—she obsesses over the complicated choreography of being a waiter, studies the swirling smells and new tastes of the kitchen, and loses herself in the after-shift drinks that go late into the night. As much as the book has been heralded as a peek behind the curtain of New York’s restaurant culture, Danler also captures the rollercoaster experience of being new to NYC: The excitement of finally arriving, paired with the anxious question of what to do next. The glorious late nights with new friends. The punishment of its seasons (and the subway). The romances that burn brightly, and quickly. Tess takes her fill, and then some. You’ll want to, too. —Maura M. Lynch

In the Company of Women
Grace Bonney
2016, Artisan
I have a new morning routine that is changing my life for the better, and it goes like this: Wake up, pour a cup of coffee, and read a few entries from Grace Bonney’s encouraging, generous collection of interviews, In the Company of Women. Grace talked to more than 100 women—musicians, painters, potters, photographers, writers, chefs, entrepreneurs, designers—about how they built their businesses, creative practices, and lives. Women including Danielle Henderson, Abbi Jacobson, Kate Bornstein, Issa Rae, Janet Mock, Melissa Harris-Perry, and Tavi talk about how they define success, deal with setbacks, and navigate their professional and personal paths. The book is dense with practical tips and kind, thoughtful advice. Plus, you get insight into jobs you may have never even thought of (book binder, prop stylist, hotelier, and more). It’s like the Career Day of dreams, and you can drop in whenever you like. —Lena Singer

Belzhar
Meg Wolitzer
2014, Dutton Books for Young Readers
When Jam Gallahue is sent to a therapeutic boarding school to recover from the “lingering effects of trauma,” she’s not sure what to expect. Well, she knew about the whole rural Vermont part and maybe the strange roommate, but definitely not the mysterious English class or the alternate realm of Belzhar. After completing a journaling assignment that transports her to Belzhar, Jam has to weigh the pros and cons of the real world versus the one she’s just discovered. Weaving the work of Sylvia Plath with the sorrow of a lost first love, Belzhar delivers a punch. This is one of the most beautiful, breathtaking novels I have read in a long time. I expected it to be quite sad, and it is. It is also surprisingly hopeful. —Lennon Walter ♦