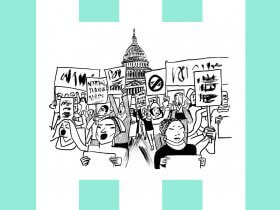 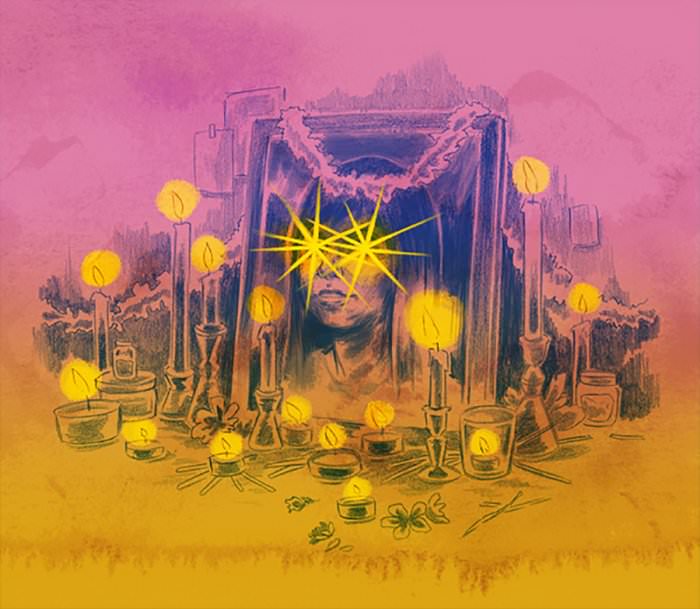 Happy New Year! Our theme this month is Possibility, and makes me think of the term in psychoanalysis (I know, stay with me) transformational object: A person, place, thing, or idea that lights you up not exactly because of what it is, but because of the possibilities it represents; something which “promises to the transform the self.” Christopher Bollas wrote that definition when he coined and explored the concept in 1987, but I was surprised to find a technical term for something I thought was always implied; a natural filter to the field of vision of anyone consistently looking for a way out of themselves.

I was reminded of this a couple weeks ago when I spent days in my old bedroom at my parents’ house, where nothing was ever just a bookcase or dresser or closet but a web of possible futures, branching out from countless CDs, records, tapes, books, zines, magazines, figurines, tchotchkes, vintage items of clothing through which I also inherited a certain odor, pieces of jewelry I’d never wear but would pile on every surface as a suggestion. So many dresses from the ’60s, with their swirly, deliberate, gameshow-colored prints, filling in what I would wear to the settings pictured in a range of quaint old travel brochures, a mustard curlique somehow connoting a sincerity that I would have to force. Many of those dresses, I now realize, were actually really oversized, a couple even maternity—I only ever wore the fact of a dress; lived in the dimension of the purely symbolic, untempted by the experience of being in my body but endlessly pleased to turn over an idea somewhere in mid-air.

So many 45s with covers that mattered more than the music; a two-tone photo of stringy-haired girls in front of a mundane building, one looking off to the side (Should I be like her? Too shy and maybe even principled to pose directly for camera?), while another stared straight ahead with a mid-sentence snarl (another kind of “fuck-you,” but how to make sure it’s truly spontaneous?). So many attempts to cobble together a sense of purity and innocence by admiring the simplicity of old teen magazines and children’s encyclopedias, the kinds that probably prized purity too much but that let me know, for a moment, what it’d be like for the world to seem small. So much shame when the pendulum swung the other way and I was urgently over smallness. So many new objects to find that would prize ambition and recklessness and thinking you know more than you do. A fuzzy, pink, zebra-striped jacket; the ability to use an eyebrow pencil; a roommate who wore chokers and conspired with me over my future. A boyfriend who never got to be himself because in my head he was everyone I would like to see once I learned how to date casually. Such a cast of characters emerged in the following two years, but they only represented possible things for me to write, and then I was back in the head where it all had started.

One night, I suggested the shower, because it would be like plastic wrap: flesh would touch, but it wouldn’t be clingy or gripping. Sweat would go undetected, blemishes glossed over. The other person would be impossible to hold. In a way, it would be like we were always just missing each other, with plenty of negative space for me to color in with solitary fascination at the way different people behave up close, and at my own ability to mold myself accordingly. With both of us consenting to be shallow together, this was fun and semi-interesting, but at some point along the way I got bored by my own imagination. I’m curious now as to what would become possible if I can see people for who they are and nothing more; not the same stupid fantasies and leanings that I live with all the time and can draw on whenever I want. Possibility is most possible in the surprises I can’t curate or manufacture on my own. But the other stuff had to happen first.

Interpreting “Possibility” has many…possibilities, so please mosey on over to our Submit page and let us know what such a word conjures up for you. I know it seems New Year-specific, but time is happening all the time, calendar holiday or not, and within every moment is an unwavering unknown.