The more frays, the better.

We Grow Better Together 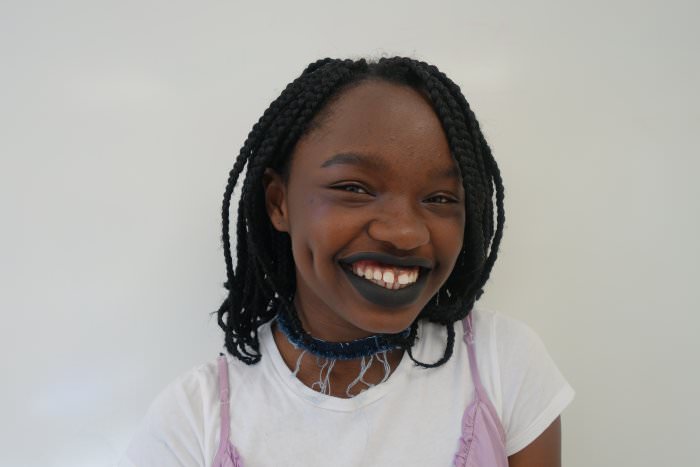 In 8th grade, I had the cutest pair of dark wash jeans that I wore nearly everyday. Alas, the jeans were fast fashion and were in shambles by the end of that year. Being the DIY savvy pre-teen that I was, I cut them into shorts and thought that was the end of the tale. A couple months ago, I found the scraps of denim wasting away in my junk drawer, and was hit with a Jimmy Neutron caliber brain blast. “This would make a hella dope choker,” I thought.

I got to work and after a couple of tries, I did indeed make a hella dope choker. Hooray for reviving old clothes and slowing down the cycle of fast fashion! Your old jeans can have a similar happy ending with a few simple steps. 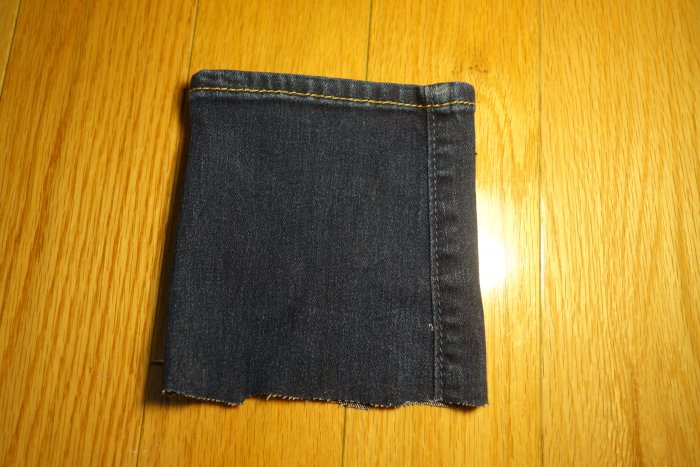 Take the bottom of your jeans and cut along the seam to get a flat piece of fabric. The fabric should go at least a little bit more than halfway around your neck. The part that it doesn’t reach will be compensated for with chain. 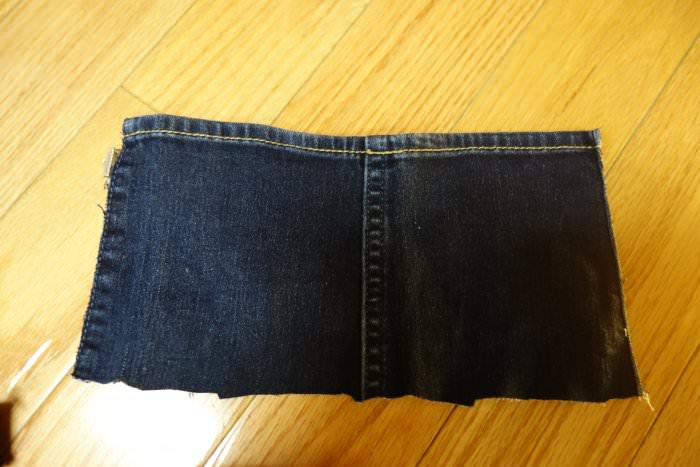 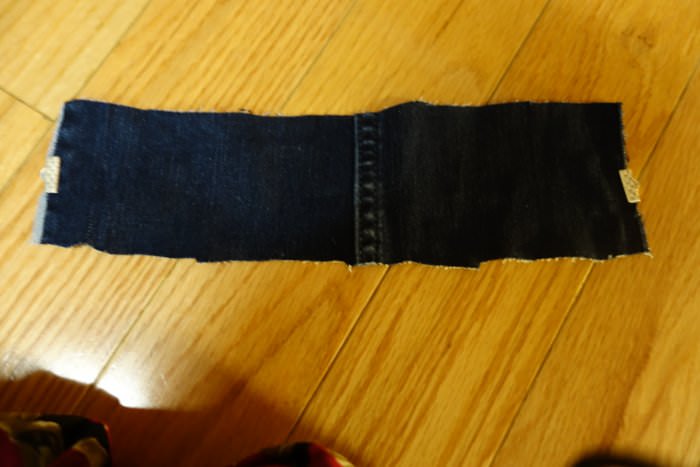 On both sides of the denim, attach ribbon clamps and clamp it into place with pliers. If you want extra security that the clamps won’t fall off, you can put a tiny bit of superglue inside the clamps but work fast or you’ll end up with a dried glue and denim fiasco (as I did in previous attempts). Make sure to leave more fabric space than you think you’ll need between the clamps just in case! 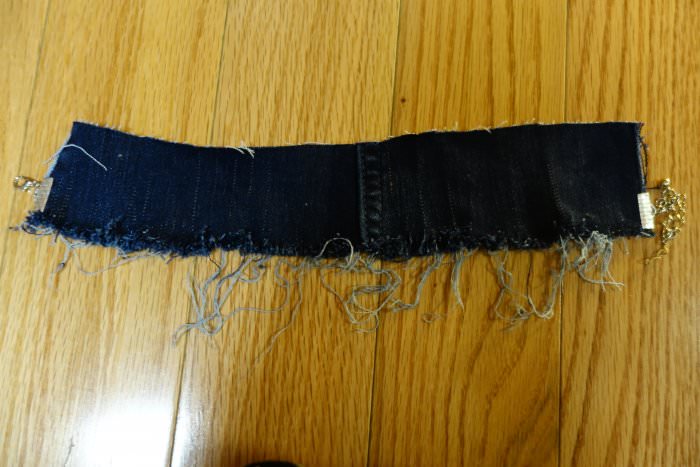 Attach a jump ring on both sides of the choker. On one ring, attach the lobster clasp. On the other ring, attach the chain. I once tried to do this with just my nails and ended up scratching up my super cute glitter nails so I highly recommend using tweezers for this part. 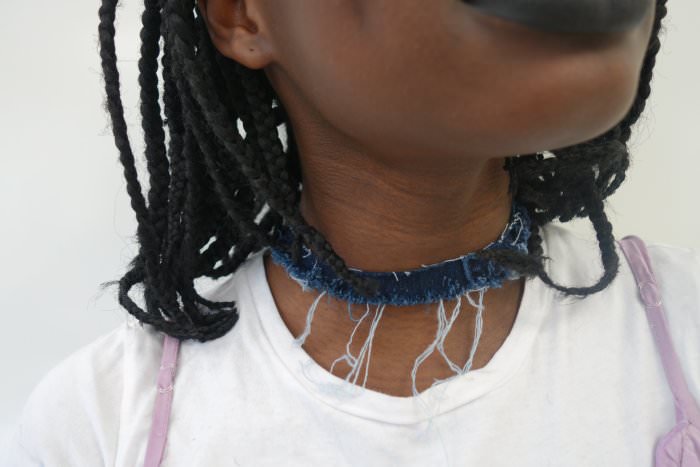 Using my tweezers, I went to town on fraying the denim. If you don’t want the white dangly bits on the choker, use scissors to cut small vertical snips on the denim. There are so many ways to personalize these chokers! Play around with beads, embroidery, and the degree of distress on the denim. For this choker, I frayed the bottom a lot and only frayed a little on top. Once you’re satisfied with the choker, cut off any excess denim and you’re all done! ♦