A chat with pop singer Kohinoorgasm about her new music video and the meaning of freedom. 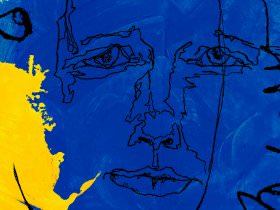 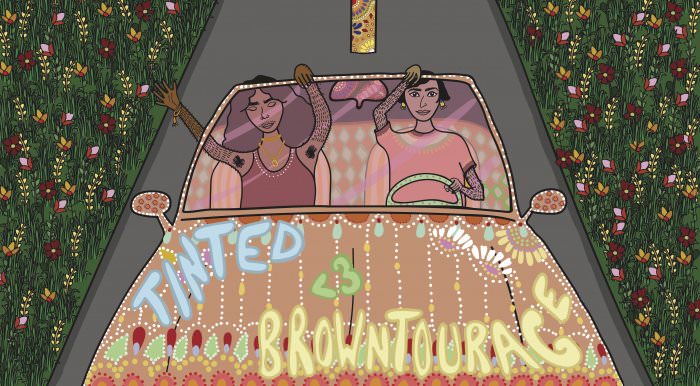 Kohinoorgasm, aka Josephine Shetty, is a Bay Area–based producer and vocalist whose sound can best be described as a sensual dreamsicle. A child of choir and musical theater, Josephine started making her own beats last year on Garageband to sing her feelings over. I caught her show at a West Oakland venue this summer where she blew away the audience with her emotive pop beats and ethereal bilingual vocals. The video you’re about to see, for the song “Azaadi Is Freedom Is Fate,” is the first visual for her first body of work, directed in collaboration with local filmmaker Jasdeep Kang. —Hawa

BROWNTOURAGE: I love that you sing in both Hindi and English. Do you ever struggle with being a multilingual artist?

JOSEPHINE SHETTY: I definitely struggle with multiple languages, because I really am not very good at Hindi! But writing songs in Hindi has been a really beautiful part of my learning process, especially because the words I have learned for my songs are some of the most important words to me, such as azaadi (freedom), niyati (fate), titli (butterfly), and mere (mine). I hope that folks who are better at Hindi than I am can still enjoy it in my music. There are certainly moments in my songs where my pronunciation is terrible, and my words don’t really make sense (lol), but I think that a lot of first- and second-generation desis can relate to that. 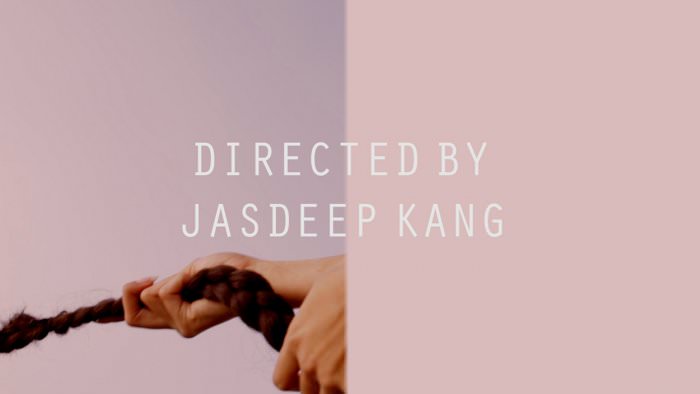 How did this visual collaboration come about?

JASDEEP KANG: One night we were hanging out in Josephine’s bedroom. We ended up watching music videos for about three hours. We saw what was missing in all of them and decided it was time to dive right into making one together. The crew was very, very small. Reva and Pragya Bhatt styled every single person—literally like 17 different people. I ran around with my camera and lights while Mannat and Navya Kaur assisted me.

Tell me a bit about the storyline here. I see loads of beautiful people, and lots of hair! Is there a motif going on with hair?

JOSEPHINE: There is definitely a motif with hair, femme-ness, and POC identity. I wanted the music video for “Azaadi Is Freedom Is Fate” to focus on a site of expression, and I felt like hair was a site for expression that a lot of my friends and I could expound upon. Whether we are using our hair or hairstyle to establish our freedom of expression, or whether our hair or hairstyle is being policed by others, it is a site at which our freedom is observed.

JASDEEP: We hoped to create a safe and empowering space through these hair stories while we were filming. It ended up being an all POC cast and crew, which was very intentional and super rad. Hair is a distinct issue for femmes of color. It was like a dream set. It was very magical seeing the beautiful energy of our friends. I was very emotional when editing all the footage.

Tell me about that first show in Oakland. It was intentionally accessible for differently abled folks. Why was it important to create that safe space?

JOSEPHINE: It is so important to create a safe space for peeps with disabilities because show spaces are soooooo inaccessible. Collander, an incredible Bay Area electronic artist who I shared the bill with that night, brought those issues to the forefront during that show in an effort to normalize accessibility dialogue and measures at performance spaces. This article is a great reference for folks trying to understand accessibility in performance spaces. 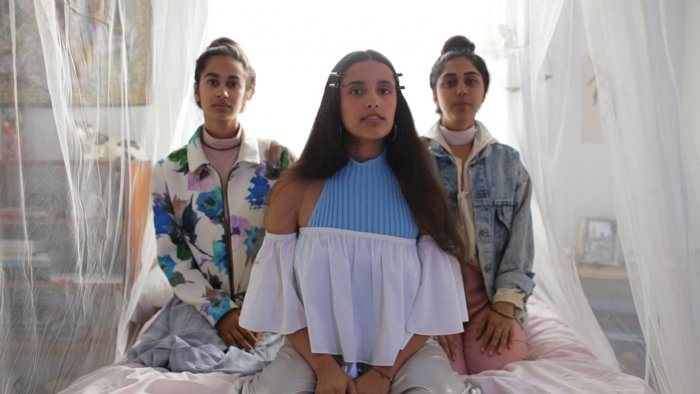 Azaadi is such a powerful term for so many different languages and cultures that share this word. What was your thought process in writing about this, and has your interpretation of this song changed since the events of November 8?

JOSEPHINE: Azaadi, meaning freedom in so many languages, was brought to my ears and tongue via speakers of Hindi. I began writing this song while contemplating the concept of freedom, and I intended the song itself to also create a sonic thought-scape for pondering the concept of freedom. In it, I ask, “How long has it been since I felt azaadi?” By asking that, I am questioning whether I have ever truly felt free, and if I have, how could or would I know?

I think about freedom a lot, especially with regard to social justice movements, sites where the word azaadi is frequently chanted and called for—if not demanded by any means necessary. The word azaadi has been used to unify South Asian masses in their movements, [including by] feminist activist and poet Kamla Bhasin at the women’s studies conference at Kolkata’s Jadavpur University in 1991, at the 2014 Azadi March in Pakistan against a rigged election; and in the ongoing Kashmiri fight for independence.

I wanted my use of the word to call people to reflect on what freedom means and feels like to them. Not in a disheartening way, but in a way that could help someone searching for azaadi formulate concrete demands for their freedom fight. Because of that, I don’t feel my interpretation of the song has changed since the recent U.S. election. If anything, my interpretation has only been reaffirmed. I plan to continue to reflect upon and construct my definition of freedom, as many others and I have been doing since long before Trump ran for president, so I can continue to fight for my freedom and the freedom of others. In the song, I also describe freedom as something that results from niyati (fate), because I believe that freedom is the ultimate fate.

What are you currently inspired by?

JOSEPHINE: I am inspired by artists who use their platform not only to talk about critical issues, but also to organize around those issues and to create art that deconstructs, reflects on, and challenges those issues.

The release of this video follows the aftermath of the tragic warehouse fire in Oakland on December 2 that has claimed the lives of 36 people. Our hearts go out to the friends and families of those affected and the marginalized communities who continuously seek safe spaces to create and exist—may we continue to pursue resistance through art, music, and community building.