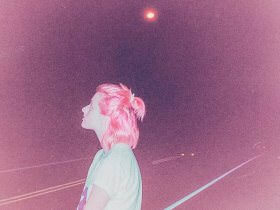 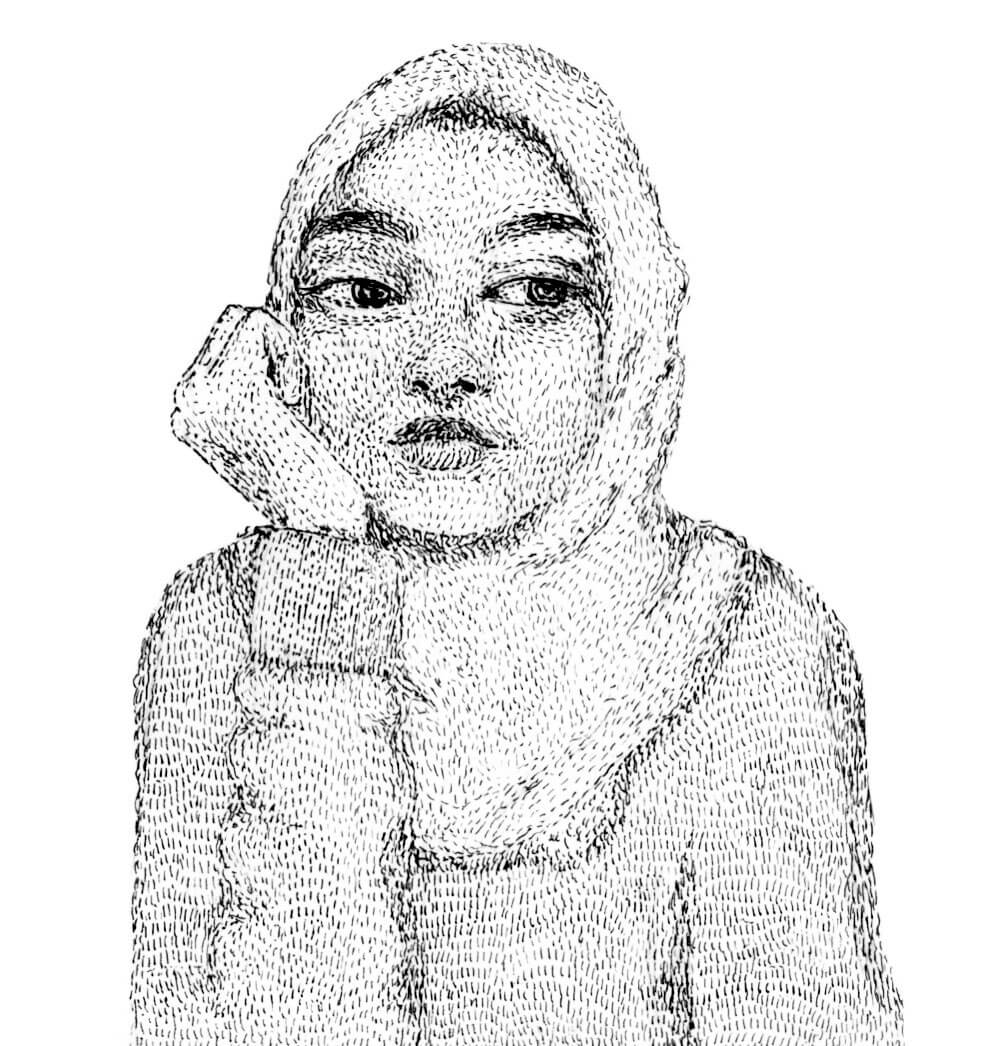 Every time I read Donald Trump’s name, or see a photo of his unbearable face, a familiar weather pattern circulates through me. It goes fear then despair, confusion then disgust—each emotion a bitter wind that leaves me shrinking further into myself. All of us, yes, even cis white guys, have reason to distress over our president-elect, and when you’re a Muslim girl in a place with few Muslims around, you know a sadness steeped in a specific kind of loneliness. You also know something of the white heat beyond it: rage.

Your rage might be explosive, consuming, energizing, even frightening. Above all, it is valid. Why shouldn’t you be angry that the Trump supporters in your community—perhaps your teachers, coaches, and best friends’ parents—regard your family’s safety as collateral damage at best, a threat to the “real” America at worst? Why shouldn’t you be angry that the president-elect used your religion as a prop, a bogeyman to point to whenever he sensed his campaign losing steam? It’s endlessly infuriating and you don’t deserve to live with the consequences of the past, nor the uncertainty of the future. Yet, here we are.

So what to do with that fiery ball of anger raging inside of you? I like to think of it as the fuel that powers forward motion. Doing work that fights against all types of bigotry is an antidote to the cold loneliness that comes with being isolated in your marginalization. Here are a few ways to get started.

First things first: Arming yourself with talking points to confront someone’s Islamophobia/homophobia/transphobia/xenophobia/racism/anti-Semitism (whew, a lot of ways to buy into structural oppression) is not only essential in being an advocate for change, but for also feeling like you can be an advocate for change. It’s easy and understandable to get flustered at the first sign of an argument. Luckily, there are many social activists out there writing passionately and instructively on how to combat this country’s ignorance. And please don’t feel like it’s your responsibility to engage every bigot you encounter, especially online—sometimes they’re not worth your energy (and your energy is worth a lot).

Doree Shafrir has created an excellent “reading list” for the Trump era. There’s Teju Cole’s galvanizing call to action, “A Time for Refusal,” and pragmatic advice on resisting the normalization of Trump in many of these pieces, but particularly in “Prepare for Regime Change, Not Policy Change” by N. Turkuler Isiksel, who has lived under autocracy in Turkey.

And if anyone comes at you with the “why don’t Muslim people ever denounce terror attacks?” nonsense, refer them to this Google Doc, which tracks the public condemnations released by Muslim leaders and organizations.

You’ve probably heard a lot of people saying this, either online or in person, since November 8. As unglamorous as it may seem, picking up the phone and voicing your stance to your state’s elected officials is one of the most productive things you can do. They’re public servants and if they’re in the House of Representatives or Senate, they’ll take your concerns to federal level. Being an active citizen does matter, which is part of the reason politics can seem so slow. To find out who your reps are, enter your ZIP code here.

Still, how do you know what issues to speak out against, what issues to advocate for? How do you know what to say? A good place to start is on Twitter, where you can find activists who share some of your views and regularly post representative phone numbers, petitions, and call scripts. Scroll through the feeds of Linda Sarsour and Lena F. Masri, both vocal advocates for Muslim civil rights, to learn more about policies that may affect you. I’m also a big fan of the call scripts that Katie McVay writes. Here’s an example: 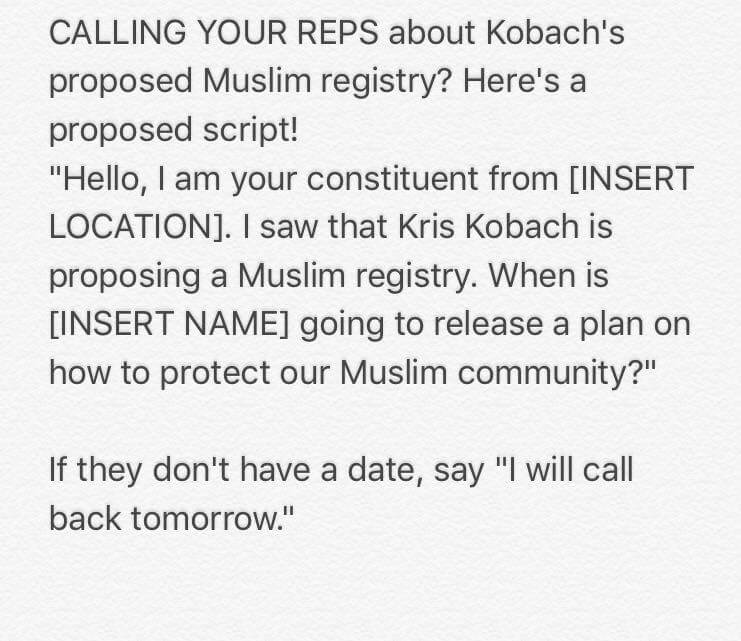 Do it for yourself. Do it because you like it and you feel lighter after having written, painted, meme-ified your beta fish, or whatever it is you do that makes you lose track of time. Keep a notebook (or a page on your Notes app) for recording stray observations and your feelings throughout the day. Your story—as a Muslim girl in the U.S., as a person—is of inherent worth. It might make people uncomfortable, they may bristle or question why it doesn’t align with their own misconceptions about your religion or culture; that’s all the more proof of how vital it is. Know that just being yourself is a courageous act that fights against lazy bigotries and boring assumption.

I was 14 and without a substantial Muslim community when the September 11 attacks occurred. In short, it sucked. If you find yourself in a similar situation, try reaching out to your friends who were also made to feel vulnerable by Trump’s dangerous words. Many of them are likely enduring some strain of the emotional storm inside you. Listen to them, share your own thoughts, and talk about how to pool together to form activism groups in your school or community.

Your fears may be specific to your identity (and there are varying concerns within a community, say from a Black American Muslim to an immigrant Muslim of any race), but there’s so much to be gained by supporting people with different experiences. Jes Skolnik’s essay, “On Being a Gender Outlier,” stresses this point: “We’re taught that strong bonds are built through common ground, and indeed, some are—but I find as I get older that the strongest friendships I have are not built necessarily on common experience but are built around shared respect.”

You can also find Muslim writers, podcasts, and communities online to help connect you with others that understand what you’re going through. I love BuzzFeed’s podcast “See Something, Say Something,” in which a group of Muslims of varying levels of faith gather to discuss being expected to speak on behalf of an entire religion, the secrets we hide from our parents, and more. There’s also the amazing website Muslim Girl. It’s run by Amani Alkhat, a fervent activist who taught herself HTML so she could create a space for Muslim girls to examine faith and everyday life. And if you find a writer who really gets you, don’t be afraid to reach out to tell them so (if you want!). It’s pretty much the best thing that can happen to someone who screams into the black hole that is the internet for a living.

It’s nice to feel very small and then very big sometimes. There’s so much space—both within and outside of us—and being reminded of that always soothes me when I’m in the midst of a particularly exhausting rage. ♦

Sarah Gouda recently relocated to Brooklyn, something no writer before her has dared. When she’s not writing, she likes to tweet about Drake and Instagram photos of her sister.