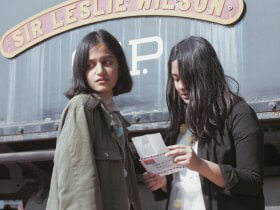 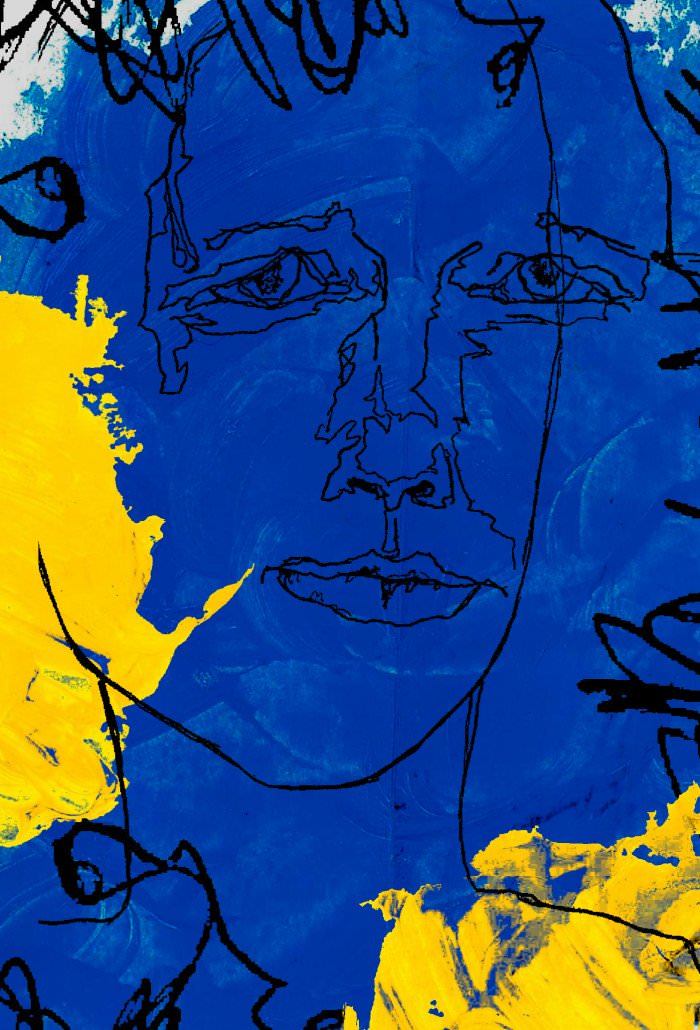 When I was eight years old, I was convinced I would drop dead. It seems easy enough to laugh about now. Time might not heal all wounds, but it has an uncanny ability—some might even call it a gift—to make some of life’s most grim moments seem moderately comic.

At the time, the unknown horrors of death were cushioned by the joys of a promised heaven (as long as you asked God, of Jesus, or whoever to forgive you of your sins). These were concepts I never fully questioned until I became convinced that my own mortality was in danger. That was the beginning of the end, really, as far as God and I were concerned.

For the longest time, I thought the sole reason for my anxiety and fall from religious grace—the cause of all of my pre-pubescent existential crises—was thanks to an episode of The Fresh Prince of Bel-Air. Yes, the ’90s classic starring Will Smith. Hear me out: In a fourth season episode called “Home Is Where the Heart Is,” Uncle Phil’s health is at the forefront. Always the butt of fat shaming, Uncle Phil’s girth becomes a point of contention in the household. His family persuades him to go on a strict diet and exercise in the hopes of losing some weight. Well, Uncle Phil cheats, sneakily gorges himself on a cheeseburger, and he has a heart attack. This very special episode has a happy ending: Uncle Phil lives and everyone learns a valuable lesson about cholesterol and accountability, or something.

But I got very different messages from the episode. Life is fragile and it only makes sense to be scared shitless of that fragility. More to the point, if you ever eat unhealthy food, you’ll have a heart attack. You’ll probably die. So the best thing you can do is stop eating unhealthy food. Death is scary, try not to die. Soon after being traumatized by this sitcom, I developed a strained relationship with food. I hesitate to call it an eating disorder but mealtimes were plagued with stress. Whether I was eating broccoli, a peanut butter and jelly sandwich, or chili cheese fries, I was convinced that I was just one bite away from a coronary. I constantly pestered my parents with the same questions: “Is this healthy? Is this healthy? What about this? Is it healthy too? What if I add cheese to it? Can this kill me? Am I going to die?”

My parents were worried, as any parent would be. I began therapy sessions with a nice white woman with mousy hair. In her dimly lit room, I was too embarrassed to talk about the full scope of my anxiety and concern about my mortality; maybe I was too young to even articulate it. News of my morbidness reached extended family. My mom would shuffle the cordless landline phone into my hand, forcing me to hear the cooing tones of aunts and cousins who made sure to let me know that they were praying for me. I went to church every Sunday, sitting in Sunday school rocking white stockings and itchy dresses with my lime green translucent mini-backpack and a Precious Moments Bible. I knew the drill, God was my bread and butter. Prayer was kind, it was healing, it was peaceful. Yet, God was little to no comfort. I felt numb, but I didn’t know why.

My first true religious test came later that summer, when an old friend of my mom’s dropped by. Her thick body was sturdy and soft, her hugs were punctuated by her sharp perfume. She was perfect for hugs, less perfect for my existential crisis. That night, we were in the kitchen and I was absently flipping through an IKEA catalog to pass the time. “Do all of us have to die?” I asked. “No,” she started, her stiff smile contrasting with her saccharine, high-pitched voice. I was hopeful, maybe she knew something I didn’t. She continued: “Our souls live on forever in heaven.” My heart sank. I was young, but I wasn’t an idiot. She was trying to sugarcoat my fear of death with pearly white gates and the comforts of a God that I was questioning for the first time.

I can’t say that this was the moment I decided religion wasn’t for me, but a seed was planted and it was hard to stop it from sprouting. I couldn’t see the joy in eternal life if it meant my body would still rot in the ground. Who could find heaven comforting when death is a black hole of the unknown? With so many things to worry about, how could anyone find comfort in scripture, in prayer, or even the most beautiful gospel music when death lurked in so many corners?

Apparently, it was even lurking in the grocery store, because one day my when I was shopping with my mom, I felt a little flutter in my chest. This is it, I thought, with the resignation of a grown man who’d already suffered a coronary, the big one. I fell to my knees, clutching my chest. My mom looked at me in alarm. It only look a few seconds—my face inches away from the cool, packaged beef—before I realized that I was still there, breathing, alive, and looking like an absolute idiot. I pretended to have lost my balance.

My relationship with food eventually improved, but my paranoia didn’t. Few things eased my anxiety about the constant spectre of death in those years. I was impressionable, so anytime a character on a TV show or movie suffered an ailment or tragedy—aneurysms, cancer, car accident, plane crash—I slipped it into my rolodex of Legitimate Fears to Have on a Regular Basis. (I can also include ghosts into this cast of frights, because I watched far too many ghost hunting programs, too.) My anxiety was also developing during a time that I can only characterize as a strange era to be a child, when real horrors were normalized and widely publicized. In those few years alone, there was Y2K, the Columbine school shooting, and 9/11. I went from trying to grapple with my first period to learning about terrorism.

My prayers changed. I was still praying every night, even when my belief was on life support. Habits are hard to break, and this was one of them. But my nightly “moment” with God wasn’t really a moment of faith. It was a wish list of someone who couldn’t go an hour without thinking about a terrible way to die. It started out normal enough: “Now I lay me down to sleep, I praise the Lord my soul to keep. If I die before I wake, I pray the Lord, my soul to take.” But then I added a little something: “God bless Mommy, Daddy, Aunt Ed, and all my friends and family. Make me a good girl. Do not let me die tonight when I’m sleeping, or tomorrow.” It went on and on, gathering fear after fear like an industrial-strength magnet. By then, my true belief in God was faltering, but if he could prevent my untimely death, I figured he wouldn’t be so bad to keep around. That was all he was good for.

This went on for years. One day it stopped. I’m not sure when, but it must have been when even I felt like I should quit leading God on like that. It wasn’t him, it was me.

I understand how someone can take the same fear of death that I have and find comfort in religion to help explain the unknown. But religion doesn’t provide that reassurance for me. I’m not saying that people who believe in a higher power aren’t afraid of death, but at least they have a backup plan that goes beyond becoming worm food or spending eternity in dust form in some vessel on the mantelpiece of my future spawn.

It took years before I felt comfortable enough to admit to myself that I was no longer religious. I still don’t have the heart to admit it to any familial elder beyond my parents. Religion, particularly Christianity, tends to be a touchy subject around black Americans. According to Pew, African-Americans are significantly more religious than than the overall U.S. population; they go to church more, they pray more, and they identify by their religion more than any other group in the country. Although the United States is becoming less religious overall, the pews of black churches are by no means clearing out. My aunts and uncles grew up in the Jim Crow South, and church wasn’t just a place of worship, it was a safe space that facilitated humanity and justice in a world that provided little of either beyond those walls. Rejecting religion goes beyond rejecting a holy text—it’s rejecting a culture. The idea that I find little comfort in the beliefs that helped my family through the worst of times is straight up insulting, and I’m not trying to cause drama at Thanksgiving.

Over the past couple years, I’ve had to break with the mythology that a fictional character’s heart attack caused my fear of death. I’d blocked out the real trigger for ages. Months before Uncle Phil took a bite out of that burger, my actual uncle was in the hospital after being stabbed by a (former) friend. That night, I sat with my parents in the sterile hospital waiting room—beige walls, fluorescent lighting, stiff couches—knowing that my uncle could die, right then and there. This sudden slam into reality, the world of life and death and random men stabbing uncles, was made worse by uncle’s wife retelling the scene as it unfolded in graphic detail; guts, blood, the whole nine yards. My uncle survived, but any sense of normality I had died. Things got too real too fast, and I couldn’t get the creeping shadow of death out of my head. I just turned 26 and I still feel like the little kid who called out for her mom or dad in the middle of the night, because she couldn’t stop thinking about dying.

Billions of people around the world are comforted by the prospect of going to heaven once they die. I find comfort in delusion, the delusion that someday we’ll be able to live forever. A therapist I had when I was fresh out of college told me that some people become more accepting of death as they age. But honestly, I’m holding out hope for modern medicine to find a way to make this whole immortality thing work. If that doesn’t pan out, the closest thing I’ve felt to my idea of heaven was the “San Junipero” episode of Black Mirror. The dystopian show set in the near future, took an uncharacteristically tender tone with its storyline about two women who appear to be time-crossed lovers, but are actually elderly patients in hospice facilities. Once a week, they can spend a few hours as their younger selves, and have the option of staying there when they die. This option is what I want. It feels like the silver lining that religion can’t provide, true infinity. ♦