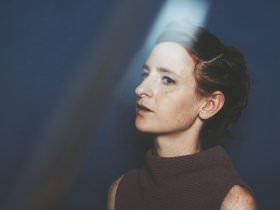 So in addition to understanding the many issues at play here—and there are many, as much as I wish we could blame one demographic and fix just that one problem—I have been trying to catch microcosms of Trumpism in the ostensibly progressive spaces I myself occupy. Coming out of a cartoonish election that became less about policy and more about persona; as the candidates’ histories were reduced to false but widely circulated headlines; many have already spoken to the importance of reexamining how we consume media. I am interested, too, in how we present ourselves on it. In The Selfishness of Others: An Essay on the Fear of Narcissism, Kristin Dombek writes of “the way protecting our image as a moral person can keep us from being exactly who we want to be—good at understanding the world and others, at preventing atrocities, at helping people to heal and change.” Because so many of us live parts of our lives as our images on the internet, I am rethinking the value of looking Good—not cool, not physically attractive, but like a good person. Before social media exists to educate and connect people, it’s a tool intended for self-promotion, and as much as I would like to believe I am merely sharing cool shit that other people might like as much as I do, I am also constantly managing the facade of my quantified self, as you all see her on Instagram, Twitter, Rookie, and this letter. I’ve long resisted identifying as any type of activist because I fear the new standard that would hold me to, and my inevitable shortcomings. I hear from many young people who have a desire to speak out and take action, but fear negative feedback not from any far-right trolls who disagree with them, but correction from other feminists who don’t think they’re doing a Good enough job.

But looking Good is not the same as being good; actually, mistakes and oversights are better for progress than having a perfect track record of wokeness. Letting others learn from your mistakes is a gift. As feminism has gone from being a dirty word to kind of de-stigmatized to even cool, embraced by pop stars and that extremely profitable teen demographic, mainstream media has developed a fiscal interest—not necessarily moral—in becoming (or at least looking) more feminist, more Good. Of course it’s ultimately positive for women’s magazines to have fewer YOUR BEST BODY headlines and more that are like 25 INSPIRING WOMEN WHO WALKED ON THE MOON AND INVENTED VAGINAL HEALTH. This is what I wanted all along! Still, as the literal value of feminism and Goodness go up in some cultural circles, I feel the need to take note of when and where it’s in the interest of progress, and when/where it shares DNA with the Trumpian American Dream of gaining fame and power. We all live public lives to various degrees, growing more and more accustomed to following every thought with a measure of its shareability on social media; its currency. But we should be sharing ideas that won’t just get us agreement and ego boosts. I think about this deeply insightful meditation from last year on the value of our words and images in creating social change, where Jia Tolentino writes:

“The unconscious agenda dictated by the internet is to value only what speaks to us directly, to approve only of what corroborates our ideals; to never upset people, to write for approval; to create an identity based on who offends you; to govern your conduct with the goal of being admired. This passes, remarkably, as what’s good for feminism. I can’t imagine anything worse.”

A Good public image can pass, for a little while, as an antidote to insecurity or paranoia or fear around looking uncool/unsmart/irrelevant, etc. My 62-year-old castmate again, on a life of trying to understand racism: “I think that when someone is insecure about themselves, when they just don’t like themselves as much as they think they should, they need to have something over someone else, so they can go, ‘At least I’m not that’—for example, Black.” Part of this apocalyptic unveiling requires us to see the similar pattern of thought take place when one is referred to as privileged, or corrected on a flawed argument made in the name of social justice, and takes it to heart. Another version of “At least I’m not that” occurs when I bear witness to tremendous injustice from which anyone in my demographic systemically benefits, and my guilt is weakly assuaged with an almost subconscious, “At least I’m not [worst possible stereotype of a bigoted white person, e.g., Trump],” and then I feel briefly let off the hook. If it’s just about making ourselves feel and look better, progress is put on hold. The need to remain some kind of victim, the inability to hold multiple truths in one’s mind at once—that you may lack male privilege but also benefit from white privilege, for example—is part of what made so many people lovingly view Trump as being anti-Establishment: rewriting his life as an underdog with the odds stacked against him, railing against political correctness as if being called racist is harder and less fair than actually being targeted by racism. But even in our liberal feminist online circles, this same failure to contend with the idea that you can be both the oppressor and the oppressed, that privilege shifts depending on where you are and who you’re around, will continue to keep us from being as smart and helpful as we can be.

One very easy and literal way to avoid holding that complexity, to heal your insecurity around looking cool and relevant, to meet your desire to be seen as Good, to be on the right side of history, is to define yourself by everyone you are not. Public shaming can seem very righteous when the topic at hand is social justice-related, but I’m not sure how productive it is—outside of emotional release, which, again, I can only speak to someone whose life more resembles mine in terms of advantages, and the need for the release is less deeply felt. For those of us with less at risk, who engage in these conversations because we understand oppression intellectually and genuinely care about changing it but are probably not as emotionally triggered by someone who looks like us being ignorant on Instagram: I don’t know that defining ourselves against others and calling it a day qualifies as activism, or journalism, or self-reflection, or critical thinking. Educating someone means their audience will also get to learn from that person’s mistakes; shaming someone serves only oneself. The need that a white liberal feminist feels to look Good masquerades as a joke about Pumpkin Spice Lattes, which masquerades as a cognizant critique of white feminism; is really just a desire to differentiate oneself from those other white girls—you know, the annoying, selfish, un-woke ones. Other people who decry white feminism for very real reasons look petty to anyone who’s new to the conversation and poking around on the internet, trying to learn. Onlookers hoping to discredit arguments that make them feel defensive about their own privilege are given cause to believe it’s all just crying wolf, because: Pumpkin Spice Lattes. We the people have absolved some guilt—which, really, should always be there; living in that discomfort is actually the easiest version of living in a racist world—and hurt the cause in the meantime.

Anger about injustice needs a holding place, and one of the best things about getting older is that I’ve become more OK with the version of myself that people see on their computers—white feminist website editor girl—being a holding place for the frustration of living with systemic oppression. Most of the time, the criticism is immensely helpful. I wish I’d understood intersectionality better when I was younger and first started Rookie (and now, as I’m sure I still have blind spots), I wish I’d realized how much my TED talk about the representation of women in pop culture failed by centering the representation of white women, I wish I hadn’t posted outfit photos wearing bindis or been photographed at Fashion Week carrying a bag that looks like it has a gun in it that a black person would be risking their life by carrying around. But the guilt and shame from fucking up compare in no way to a lifetime of marginalization and oppression, and I’ve grown to like myself enough for a correction not to be a catastrophe or a crisis of self-worth. I was reflecting on all this to a friend, saying, “I just don’t want to be part of something that hurts anybody or makes anyone feel bad about themselves,” and she replied plainly, “That’s impossible.” By virtue of my privileges, my existence in the world makes the lives of others’ more difficult. I have tried to make sure that in other ways, it can also make them better, and it turns out I am a whole lot better at that, at learning, when I have the humility to let go of looking Good.

Brit Bennett and Ta-Nehisi Coates have both written about “Good White People” and “Good, Racist People,” who, when accused of racism, insist that their good intentions negate such an offensive label (nowhere near as offensive as actual racism, the same way political correctness is not as oppressive as systemic oppression). Bennett writes, “I don’t think Darren Wilson or Daniel Pantaleo set out to kill Black men. I’m sure the cops who arrested my father meant well. But what good are your good intentions if they kill us?” Coates suggests that racism will never present itself like a Disney villain: “The idea that racism lives in the heart of particularly evil individuals, as opposed to the heart of a democratic society, is reinforcing to anyone who might, from time to time, find their tongue sprinting ahead of their discretion.” We choose ignorance when we subscribe to the idea that there are, in Wesley Morris’s words on the crucial post-election episode of Still Processing, “good whites” and “bad whites” when really, every white person is a “bad white.” Anyone who grows up in this awful world is a bit of a bad person. We’re impressionable sponges with animal instincts to protect ourselves. We internalize biases against people of different races, gender identities, ethnicities, religious backgrounds, and sexual orientations, no matter how liberal/progressive/feminist your town/school/family/online communities were, as all of mine had been. Just to illustrate how much what we say represents who we wish we were and not who we really are: for all my championing of sincerity and earnestness, all this fucking writing from the age of 12 onward about the importance of expressing yourself and being yourself and showing people how you feel, I struggle to compliment other human beings, like, all the fucking time. Like a goddamn second-grade bully who your mom says is just being mean because he actually liked you. So, similarly, I might write extensively about sexism and the act of dismantling it, then decide I hate some other actress for reasons that are, at their core, misogynist: e.g., “she’s too pretty to actually be smart.”