Sources of joy: a Rookie reader meetup and seeing a favorite band. 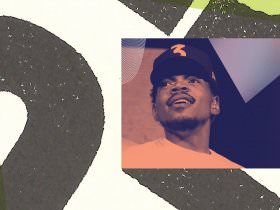 On Tuesday, I went to a Red Hot Chili Peppers concert, and with no childlike exaggeration, I can say that it was the best day of my life.

The day actually started off quite badly because school was a drag and it was one of those days where I thought things could only get worse. But as I entered the o2 Arena with my Mum and Sister, I knew everything would be OK. The diary entry where I wrote about how many potential friends could be at the concert came to my head, as I saw boys with long hair and girls wearing their band T-shirts. There were a million “mes” there, but for some reason, fate has chosen that I don’t know any of them.

I had never cried at a concert until this one. First they played “Snow” and then “By the Way.” But then, as if from nowhere, they began to play “Aeroplane” and I immediately began to scream all of the words. It’s wild how they played my favorite song. I wasn’t expecting it since my sister, who has been to one of their concerts before, said they probably wouldn’t play it. There is one line in that song that goes, “It’s easy when you’re sad. Sad like me,” and I remembered all of the times I had sung that lyric in my bedroom, relating to it so much and how now, I was singing it with Anthony Kiedis. During all of this, I was sobbing and screaming and my eyes were burning.

It felt so surreal to be sitting in my maths class, the next morning (yes, my Mum made me go to school the next day). It was as if I’d dreamt it. But I didn’t.

I was in the same room as the Red Hot Chili Peppers, and if I could time travel, I would go to 2011 and tell my 9-year-old self, who had just become obsessed with this band, that her dream would soon come true. ♦