Let You Be: An Interview With Barry Jenkins

The filmmaker on his new movie Moonlight, complicity in oppressive systems, bullying, and the importance of self-definition. 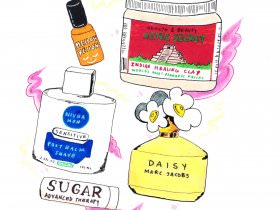 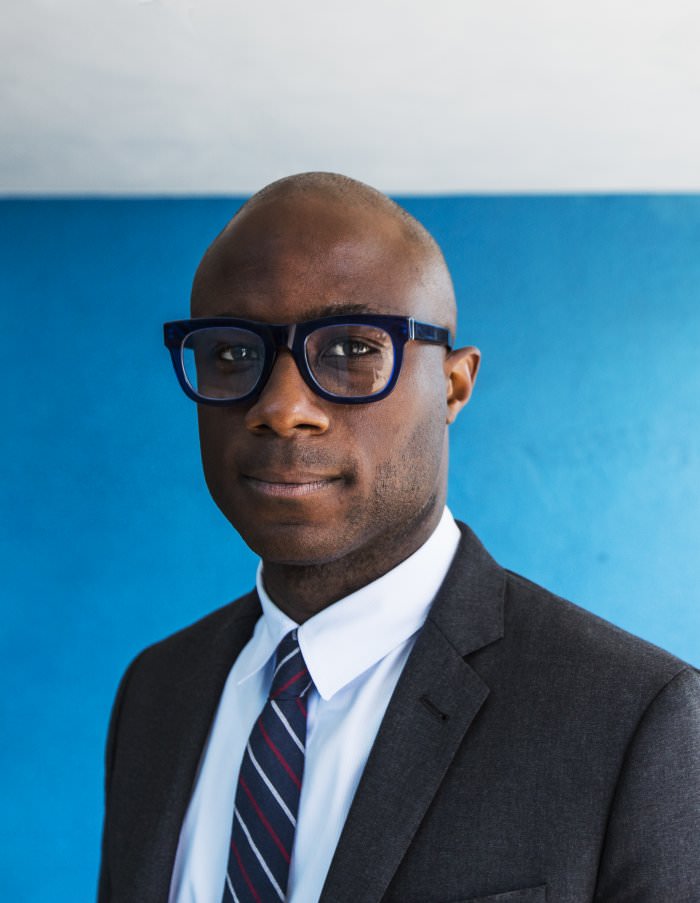 Photo courtesy of A24.

Watching Moonlight was an induction into a movie-watching experience I rarely have in theaters. After seeing Barry Jenkins’s feature, I texted a friend: “I loved not having to filter loads of shit or have my guard up, the sense of relief was unbelievable.” Usually, I am the wary, guarded black viewer bell hooks describes in her essay “The Oppositional Gaze,” one of the spectators who has repeatedly emerged hurt from “encounters with the screen.” Watching Moonlight was not that.

I’d loved Jenkins’s first feature, Medicine for Melancholy, and his shorts My Josephine, Remigration, and Chlorophyl, but somehow the epic, detailed-yet-sweeping artistry of Moonlight caught me by surprise. In its specificity, immersive sound design and music, and careful use of color, Moonlight holds its characters with love and care, and by extension, holds its audiences that way, too.

That’s not to say it’s an easy film to watch, despite its tenderness, but looking deeply into Moonlight doesn’t hurt in the ways that bell hooks is talking about in that essay. None of the characters are instruments. Here is working-class black life in technicolor. Three actors—Trevante Rhodes, Ashton Sanders, and Alex R. Hibbert—play Chiron (also known as “Little” and “Black”). Chiron is a kid and then a teenager and then a young man living in Liberty City in Miami, Florida. As a kid and teenager, Chiron is bullied, achingly lonely, and in the care of a mother (played by Naomie Harris) struggling with addiction, and with how to raise a kid whose apparent queerness attracts the violence of those who would like to destroy what is soft and vulnerable about him. In each of its three chapters, the film—based on the play In Moonlight Black Boys Look Blue by Tarell Alvin McCraney—is compassionate toward its characters, even as they experience difficulty that feels elemental, and behave in ways sometimes difficult to stomach. Moonlight is the most generous film I’ve seen in a long time, it holds space for us to be.

DERICA SHIELDS: There’s an idea that comes through Moonlight that you have to build a self, to create an identity, which is an idea that is reflected in and generated by the structure of the film. We don’t have this traditional coming-of-age narrative arc. Can you talk a bit about the structure?

BARRY JENKINS: I didn’t want to tell a coming-of-age story in a very typical coming-of-age form, where you’re trying to cover 80 beats in 100 minutes, just ploughing through all this narrative. When I first read the piece, I thought it would be best told in these chapters. We’ll take this one very succinct moment at each stage of this guy’s life and we’ll dramatize that almost, like, on a granular, microscopic level. Once we made that decision, it opened up this thing where all this time is passing between each chapter, and once you’re in a chapter you’re only getting a few days, this one moment. Because of that, you get to see how, in the time between the two stories, or between the three stories—between one and two, and two and three—how time has shaped the person. So, as you said, now he’s creating his identity into this version of himself, and then we move forward again, now he’s created his identity and this other form of himself. I do think the question hangs over the film for the main character is—and it’s become pretty obvious in the marketing—who are you? I do believe that’s a question that’s best answered from within, although the world without is always trying to tell us who we actually are.

One thing that came up in a discussion between Rookie editors is that when you’re constantly being victimized, it can be easy, almost a reflex, to think of your story as comprised of those traumas. When Kevin asks Chiron, “Who are you?” Chiron looks taken aback, as though he feels like, “You know what I’ve been through! Why are you asking me this?!” But it’s not enough to be the sum of your traumas.

Exactly! It’s funny you said it as a reflex; whenever I think of a reflex, I think of it as a very sharp response. But life is a series of these very slow responses, these slow reactions that we don’t even realize we’re living or we’re enacting. In a certain way, with this character in particular, he is getting away from himself at a rate that he doesn’t recognize, and then by the time he does, he is unrecognizable to the people around him. That’s why I love that you mention that moment, because you’re right, Trevante [Rhodes] does give a great reaction. He even says, “Who me? I’m me. I ain’t tryna be nothing else.” [As though speaking to Chiron] “Well, but are you? I mean, look at you, look at you! You’re clearly trying to be something else!” Because of the way time passes in our lives we don’t realize we’re becoming other things before it’s too late. We don’t realize the world is creating all these microaggressions, all these passive ways to tell us, “a man walks this way, a man talks this way.” We don’t realize until it’s too late.

For so much of the film we’re at eye-level with Little [Chiron]. I laughed when I realized what was happening because I’d been having a conversation with a young photographer named Myles Loftin, who was considering photographing a family cookout Charlie Brown-style, from hip-level, to suggest a child’s subjectivity. Was that your thinking as you decided how to shoot that section of the film?

Exactly. We wanted it to be immersive, and we wanted the film to be told from the perspective of the main character as opposed to, “Our film is about this so we’re gonna film it this way,” or, “Our story unfolds in this place so we’re gonna shoot it that way.” It was all about how to root the audience in Chiron’s perspective. Sometimes we go all the way, we literally put you guys in his head, his eyes become your eyes. We just wanted the audience to experience what this kid is experiencing, what this teenager and then this man, is experiencing. I try to not be too intellectual about those things, because the intellectual framework can get in the way of the emotion sometimes, but this one felt right. The intellectual decision was motivated by the emotion of the character.

When you say you wanted the audience to experience what Chiron was experiencing, why was that important to you?

There are two versions of it. A lot of the things in this movie are very personal to me, very personal to Tarell [McCraney]. To dig those things up and [not require] the audience to participate—I think film is inherently voyeuristic, the camera’s always here, or it’s there [Points to either side], but it’s never right here [Points ahead]. The audience has to look the actor or the characters in the eye, and we wanted there to be these moments where—because what we’re experiencing or what the characters are experiencing is, in places, just so aggressively emotional and jarring, and in some places almost shocking and frightening—I wanted the audience to experience those things, too. There’s a character who just disappears from the film, and I wanted the audience to feel what I assume kids like Chiron feel when people who come into their lives are just snatched up. Everything was about trying to find a way for the audience to experience what the characters are experiencing, because in some ways it’s exploitative just to sit back and watch things from a distance. Some of the systems at play in this film we’re all a part of. So I wanted everyone to have to, literally, inhabit the body of the characters. Not for the full film, just at very specific moments.

What are the systems you’re thinking of when you talk about those we’re all part of and complicit in?

It’s very subtle, but both the characters [Chiron and Kevin] say they spent time in prison. I think also, too, the idea of the education system failing our kids in these more depressed, disadvantaged neighborhoods. We all play a role: We’re not out lobbying our congressmen to pay teachers higher salaries or to divert resources from the defense department to the education department. In a small way, if we’re all citizens of this country, we’re part of these systems that are failing these inner-city enclaves.

On a greater note, the movie is inherently intersectional. You have the issues of sexual identity, poverty, drug addiction. To me, one of the big ones is the idea of masculinity. I’ve been guilty of it too. I played sports and you’re in the locker room, and it’s like, “Oh, don’t talk like that,” or, “You throw like a girl.” Things like that. All the ways we reinforce these ideas we have of what masculinity looks like, how it’s meant to be presented, what’s the proper way to talk to a woman, how a man is supposed to and not supposed to look at another man. I do think we all, in these very subtle [ways]—I like the term microaggression—I think we all play a role of projecting this image of manhood onto our boys of all races, but in particular onto black men.