A track about “freedom within yourself, despite the oppression that surrounds you.” 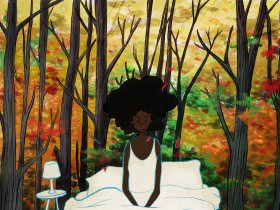 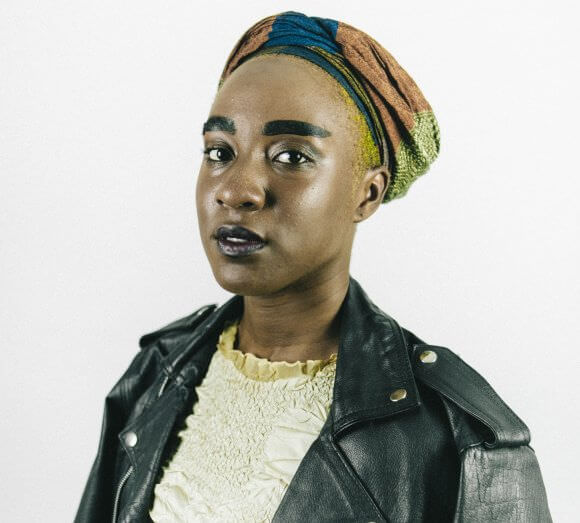 YATTA is the creative moniker of singer and multimedia artist Yatta Zoker. Yatta is a 24-year-old film graduate of Sierra Leonean descent who, when not producing music, is invested in multiple side projects. By day, she works for the Brooklyn DIY space Silent Barn. Outside of work, she continues her divination practice. Yatta recently released her debut EP, Spirit Said Yes!, and we’re excited to premiere the DIY video for her latest track, “Desert Song.” I spoke to Yatta on Wednesday, the day after the U.S. presidential election, about her influences, what it means to be a “digipoet,” and what the election results mean for the future.

DIAMOND SHARP: I’d be remiss not to mention our current political moment. How are you feeling?

YATTA ZOKER: I’ve already been through so many stages. At first, just shock. Then at a loss. And then, I woke up with a lot of reminders of the people I come from, what they’ve been through, and that I have that in me as well. Feeling small but trying to make myself feel big again. Anything that I do with the intention of making other people feel centered in themselves may be a moment of release from what has become just a more externally blatantly oppressed society.

I’m still processing everything. I’m currently in Boston because I went to Wellesley, which is where Hillary Clinton went to college. The school hosted an event for us. I’m scared to hop the train back to New York.

Yeah, I’m driving right now. There’s this huge truck and on the back, someone wrote “Trump 2016” in the dust. You can’t escape it. So quickly, our nightmares are reality.

When I was watching your video, I was thinking about your possible influences. I know you have a degree in film. Can you talk about the influences behind your video?

It was a really collaborative process with Raphael Linden, who co-directed the video. I immediately sat and thought of it as this space that I enter in my head that’s really free and home no matter where I am. I think it’s a compilation of the places that I live. The first thing that I saw were the colors and the feeling of the place. Raphael and I painted every rock on that set. I chose all the backgrounds to create a feeling of freedom within yourself despite the oppression that surrounds you. I have a really childlike center, and that can be hard to reconcile with the chaos of the world. Part of me wonders if escaping to that place in my mind is some way negligent or careless, but I think it’s a way of surviving. It’s a way of surviving that has been passed on to me. I’m not the first artist or futurist to have that space of renewal.

You use the term “digipoems.” Can you talk more about why you use that term and what it means

Being a digipoet to me means finding a place of spirituality within technology and thinking of technology as a generative space where I can discover myself, and make who I believe to be myself real. With poetry, you write it and later on you discover what it means. That’s how all of my art is. I do it, and then it tells me what it means. Everything I do is done really intuitively, and then afterward comes to be a construction of meaning and the place it was in the world that I living in. I don’t believe that I know much. I just live, and sense, and create, and learn from that.

What else are you working on?

At the moment, I just finished my EP, or album, or whatever you want to call it, called Spirit Said Yes!. I’m working on putting that out and performing quite a bit. I work at Silent Barn, which is a DIY space [in New York]. I’m trying to put my heart into that and do as much transformation of the space as I can to make it a space for organizing, people of color, and queers. I also spend a lot time doing divination work, like reading cards. I’m trying to bolster that up—especially now in this very bleak reality. I’m making music. I didn’t mean to become so focused on music, but that’s what happened so I’m following it.

I’m really enjoying what you’re saying. I’m still taking in this moment. I’m at a loss for words.

I’m taking it in that this is reality. That reality is, Donald Trump will be president. It’s unbelievable—but not surprising. I think black folks knew this was a possibility—that American would show itself. We hoped it wouldn’t but knew that it could.

The hate was so real. They were willing to go this far.

To see it followed through is sickening—physically sickening.

It just makes everything feel absurd. The fact that we’re having this interview feels absurd.

It’s just so disappointing. Part of the reason I decided to go forward with the interview is because I didn’t want my actions controlled by this outcome. Life must go on.

What advice do you have for Rookie readers?

Find time to get quiet and listen to yourself. And, as much as I love the internet, get off of it. ♦