Nilu: What I’m Looking For

The premiere of the singer’s enchanting new track. 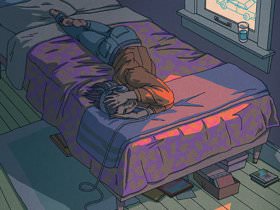 Pieces of a Girl 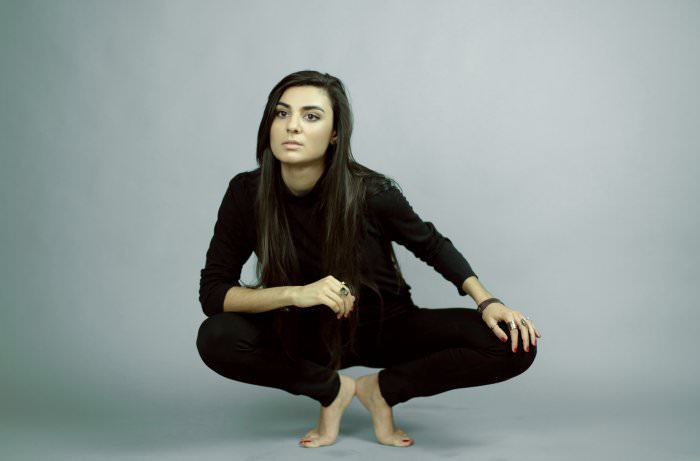 The music of Nilu is arrestingly beautiful. Introspective, self-reflective, contemplative, and resilient all at once, her songs can take your breath away. Today we’re premiering “What I’m Looking For,” a single from her debut album, On the Wake, which will be released in early 2017. Take an aural gander at this enchanting track:

I spoke with Nilu, who is based in Los Angeles, last week. We talked about finding the courage to change course (or majors), how Radiohead impacted her when she was 11, and what it was like to perform for the Dalai Lama.

VICTORIA CHIU: So, right off the bat I’ve got to say—you have an absolutely gorgeous voice. When you sang “walk away” on “What I’m Looking For,” I forgot to breathe for a second.

NILU: Thank you so much! It’s wonderful to know you appreciate it. It’s funny to be talking about it because it’s such an exposed piece on the album. I was probably most uncomfortable doing that one because the other songs are generally with a full band. It’ll be interesting to talk about it!

“What I’m Looking For” has a pretty unique sound—it’s a song I’d love to listen to on a plane or walking around, doing some deep thinking. The lyrics are very much about the strength to leave behind what’s not healthy or right for you. Was there a real-world event or memory that led you to explore these themes?

Yes. It was a time when I was experiencing a dichotomous moment—it was more of a career decision for me, but it was the decision to change to music and follow that path or to stay where I was. I used to be in the sciences in college, and I still do love that field very much. I was a chemistry major for a long time, and I loved the subject a lot. All the analyses, the labs, everything. But at that time, I had a lot of fears associated with pursuing music, and the song [“What I’m Looking For”] really homed in on that choice to go after music and not look back after having made that decision.

That really resonated with me, learning that you changed your path. I used to be in the sciences, too—biology—but I changed to business after figuring out biology wasn’t right for me.

Yeah! I still like and respect biology, but I thought that there was a path that was better for me. How did you make the decision to change your path? Did you face any opposition from the people in your life when you voiced your choice?

I did, but I think it was very understandable from a familial perspective. I understood where my parents were coming from. They had very legitimate familial concerns: “How are you going to make a career out of this? How are you going to support yourself?” For sciences, there’s that very direct path from school to a job. But those were valid questions, and they did affect me in that they made me really consider my choice and make sure that the path I was choosing to take was all the more fitting for me. So I thought about it long and hard, but once I’d made my decision that was it. There was no going back.

It’s very admirable to make the choice that’s best for you and stick to your guns, no matter what.

Thank you! Yeah, it’s totally the same way for me. I actually love chemistry, and I was studying both chemistry and music for a while, and I think the part of your brain that chemistry encourages you to use made me a way better writer. Studying the subject triggered some processes in my brain that helped me with music somehow.

Was there someone in your life who really encouraged you to take the leap from science to music?

Luckily, my mom was very supportive. She’s a dentist by profession, but she is a huge music advocate. She always played a lot of the Persian music she listened to growing up and was exceptionally supportive once I made my decision. She laid out the pros and cons of what I wanted to do. Once I made my choice she fully supported me, which was amazing. I would have made the choice to go for music anyway, but it was incredible to have her support. And even when people weren’t outright supportive right away, I think it really was just that familial concern showing. It’s love and care, and it shows up as concern. People think you’re pursuing music, and they see the huge risk factor associated with it. But once they saw how serious I was about it, and how much I loved it, and how happy I really am playing music, that’s when they all were like, “Yeah, OK. This is the best decision for you.” And luckily I’m around people who exude that love and support, which I’m very thankful for.

It sounds like music has always been a big part of your life.

Yeah! It’s a release for me; more than anything it keeps me connected to the universe and to people. Music has really helped me connect with other people. It’s also helped me develop internally. It’s opened me up to the world in that way, through shows and those sorts of things.

Is there anyone you’ve listened to who’s influenced you as a musician, finding your sound?

Growing up, I sort of just listened to everything my older sister listened to—I kind of copied her! Do you have any siblings?

I do! I have a younger brother.

I’m sure you’ve experienced the same thing, then, where he’s done some of the same things as you and just thought you were the coolest. I took and digested a lot of the things she liked, but it led me to listen to a lot of great music. I listened to a lot of Fiona Apple, and she definitely inspired me in terms of my writing. She’s super raw and honest in what she says in her songs. And I love Radiohead—they’re constantly surprising you in terms of their music choices and harmonies and chord progressions. They can take you from feeling your highest high to feeling very emotional. That’s one of my goals as a writer and a performer—to take the audience on an emotional journey.

If you like Radiohead, you should listen to this project called Jaydiohead. I found it when I was in junior high, and it’s a full album where someone’s spliced Jay Z with Radiohead. It’s really awesome, and it’s how I first found Radiohead!

That sounds so cool! I think I was about 11 years old when I first started listening to Radiohead on the field at recess. I felt all these emotions I couldn’t even process at that age. After you feel that connection to a song and to yourself, it changes you.

Definitely! And, by the way, I have no way to really smoothly segue this in at all, but, you played for the Dalai Lama?!

Yes! At his 80th birthday celebration, at the Anaheim Honda Center. It was a huge honor. I was incredibly excited because with my music I aim to create community through song and music, and bringing two people into a room that would maybe never meet each other to connect over music. Playing for the Dalai Lama was an extra-special experience because I’m very much about compassion and community, understanding and acceptance, and that’s what His Holiness’s central message is about. It was a meeting to remember. ♦