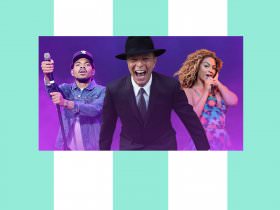 I went to see Moonlight with a friend. I did not cry in the theatre but two hours later, in my dorm bathroom. The movie ascribes its main character—a black man, and many other black men—a sympathy and fragility that usually isn’t given them. So many people I know would benefit from watching the movie, but I remember a few days before the screening, I was online looking at comments, and this raggedy hotep suggested that black people should boycott the movie because it “emasculates black men” and “made the black community look bad.” Black men hurt, they cry, they break, and it frustrates me to no end that there are losers out there who think it makes them less of a man, because that attitude in turn teaches black men and boys that they should suppress these very important and real emotions. They go through so much, especially while living under white supremacy, they deserve to cry. None of those actions make you any less of a man, they make you human.

There was one scene that made me go, “Oh my God, it’s really 2016.” I smiled. I would’ve cried but my tear ducts weren’t working for some strange reason. The shot is the antithesis of toxic black masculinity. It was surreal. It was something I thought could only happen in romance movies with an all-white cast. That’s all I’ll say.

I think the universe is messing with me because I had the same reaction at a Mitski concert a few days ago. She had these two stellar bands opening up for her, and one of them was Weaves. I had never heard their music before that night, and I’m so happy I did. I walked into the venue to see a brown girl with curly hair singing at the center of the stage. She looked like angel, the way the soft red, blue, and orange lights enveloped and lit up her afro. I’m not sure why I was so surprised, but seeing her take that place on stage made me feel all warm and fuzzy on the inside. Jasmyn Burke’s voice has this bold matter-of-fact essence to it, and the loud guitar riffs and drums felt like an aggressive much needed embrace around my body. I swayed left to right as she sang, “I want two oceanss toonightttt.” It meant so much to me to see another brown girl doing punk, and then to find out that her first name is Jasmyn, spelled with no regard for the typical English spelling of it, just like me and other girls with unique names, I felt so represented and validated!

These feelings were magnified once Mitski took the stage. “I want you to know this is your space…I want you to take up all the space,” she proclaimed to the audience. Tears slid down my cheeks, and before I knew it I was heaving and silent crying in the middle of the crowd. Her words reassured me that in a time like this, when people are going out of there way to make sure me and those who look like me will never feel safe, that there are people on my side and that this is just as much my world as it is anyone else’s. I spent my whole life feeling like I don’t belong, that there’s no place for me and I’m undeserving of respect and genuine relationships. Those thoughts invade my brain now more than ever with the recent election results. That is why I’m so thankful for women of color like Mitski, Jasmyn, Drea Smith, and Kayla Phillips in the punk scene. The way they choose take up space in such a white, male dominated genre fills me with this thick, sticky, overwhelming joy that I’ve never felt before. It makes me so much more comfortable with myself.

Although these are scary times and some believe the culture is at an all-time low, I think we’re living in such an experimental and creative time for art. I keep thinking about how 20 or 60 years ago people were dreaming of attending concerts like that, or seeing a character like Chiron in Moonlight. They fought so hard to have a place in these artistic movements, and now we’re moving toward a point where marginalized people don’t have to abide by the rules of white supremacist capitalist patriarchy. I don’t have to be what you want me to be. I can and will do whatever I want. The future is such a beautiful place, and for the first time in my life I don’t wanna be anywhere else but here. ♦