Crushes, dictators, and commitment to a fight. 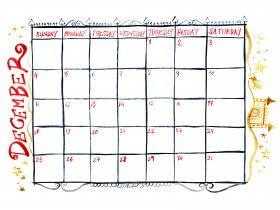 My class schedule for this academic semester is wild, shifting from two classes in the morning and two in the evening. Although at times I don’t quite know the relevance of taking up core courses (those totally unrelated to my major), I still find them fascinating, either because of professors who take to the heart what they’re teaching, or me feeling too young and inexperienced to boldly confine myself to one subject.

—Walt Whitman, “Song of Myself”

On Friday, my country, the Philippines, failed to uphold its democracy by allowing the body of Ferdinand Marcos, a former dictator, to be buried in Libingan Ng Mga Bayani (Heroes’ Cemetery), 27 years after his death. (Prior to burial, the former dictator’s body was preserved in an air-conditioned crypt in his hometown in the northwest corner of the island of Luzon; if this isn’t creepy enough for you, then I don’t know what is.) The ceremony was done stealthily on Friday morning, with the public only knowing a few hours after. Many on the left took to social media, enraged, while those on the right asked for forgiveness without ever actually uttering the words. The Supreme Court of the Philippines ruled on the issue by allowing the burial, but due to numerous appeals and protests carried out by the anti-Marcos left, the issue wasn’t really given any closure. Thus was the public’s surprise when news of the burial spread.

This has become a very sensitive issue in my country, and most people affected by Martial Law are still grieving over the pain and loss, 44 years later. I understand their pain and sympathize with them more than I understand those on the privileged side, those who enjoyed living on the misery of others, the people who felt entitled to forgiveness without sincere acknowledgment of their transgressions. The Marcos apologists demand that the issue be closed and quieted down now, but they should know that forgiveness doesn’t come easy, and nor does forgetting. That’s why even in death and in the grave, he is still considered a thief by the Filipino people.

To do: Retrace the lines of history and know exactly where the fault lines are; take notes and know that this could be repeated; prevent repetition of historical scars; uphold the sanctity of the land and the rights of its people under our democracy, no matter how stained by previous and present leaders. Do the actual important work of remembering, pondering, and fighting. ♦