Growing up almost by accident. 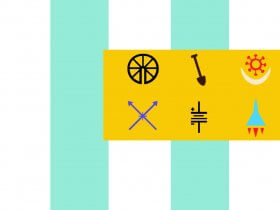 “Oh, look at that. Fascinating,” he says.

“And the offset,” I say, “could that have been caused by the impact that led to the axial tilt? A redistribution of the mass—there are moons like that—”

“I would counter that,” he muses, “by drawing attention to how similar the B-fields are. Since the planets themselves are so alike—”

It’s not a situation I could have imagined myself in two months ago, but here I am in my astronomy professor’s office, meant to be discussing my class schedule for next semester and instead debating the significance of Uranus and Neptune’s particularly weird magnetic fields. When I eventually trade places with the next student he’s advising I hear him say “Come in. Oh, Lilly and I were just talking about—” and it’s a little surreal, to finally have someone I can have those conversations with. It’s a little odd, too, awkward. He’s my professor, not my peer. (I get incredibly self-conscious about how often I say “um.”) But in the end, we’re just two people who care about the same thing and I feel emboldened by his willingness to listen, to address my questions without condescension.

The first snow falls. I call my mother that night. She says, “Will your flight home next week be delayed?”

I hope not. At my roommate’s request I lay siege to the crank that supposedly operates the central heating in our dorm room until something creaks and bubbles and warm air gushes forth. On my numb fingers it feels like a fountain of youth.

Packing to go home is difficult. I brought a subset of my belongings with me when I came here, and now I am bringing a smaller subset back. My bag ends up light: a pair of jeans, a few T-shirts, a flannel, enough socks and underwear to last the week.

I’ve felt lost at times while I’m here, but in the end I do feel like I belong. It just doesn’t feel like home—it feels like summer camp, like I’ve barely been here a week. At the same time, I can’t figure out when meandering solo across campus and trudging up the stairs to my room became so routine, so ordinary that I don’t bat an eye at the thought of living on my own. I still call my parents every Sunday, but somewhere in the mix I think I’ve grown up. I just don’t know what that means yet. ♦