You remember what you love. 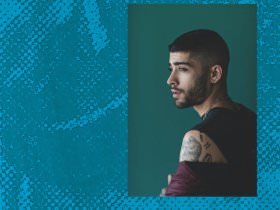 Things never settle. I finish midterms, I meet with my advisor about research opportunities for the spring semester, I go on day-long field trips with my geology class, I somehow still have time to Skype my parents and hold movie nights with friends from astronomy class—there’s always something to do, something to keep me going. I should be tired, burning out like one of the supermassive stars I’ve been learning about, but instead, I’m happy. Happier than I was in high school, by far. More stressed, sometimes, yes. But I think I’m learning to discern positive stress from negative.

My geology professor turns to me in the van and says, “So what made you realize you wanted to do something in the sciences?” He knows I’m a declared physics and astronomy major, so my first instinct is to talk about that—about Carl Sagan and fooling myself into thinking I had glimpsed Jupiter’s moons through binoculars and the book of constellations that stayed on my nightstand for years. Instead, for some reason, I pause and collect myself.

“I guess it was because no one ever told me I couldn’t,” I say eventually.

People usually assume one of two things when they find out I was homeschooled until I was almost eight. Either I had a sit-down classroom experience (except in my own living room) or I ran wild and had no formalized education whatsoever. Truth be told, my life probably resembled the latter much more than the former, but that didn’t mean I wasn’t working toward my education. Sure, I spent a healthy amount of time outside, as should all six-year-olds with the means to do so, but I also read books (so many more than I have for the past few years!) and sped through math texts faster than my parents could find me new ones (and graduated to stealing my brother’s when the wait time did not satisfy). My education never felt like a chore or a responsibility. It was exciting. What will I challenge today? What will I conquer today? I threw myself at math problems and reading exercises with the same ferocity that I did my bicycle or soccer ball. No one ever told me that anything was supposed to be “hard,” so I assumed, with childish confidence, that obviously meant that nothing was hard.

And it’s amazing what borderline arrogance can accomplish. It honestly wasn’t until high school that people started telling me that school was supposed to be difficult—especially math and science: “Calculus is hard. Standardized tests are hard. Physics is hard, wWhy do you want to take physics?”

I shrugged and demurred and evaded these kinds of questions for so long, but I think I’m discovering the answer, or maybe rediscovering it: it’s because I like it. It really is as simple as that. It’s because these subjects I love were never presented to me as a task to complete or a hurdle to overcome, just as steps on the path to understanding.

You remember what you love. Think about how easily you sing along to your favorite song, or recall the score of that crucial game your team won, even all those years ago. (Maybe you’re like me, and incessantly quote Interstellar to your friends just to hear the characters repeat after you moments later, much to the chagrin of said friends.) Since I was homeschooled, I was able to apply this to everything I enjoyed from an early age—even those things commonly determined “hard.” But it doesn’t matter. It doesn’t matter if it’s difficult, so long as you love it anyway. ♦