Write about a moment that shook your perspective. 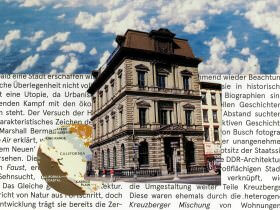 We left earlier today from the office.
It’s a long holiday eve
And no one cares about congested traffic
Or if the weather is bad.

Soon afterward
On one of the busiest avenues
A horde of young people makes changes;
I let myself relax for a few seconds
I’m sitting at the bottom of the bus.
In those seats that are like a step
Eye to the side
And the night is coming
The bus enters a tunnel with drawings
very colorful
And before being invaded by the nuisance
That I feel when I leave abruptly
From a dark environment to clarity
I see my reflection through the window
My dark circles that have already
Your own dark circles
Hidden behind modern lenses
To 3.5 degrees of myopia
My beard is about to be done
And I do not seem at all responsible.

I see and hear
(Even with headphones)
The unyielding agitation of those young people
For a moment I tried to imagine
How would life be if my big brother
Had survived that disease
If he were alive he would be 27 years old
And would most likely unite
To the unison of powerful and distinct voices
In the hope of building not only a country
As well as a better world.

I take a deep breath and think of my mother.
In all their sacrifices
In his benevolence and courage
To move on despite adversities
Of their unjust work hours
That despite tiredness and poor pay
Did not rob her of her beauty or
Willpower
I still remember with affection.
Of all the times when even tired
She made a point of asking how my day had been
If he had learned new things
And had made many friends
But because of dyslexia
I learned very little and very slowly.
And maybe that was why he did not have many friends.

She in turn
Listened attentively
And after each whine
About how annoying it was to go to school
Put his left hand in the shape of a shell
Under the chin
And let his head hang a little
to the side
This lasted a few seconds.
Until she realized that there would be
Many days like those
And in response to my distress
It messed up my hair and kissed my cheek.

I bring alive with me every childhood keepsake
I am like a museum of traveling affective memories
I remember the same intensity
The pain and fear I felt when my first
Milk tooth fell
I was so scared that I even fainted
And found it too cool
When some time later in that little hole
That stayed on my gums
Another tooth began to be born;
The smell of rain coming up
Brown and fluffy earth
From my grandparents’ yard
And the unmistakable taste of the fair pie
Every Sunday after we got back from church
How I felt free to go to school alone
Even hating that place
Of the chords of “Black Bird” when I started
To learn to play guitar
Carrot cake with chocolate coating
That my mother used to do every birthday
And how she cried shortly after
I have just turned 17 and decided to leave…
And today the sweet taste is like a last happy reminder
Before the storm.

Before you even reach the endpoint
Get off the bus
Not without first being looked at with some strangeness
For the old lady who was watching me
While I wandered and dreamed awake
With all the amenities that until then seemed like bullshit
But they have become the solid foundation
The foundation of my character
Maybe, I really am this man of small ambitions
Who is content to still be able to tell
With these frugalities in difficult times
A man of small ambitions
And with heart broken.