Creative Prompt: Be a Foodie

Cook up something artistic. 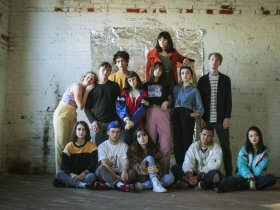 I feel as though we’ve finally broken free of so many restrictions, basically all of them mental, but the cloth around our head stands as one, too. I’ve let myself be unafraid of life after death, because in religion you’re thrust into limbo, a place between seemingly unearthly rewards, and a terrible damnation. We’re told that where we go depends on how we behave now, but there’s so much behind it, rigged by spiteful gods created by controlling men to prevent anarchy. There’s still fear though, fear of the unknown, fear of pain, and fear of “what if?”

I still have to hide our newfound freedom at home though, as our parents have become a lot more religious. It’s all very unfair, because faking the practices is just as unfair to Islam as it is to me, because I still have respect for other people’s beliefs.

But, letting go of religious restrictions has let us explore so many more possibilities, things we may forget eternally, but things we still had the pleasure of experiencing.

I’m happy with who we are as a person right now, and I believe we’re only going to get better as the years pass.