My illness brought out the worst and the best in me. 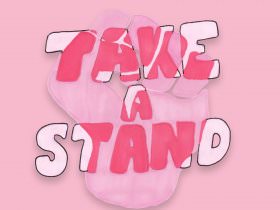 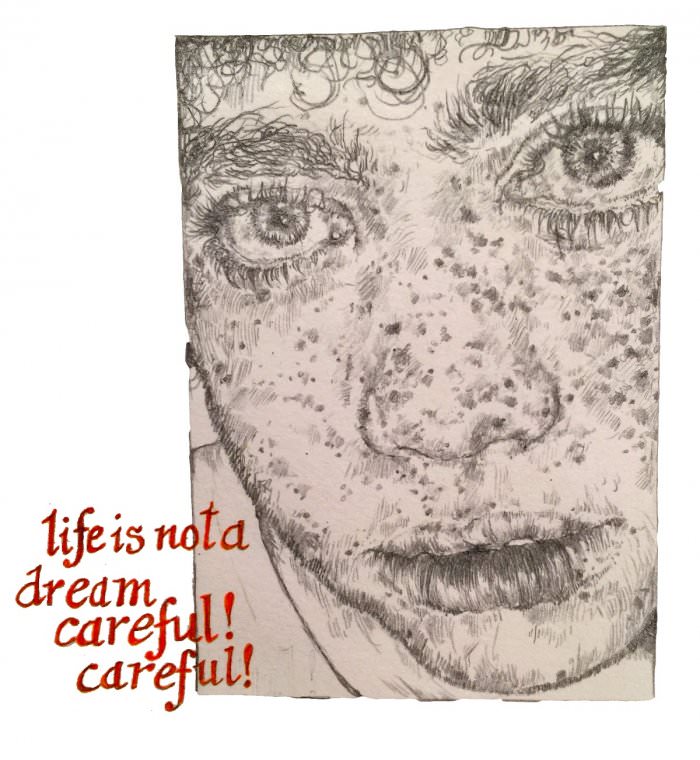 My diagnosis started with talking—lots of talking. The talking swallowed me up like waves crashing into one another until I was too tired to swim against them. There were pools of sweat in my palms that overflowed and dripped in loose beads. My mom was chanting to the doctor, “No, you are wrong,” and my dad stood like the soldier toys I played with as a child. I just stared at the ceiling tiles.

They put me into tubes that beeped and yelled louder and louder. They circled and twisted around my body. I imagined myself as a grenade, obliterating every inch of the white, dimly lit room. There wasn’t any escape, and it wasn’t something I could ignore. Teenagers are like the heroes of every story: They think they are invincible and that nothing can harm them. That’s the essence of being a kid—the blissful denial that you will ever be harmed. The difference between most teenagers and myself is that at 16 years old, during my first week of junior year, I was diagnosed with Hodgkin’s lymphoma cancer. I wasn’t a superhero with powers; I was simply a teenage girl who got hit by her own kryptonite.

To many people, cancer is scary. To me, cancer was a frenemy. It sucked being bald, sleeping at hospitals, wearing ugly sheets, having chemotherapy surged through my veins, and being told every moment what I couldn’t do because I was suddenly as delicate as Humpty Dumpty. But cancer was also a blessing. Cancer taught me to love myself. It taught me to stare directly into the reflection of my gray, silvered eyes in the mirror, and yell to myself that it didn’t matter that I had just combed the little hair I had left right off my scalp. It taught me that what mattered was that the loss showed that the chemo was working, and that I was getting stronger, and that I would live. Cancer was the friend that introduced me to a boy much like Peter Pan, who feared growing up and wanted me to run in the streets with him as we sang, screamed, and yelled, “I am angry and ferocious!” (You could say I had my own version of The Fault in Our Stars.) Cancer was also my best friend, sleeping on the patterned floor of the hospital. Her dark brown hair danced across the tiles as she told silken stories that made me weep from laughter. Cancer was a boy biking miles just to see me, sleepovers with girls tucked like sardines, and family dinners brimming with enthusiasm. Cancer was my cousin cutting all her hair off for me. Cancer was telling myself that this wasn’t where my story would end.

Artist Jenny Holzer once said, “You can make yourself enter somewhere frightening if you believe you’ll profit from it. The natural response is to flee but you don’t act that way anymore.” One day, my foot rolled over and I fell to the floor, my head knocking against the back of the door. Vibrations cascaded through me. My mom yelled toward my room, her voice shaking, possibly more powerfully than my own head did after crashing like that. I told her I was fine and to not come upstairs. I moved myself into the bathroom, which happened to be the only place in my room that had a lock. I locked myself in. Sitting on the floor with my legs tucked under me, the cold tiles cooled my skin, which was burning within from sickening hot flashes. I did something I couldn’t bear to tell anyone, that shook me. I bit my lips until pink blush turned white as snow. Using a comb, I brushed out all of my hair at once because I couldn’t bear hearing the metal jaws of a buzzer sliding across my head.

I’m not one to cry often, but that day my cries were so painful that what actually came out of me was a deafening silence. My sobs were shaken breaths. My body caved into itself. I never broke the stare I had with my reflection, not even when the last of my strands had been combed out and only the softest transparent hairs were left. I had to believe that whatever darkness emerged in the quakes of my life would become something beautiful.

This is where I told myself goodbye. Locked in the bathroom of my teenage room in my family home, I let go. On the other side of the bathroom door, there were taped pictures of friends giggling and kids swimming, crumbling concert tickets, and family pictures treasured. On the inside of the door, a blank canvas. The bathroom was a white square absent of memories, while life continued outside it. I let go of the person who existed before my diagnosis. It was a farewell that finally broke me. My friends radiated young lust, ambition, mischievousness, and character. I was a watercolor painting submerged in a tub, my colors dispersing. I was a toxic cocktail that embodied the perfume of antiseptics and remorse.

On September 25, 2014, my eyes rolled into the back of my head as my blood pressure dropped to practically nothing. I’d had an allergic reaction to my chemo treatment on my mom’s birthday and was going into septic shock. I was that kid whose body rolled against the leather of the car seats as my parents sped through red lights and traffic signs to get me to the hospital. I was that daughter lying almost lifeless in a wheelchair. I tried to stand in the elevator to get to the children’s oncology unit as my dad held me up by locking his arms under mine. There were too many kids at the unit at the time, so for a while I was lying on a stretcher in the hall until the room opened and they rushed me in. There was no time to spare. I felt nothing but also all the pain in the world. I saw death for the first time, in the reflection of my parents’ eyes. Death was like a rare silk scarf slipping by that was too tempting to take. Eventually I came to, and my beating heart was my anthem.

After my diagnosis, the amount of intimacy I was allowed was limited. While my friends kissed and shared their firsts with one another, I searched for patterns in my mattress as I laid in bed for hours. As I grew quieter, my home became rowdier. The less I spoke, the more my mom tried to. It unnerves me still, the awful way I treated her in return: I only ever took out my erupting bursts of anger on her. Maybe that’s why today she pretends that I was never ill in the first place. While I was moving passively back and forth between the revolving door of my life, my mom was trying to put a wedge in to stop me from looking back. The stronger I got, it seemed the weaker she became, and my dad, well, he has always been like the tectonic plates of this earth. He rarely shook.