The artist discusses her work and body confidence. 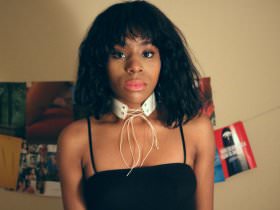 How to Make a Ribbon Choker 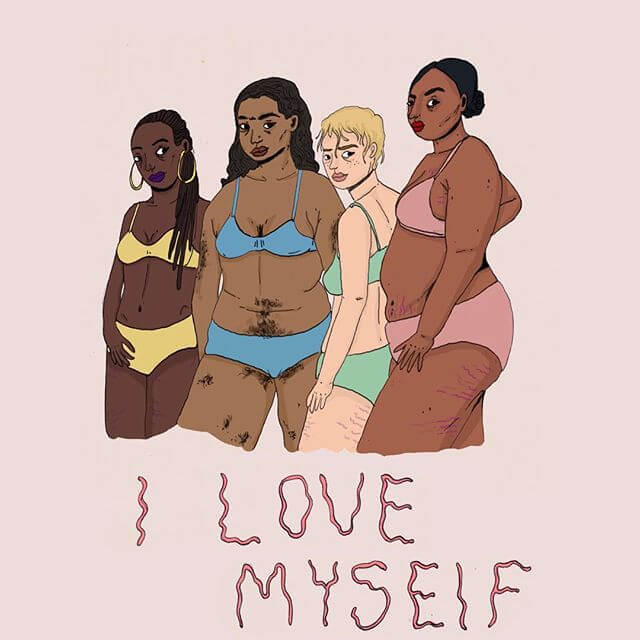 Puck Rietveld is a 17-year-old artist and photographer from the Netherlands whose work champions ideas of body positivity and strong female friendships. We spoke about her tweenage obsession with horses, turning people’s insecurities into beautiful artwork, and pesky Instagram censoring.

MINNA GILLIGAN: Hi, Puck! Could you tell me a bit about the town you live in?

PUCK RIETVELD: I’m originally from Rotterdam, one of the biggest cities of the Netherlands, but I unfortunately moved to Breda. It’s not even that small, but it’s very dull, especially when you’re used to a crowded, multicultural place like Rotterdam. I haven’t met many people in Breda who are passionate about art, photography…anything. Luckily, I’ll be moving back [to Rotterdam] in less than two years!

Have you always enjoyed drawing and making art?

Yes! I’ve been drawing for ages. When I was eight years old, I was obsessed with horses and joined a website where you could have a digital horse stable with drawn horses. Super weird, but I was addicted to this for a few years and got into digital art very early as well. I only began drawing humans, and pretty much anything other than horses, when I joined Instagram and discovered the work of many inspiring artists! I learned a lot about feminism, body positivity, and racism, and was very inspired to [address these issues within] art so other people my age would learn about them as well. That’s kind of how I got where I am right now.

Are your works made digitally, on your computer or iPad, or traditionally with pens and paper?

Everything I make is traditionally done, and sometimes I scan in my lineworks to color them with Photoshop. I never sketch; I just put my fineliner or ink pen on paper and start with my lines, something I can’t do digitally at all. But I really like to color my works in Photoshop because you have endless options in colors and brushes. I unfortunately don’t have money to afford all of the Copic markers in the world!

It looks like you religiously use your sketchbook—is this true?

Definitely! I’m addicted to sketchbooks and the idea of filling a whole book with drawings. It’s so cool to finish a sketchbook and look through them from time to time! But I mostly use sketchbooks because I’m the messiest person alive; whenever I make something on paper it gets lost. Sketchbooks seemed like an easy solution.

How did you begin to identify with the body positivity movement?

I learned a lot about body positivity through Tumblr. But my art got influenced by the body positivity movement out of my own anger. I was sick and tired of so many things—of magazines only showing one certain type of body; Photoshopping; people insulting me, my friends, or strangers; boys who told me girls have to be skinny to be liked; seeing hate comments on photos that contained body hair or fat rolls. I was sick and tired of all the negativity and hate, and this really inspired me to work extra hard to spread the word about body positivity. I’m trying to put it in my art but I’m also answering a lot of questions on Tumblr. Most of them are from young people asking me for advice on body positivity. It’s so important to me to stop hating our bodies and other people’s bodies.

You’ve expressed some frustration about having your artworks censored on Instagram due to nudity. How does it make you feel when people report your art for being inappropriate?

What makes me tired is how Instagram apparently sees a boob as a sexual body part. I love boobs, and they definitely can turn me on, but boobs are still made for feeding a baby. Not for sex, at all. Why isn’t it allowed to show a—in my case, a drawn—nipple? No hardcore porn or anything that’s not nice for kids to see—just a nipple. I just don’t understand! It makes me sad and tired when my art gets deleted because of some nipples or some body hair. There are so many things on Instagram to worry about. Why would you put time in reporting some drawing or photo containing a nipple? That’s just childish to me!

That said, what parts of sharing your work online do you enjoy?

It makes me very happy when someone tells me I’ve inspired them or made them smile. Especially with these body-positive drawings; I’ve had people telling me how they’ve recognized themselves in my art and how much they loved that. Other than that, I’m not very busy with sharing my work online.

Your subjects are always pictured in groups—groups of strong, female-identifying people. Do you have a similar group of friends in real life or online?

I’m not really in a group like this because I hang out with all kinds of people, but all my friends individually are inspirations for my art. My friends are strong, positive, and beautiful human beings. Without them, I wouldn’t be doing what I’m doing now, honestly!

[You have a few tattoos of your work.] Are you keen to explore tattooing as an art form further?

I’m not sure yet. I am so happy to have a few of my own drawings tattooed on my body and if someone [asked to] use my drawing for a tattoo I’d be happy to say yes. I’ve once tattooed something on my dad’s leg, which was very interesting, but I’m not sure yet if it’s a passion of mine. I’m very impatient and that’s not a very good personality trait for a tattoo artist!

Can you tell me more about your body positivity project, where you asked people online to talk about their insecurities?

I didn’t expect to get more than a hundred messages at all; my [original] idea was to make five drawings or something inspired by people’s insecurities. But getting all those (brave, indeed!) messages was an eye-opener for me, and I decided to make it a bigger project. I’m going to make a drawing showing a boy or girl having one of those insecurities, nothing more, nothing less. I hope to show people they’re not the only ones with those “flaws” and that a body is art: You’re fine the way you are. I don’t think these artworks will seriously help people to accept the insecurities, but I think it’s still nice to draw them and go beyond showing what society sees as the ideal body.

Have you ever exhibited your work in a gallery? Is this something you’re interested in doing?

I’ve never! Honestly, I’ve never been busy with sharing my art, I’ve been way busier with my photography. But it would be super cool to see my artwork hanging in a gallery! I think I’d be very stressed about picking the works though. I’m the worst with making decisions.

So many things inspire me…it’s an endless list. The photos I see on Tumblr, people I talk to, strangers in the streets, magazines, Instagram, my friends, my family members, other artists, the people who ask me for advice, my thoughts, movies and TV shows, feminists, books. Also, artists Eero Lampinen, Valerie Choi, and Alma Dias have influenced my work a lot.

What are your aims for your art practice and yourself in the future?

I really want to be more patient and less messy, and put more time into my works. I’m always finished in 10 to 30 minutes; I want to make some more serious artworks. I also want to force myself to experiment with other materials! I’m never touching paint, for example. I also hope to build up a good portfolio so I can get into my dream study—I’d love to become an art teacher at a high school!

What are three words that describe your artwork?