Don’t Do It ’Cause You Think You Have To: An Interview With Lori Barbero 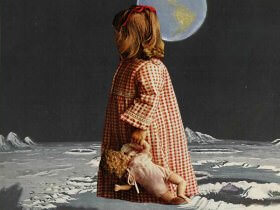 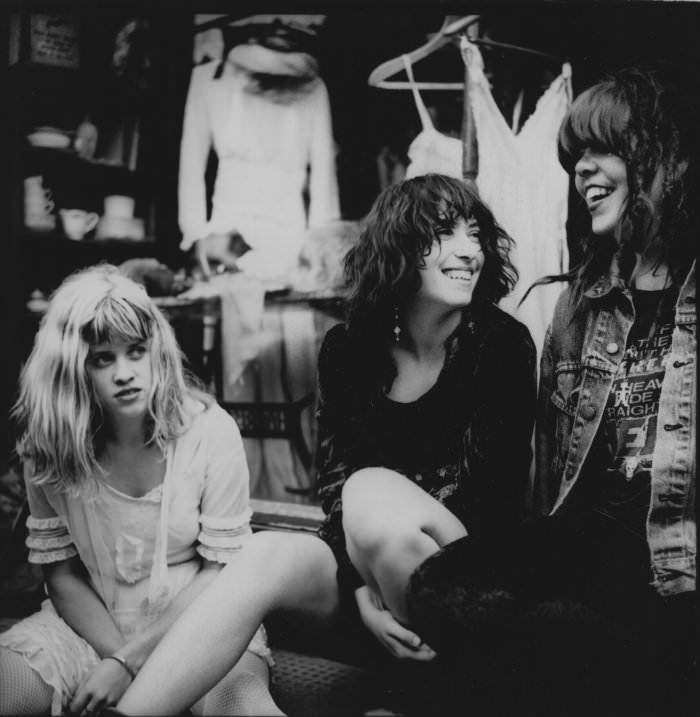 Babes in Toyland’s searing punk rock felt crucial to my survival as a teen in the ’90s. I was coming out of an abusive relationship, and the all-woman trio’s song “Bluebell” was a real source of power—especially when singer Kat Bjelland cried out, “Don’t try to rape a goddess.” My best friend and I drove around town blaring their music out of my car, exorcising our demons. Their songs gave me the permission to feel angry, and to honor myself.

And now Babes are back. Since 2014, Lori Barbero, Babes in Toyland’s founding drummer, and Kat Bjelland have been touring with Clara Salyer on bass. (Maureen Herman, the band’s previous bassist, was fired in 2015.) This week, Redux, a compilation of Babes in Toyland songs, will be released by Blank Records in Australia. It’s like Babes in Toyland’s greatest hits, and an ideal primer to their music.

Earlier in November, Lori and I talked over the phone about growing up with music, not wasting time on things that aren’t fun, and her advice on “never, ever, ever” caring about what other people think of you.

STEPHANIE KUEHNERT: What were you like as a teenager?

LORI BARBERO: Well, I’m the oldest of three children. In high school, my family moved out to Pearl River, New York. It’s a one high school town outside New York City. I was from Minneapolis, so I was used to the city. The small town…I just fled it and went into the city [during weekends]. It was bright. From where my house was—we lived on a hill—I could see New York. So I went into the city a lot, and I saw a lot of music. I liked music that was probably not as acceptable to a lot of ears as it was to mine. In high school, I loved David Bowie and I loved Queen. I remember going to the city and seeing a lot of punk stuff, [like] the Tubes and Patti Smith, and the New York Dolls. I was pretty lucky because it was just part of my life.

Did those bands influence what you wrote for Babes in Toyland?

When you’re in it, you can’t really analyze it. First of all, I never listen to anything I do. But I couldn’t analyze it because it is just a part of me. Kind of like when you’re in a relationship and you don’t know if it’s bad or good because you are just in it, it’s a part of your life. And then once you’re not in it, it’s a little easier [to look at it]. So, at least for me, it’s hard to hear. Maybe other people can do it. I can’t.

What made you want to form a band?

I always just wanted to play the drums. I never really cared about the guitar or the bass. Singing is pretty cool, too, but I didn’t really care about it. I love it, and I love watching it, but it wasn’t anything I really wanted to learn. I didn’t start playing with Kat until the ripe age of 26. Most people are probably retired and settled down by then.

That’s really awesome to hear. There is a lot of pressure to do it all now—like if you haven’t figured things out by the time you’re 18, then you can’t get on your path. But clearly you can get on it when you want to get on it.

Yep. That’s true, and I didn’t take lessons. I’m self-taught. If people want to take lessons that’s fine, but I realize now that taking lessons, to me, would have been learning to play drums like somebody else. If you teach yourself, you might have your own style and your own ideas. But it’s whatever works for you. There isn’t a right or a wrong. Music is music.

By the time Babes in Toyland formed, you were back in Minneapolis. What was it like being a part of the Minneapolis scene when Babes was starting out?

When we were starting out in 1986, it was pretty ripe. Ha! Yeah, we’ve been playing for 30 years now. Back then, it was a very small, intimate music scene. There were bands, but not like it is now where every other person you know is in a band. Back then, people who were in bands were kind of the oddballs. They needed a comfort zone and a release for their madness.

Babes was the first all-female band that a lot of my friends saw live. What was touring like back then?

When we toured, we didn’t have GPS and we didn’t have cell phones. So we got in a van, the three of us. I drove and we read paper maps. I had to find out the address [of the venue] and find out what time we were supposed to be there and figure out how long it was going to take to get there by mileage. Hopefully we wouldn’t run into any traffic, but we had to make sure we left early just in case. We had to hope that we had the right amount of time to get from point A to point B with a paper map and no cell phone.

It was great. There is nothing better than being on a road trip and traveling. My boyfriend Jack and I, we went up to California in April and kinda didn’t know how we were going to get there. But because we had GPS, we could take an exit and get on roads that ran parallel to the freeway and see things off the beaten path. You couldn’t really do that before with paper maps. I mean, you could, but there’s really nothing like being able to travel with no destiny, no time, no itinerary.

Aside from having GPS, what is being on the road like now compared to earlier?

It seems like places are a lot more uptight. It’s because they are trying to protect their venues and the musicians, but it didn’t used to be so uptight. There are places we’ve been to where there are lines on the floor and you can’t step on them or over them. It’s like…just buy some cattle prods.

Yeah, I get that. On your more recent tour, you’ve been out with bands like Skating Polly. What music are you excited about now?

I love Skating Polly. We also brought Kitten Forever with us. They’re a Minneapolis three-piece band that we really love, love, love. They’re super original and super great. But to be honest, I really don’t know as much about music as I used to. I have so many records—I don’t need anymore. And I’m happy with my old music.

What would you say has been the hardest thing about having a career in music?

Well, it depends. Being in a band and being in a touring band are two completely different things. There are lots of bands that never tour, and then there are bands that tour their whole careers, and that was us. If you’re in a touring band, you get paid to travel and see the world and experience new things daily. But you’re not really grounded. You’re sleeping on a floor in a sleeping bag somewhere and even when you’re getting motels, it’s just like, Ew, I really don’t want to sleep in a bed where 364 days a year there are different people sleeping here. Then there’s relationships—I didn’t have relationships when I was on tour, and even with my family [it was hard]. We didn’t have cell phones. You didn’t get to talk to them very much. You just get cut off from life for a while.

But I liked roughing it. I love traveling, and I love seeing things. That’s what life’s all about. It’s not about sitting in your hometown where you were born, never going anywhere or doing anything or experiencing anything or meeting anyone or taking risks. That’s pretty boring.

It sounds like the risk and the fun of it all is kind of worth the hard stuff.

At the end of the day, it was well worth it for me because I love doing what I do, but you have to sacrifice one thing to have another. You can’t have it all.

Your new album, Redux, is basically like if I made a mix of my favorite Babes songs, though honestly I would find that really hard to do. What prompted the decision to put the record out?

Basically, the guy who is putting the record out. He lives in Australia and wanted to do it because [our records aren’t available in Australia]. It wasn’t our idea, it was his. He had been a friend of ours and a fan since day one. We trust him, and we just told him, “It’s your record.” When we care about someone and we trust them, we don’t have to have all the control. Sometimes we need to have control, but this was his project.

Are you thinking of writing more songs together, or are you sticking with what you’ve got?

It would be nice to write new songs. I wish we could get that ball rolling. It’s really difficult. It’s hard to do. I would love to, but we’ll see what happens. We’ve talked about it for a long time.

If you could go back in time, what would you tell your teenage self?

Never, ever, ever care about what anyone thinks about you or your image—if you’re playing music, or not playing music. You are yourself. We are individuals. If one person hurts your feelings, I’m telling you, someone else’s feelings have been hurt 10 times more, and there is someone out there who will be your friend and your companion. All of us stick together. There are really compassionate people out there. All that matters is if you like what you are doing. Then you are doing a great job and should keep it up. You really can’t care about other people’s thinking because not everyone is going to like you, no matter what. No matter how hard you try, there are going to be a lot of people who don’t care. That’s just the way of the world. It doesn’t make a difference if it’s music or the way you dress or your political stance or the color of your house or the way you build a hamburger. As long as you like it, do it. And when it’s not fun anymore, don’t waste your time. If you can figure out a way to change it so it can be fun again, there needs to be a little tweak. But if it’s not fun for a long period of time, don’t do it just because you think you have to. You cannot do that. Because life is too short. You have to do what makes you happy. You’re the only one who can make yourself happy. ♦